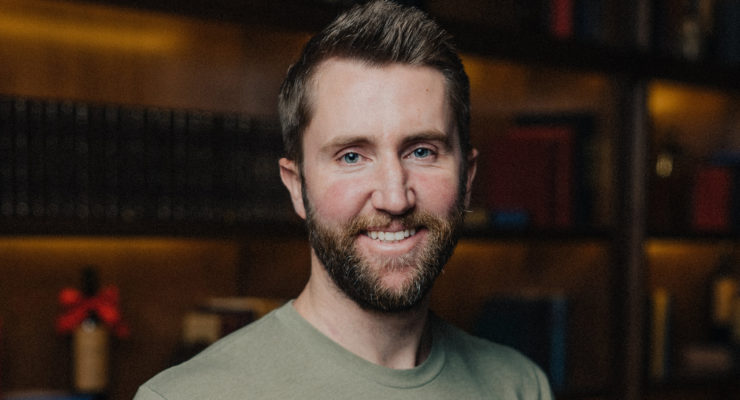 GUEST BLOG / REPOST FROM WESTCOASTERSD.COM--From the get-go, Matthew Zirpolo, co-owner and president of Carlsbad’s Burgeon Beer Co., respected the deep-seeded camaraderie of the San Diego brewing industry and wanted to play a part in harnessing that asset to do positive things for local brewers. When nominated to the board of directors for the San Diego Brewers Guild (SDBG) he happily ran and was elected by peers who believed in him. And when he was asked to serve as vice president for 2019, he enthusiastically accepted. Then an even bigger surprise came his way when unforeseen circumstances led to his vice presidency being accelerated so that he now holds that position for the remainder of this year. That also means Zirpolo will assume presidency of the SDBG on January 1, 2019, a full year earlier than originally planned. But he’s eager to face that challenge and do his best to continue the SDBG’s efforts to advance the cause of San Diego beer for everyone.

WEST COASTER: What are the most important things the Guild does for its members?

MATTHEW ZIRPOLO: The SDBG’s mission is to “promote awareness and increase visibility of fresh, locally brewed beer through education and participation in community events.” We consistently work to generate awareness for breweries by holding several large annual events like Rhythm & Brews, Guild Fest and San Diego Beer Week (which started yesterday and runs through Nov. 11), while also driving the marketing efforts behind each one. SDBG hosts monthly educational seminars to help breweries improve their business operations and brewing processes at a faster rate. Additionally, we work directly with the California Craft Brewers Association, which works very closely with the California Department of Alcoholic Beverage Control, state and national legislators to ensure any laws passed give our region’s independent craft brewers a fighting chance.

Q: What will your primary responsibilities be as Guild president?
A: Most importantly, I will focus on supporting the independent breweries of San Diego County in many capacities. In collaboration with the leadership team and executive director, we will progressively think of methods for maintaining the “Capital of Craft” title for San Diego. I’ll serve as an SDBG spokesperson and engage with media on the plans for 2019. The board and I will also work to generate and implement creative strategies aimed at educating the public about why supporting independent beer matters, as well as helping support and improve our brewery members’ businesses. I plan to stay current on everything surrounding San Diego County beer in order to truly be a resource for all members.

Q: What are some initiatives you are looking forward to most?
A: I am excited to showcase all the changes we’re planning for San Diego Beer Week this November. The Guild Fest VIP Experience is now on a Flagship Cruise liner that will serve rare beers and food. We have invited all California guilds to participate in the main event as well as our international neighbors in Baja California. Additionally, this year we are also encouraging individual breweries, restaurants and bars to hold their own San Diego Beer Week kickoff event tonight Friday, November 3 with a countywide virtual cheers happening at 7:30 p.m. via social media.

Q. How do you feel the Guild can grow as an organization communicating the quality of San Diego beer?
A. I believe that, as an organization, it’s our responsibility to find innovative ways to keep consumers intrigued by San Diego beer. We can do this by marketing to larger audiences, improving our events and social-media strategies. Through these platforms, we educate the public on the importance of local craft beer. We can also continue to focus on being a resource for brewery education, helping improve quality and raise the bar for San Diego beer.

Q. Are there any industry veterans you have consulted thus far?
A. Yes, I already have and will continue to seek advice from former and current presidents Jill Davidson (Pizza Port Brewing) and Paul Sangster (Rip Current Brewing). I will also work closely with SDBG executive director Paige McWey-Acers to carry out plans set forth by the SDBG and board of directors.

Q. Why is it important for local, independent breweries to band together?
A. Burgeon Beer has been open for about two years now and if there is anything I have learned in that time, it’s that breweries need to join forces and work together. As an entire community, we’re capable of crating a strong, united front, setting an example for the rest of the nation to follow. This will allow us to improve the beer industry in San Diego so we will not only be known for having the most breweries, but also the best breweries in the world.