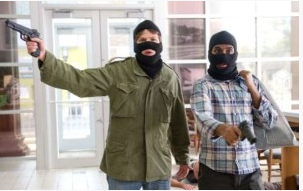 GUEST BLOG / by Alain Stephens, an investigative reporter at inewsource.org.

The San Diego County District Attorney’s Office plans to challenge a new state law that could release from prison people serving time for murder when they didn’t do the actual killing but were accomplices.

California lawmakers continue to change criminal justice laws in an effort to make it more equitable and less burdensome on minorities and women.

Assistant District Attorney David Greenberg told inewsource that the first time an accomplice convicted of murder in the county petitions for resentencing under the law, which took effect Jan. 1, the office intends to question its constitutionality.

His boss, District Attorney Summer Stephan, and other district attorneys throughout the state, have argued the Legislature didn’t have the authority to change the murder accomplice law without asking voters to approve it first.

“I think we have an appropriate argument that it’s not constitutional,” Greenberg said.

Because the law is retroactive, Greenberg said cases dating to the 1960s could be brought up for review. So far, his office has calculated that about 140 accomplices convicted of murder in the county since 2006 are in prison and would be eligible to have their sentences reviewed.

“That’s going to take a lot of time and effort,” Greenberg said. “There are going to be people that are dangerous, where their murder conviction will be vacated and they’ll be released.”

Supporters of the legislation have estimated that as many as 800 murder convictions in the state could be affected.

Britt said the positive he sees with the change is that for prosecutors to get a murder conviction against an accomplice in the future they will have to prove the person planned or directly helped in the killing.

“I think it will save a lot of people who are sort of on the wings from facing murder charges, and actually holding people accountable for what they’ve done,” Britt said.

One high-profile local case that falls under the law involves Kurese Bell, who was convicted of murder in 2016 after his partner in the holdup of a North Park medical marijuana dispensary was fatally shot by a security guard. Bell also was convicted of attempted murder for shooting the guard during the robbery.

In another case, three Fallbrook gang members were convicted of murder and received lengthy prison sentences for the stabbing death of Hugh Pettigrew III. The 33-year-old man was randomly attacked while walking to a family member’s house in January 2016. There was grainy video of the stabbing, but it didn’t show who was armed with a knife.

Britt told inewsource the local Public Defender’s Office plans to review about 1,200 cases it thinks might fall under the changed law. The public defender’s numbers are higher than those cited by Greenberg because of a difference in how each office is interpreting it.

The law may also apply to accomplices threatened with a murder charge who pleaded guilty to a lesser charge, Britt said. He added that the public defender has not yet decided how to treat those kinds of cases. 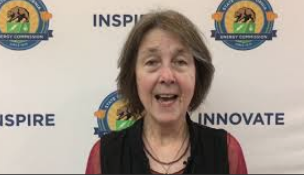 State Sen. Nancy Skinner, [left] a Democrat from Berkeley, has said she authored SB 1437 to fix California’s felony murder law, which she contended “irrationally treats those who did not commit murder the same as those who did.”

Supporters of the legislation, including Re:Store Justice, said the way prosecutors applied the law to accomplices disproportionately affected youths, minorities and women.

Skinner got her bill through the Legislature with support from some Republicans, including then-Sen. Joel Anderson of Santee. At a news conference days before the measure passed, Anderson said, “There is nothing more wrong than sending somebody to jail for the rest of their life because they were in a car waiting for their friend to come back with their Slurpee. They never committed the murder.”

Gov. Jerry Brown signed the bill in September. California now has joined other states, including New Mexico, Massachusetts, and Michigan, which also have curtailed when accomplices can be convicted for murder.