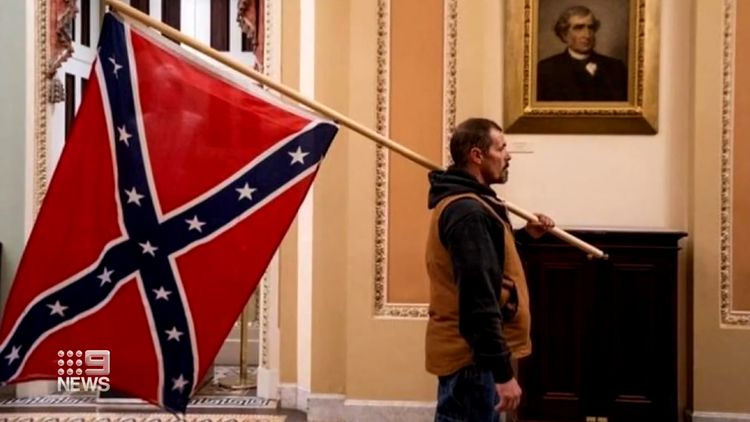 A federal judge on Wednesday convicted Kevin Seefried, a Confederate flag-toting man and his son, Hunter of charges that they stormed the U.S. Capitol together during the riot on Jan. 6, 2021, to obstruct Congress from certifying Joe Biden’s presidential victory.

U.S. District Judge Trevor McFadden convicted both Delaware men of a felony count: obstruction of an official proceeding, the joint session of Congress for certifying the Electoral College that day.

The judge also convicted the Seefrieds of misdemeanor charges that they engaged in disorderly conduct and illegally demonstrated inside the building. But he acquitted Hunter Seefried of other misdemeanor charges for clearing a shard of glass from a broken window at the Capitol. They will remain free pending separate sentencing hearings in September.

A felony is a lifetime tattoo.  Happy Father's Day!