How did the J-Six Committee’s star witness do under pressure?:
GUEST BLOG / By Jon Allsop, The Media Today columnist with the Columbia Journalism Review:

“BREAKING NEWS: The Jan. 6 committee abruptly scheduled a session for tomorrow to hear ‘recently obtained evidence’ and witness testimony.” “The committee released names of witnesses for *prior* hearings. They're NOT doing so ahead of tomorrow. It adds a layer of intrigue and hints at a blockbuster.” “I think we have more information right now as to who it’s not gonna be as opposed to who it is gonna be.” “There are a number of excellent reporters who have been on the Jan. 6 beat for the last year and a half. That not a single one has (to my knowledge) gotten the go-ahead to reveal tomorrow's testimony/witnesses yet is... kind of amazing.” “NEWS: Cassidy HUTCHINSON will be the surprise witness at the Jan. 6 hearing tomorrow.” “What’s not known is why the committee is rushing her out into public today.” “I'm told the panel would not have called such a sudden hearing (members flew in last-minute from across the country) unless it would contain significant revelations.” “BETTER BE A BIG DEAL.”

THE JAN. 6 TESTIMONY REALLY WAS EXPLOSIVE

The New Yorker’s Susan Glasser tweeted, “For once when someone promises ‘explosive’ testimony, this hearing delivers.”

And NBC News presidential historian Michael Beschloss tweeted, “When in history have we ever heard testimony before Congress this shocking against a President of the United States?”

All were reacting to the testimony given Tuesday by Cassidy Hutchinson, a former aide to Mark Meadows, President Donald Trump’s final chief of staff. Hutchinson spoke before the House selection committee investigating the insurrection on Jan. 6, 2021.

New Yorker's Glasser was right. Sometimes, the media uses words like “explosive” or “bombshell” to describe certain events, even when the events really aren’t that strong. In this case, however, the words “explosive” and “bombshell” and “stunning” don’t feel potent enough.

Then again, CBS News’ Robert Costa said, “What we just heard in this testimony wasn’t a bombshell. This was history. We are watching history unfold.” 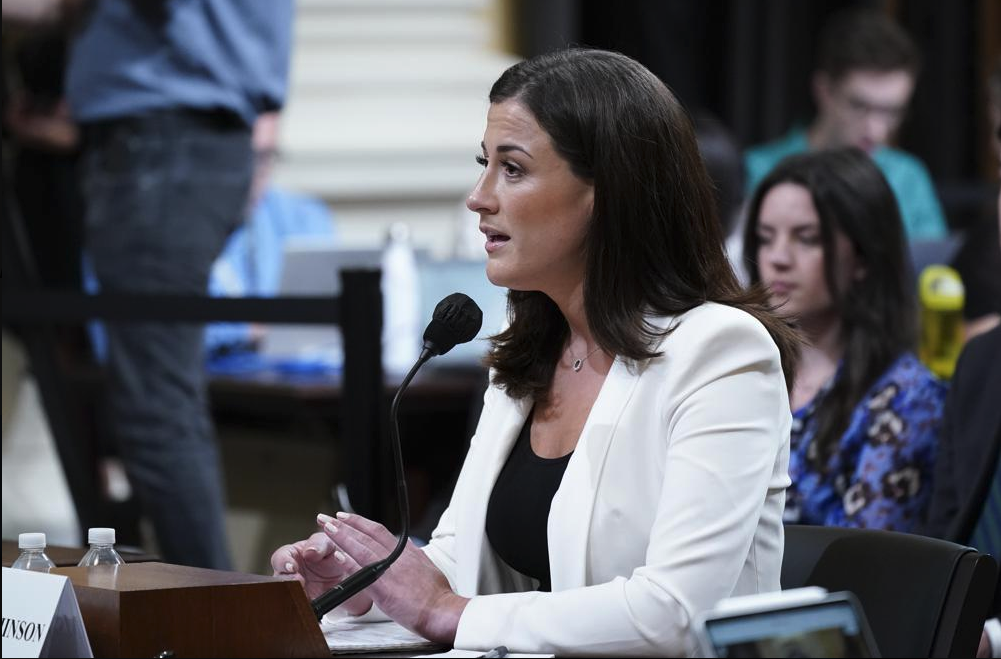 • Trump knew that the crowd he amassed in Washington on Jan. 6 was armed and could turn violent, and yet he wanted security to be lowered because he knew he, personally, was in no danger. Hutchinson said that Trump said something to the effect of, “You know, I don’t (expletive) care that they have weapons. They’re not here to hurt me. Take the (expletive) mags away. Let my people in. They can march to the Capitol from here. Let the people in. Take the (expletive) mags away.” (“Mags” are metal detectors.)

• While being driven in his car, Trump lunged to take the steering wheel away from a member of the Secret Service when he was told he could not go to the Capitol. “I’m the (expletive) president. Take me up to the Capitol now!” he said, according to Hutchinson. When Trump was told by the head of the Secret Service detail to take his hand off the steering wheel, Trump then used his free hand to lunge toward that Secret Service agent. Hutchinson testified that this was what she was told by Tony Ornato, the former White House chief of operations. The Associated Press reported Tuesday night that a “person familiar with the matter” said the driver and Ornato are willing to testify under oath that no agent was assaulted and Trump never lunged for the steering wheel.

• Other examples of Trump’s anger was him throwing a plate with ketchup on it against the wall and being “(expletive) irate” because the crowd was not big enough to listen to him speak on Jan. 6. There was much more to Hutchinson’s testimony — and pretty much all of it appeared devastating to Trump, especially the part that Trump knew the day could turn violent.

The Atlantic’s David A. Graham wrote, “That is the most damning moment to emerge from the hearings so far. Trump’s supporters’ defense of the president’s behavior that day up until now has been that he simply wanted a peaceful demonstration, and didn’t anticipate the violence that broke out when his supporters stormed the Capitol. Some allies have denied that demonstrators were even armed. The defense has never been especially plausible, but Hutchinson’s testimony demolishes it.”

In a nutshell: Trump knew the mob was armed and could turn violent, he wanted to join them in storming the Capitol and became irate (and physical with the Secret Service) when they stopped him.

One unnamed Trump adviser told CNN, “This is a bombshell. It's stunning. It's shocking.”

Vanity Fair’s Bess Levin wrote, “It’s hard to say which of Hutchinson’s revelations were the most damning.”

On his Truth Social site, Trump said he “hardly know(s)” Hutchinson and called her “bad news.”

But former Trump White House chief of staff Mick Mulvaney said, “I know her. I don’t think she is lying.”

And Baier, on Fox News, said, “Cassie Hutchison is under oath, on Capitol Hill. The president is on Truth Social making his statements.”

CNN’s Chris Cillizza wrote, “Trump comes across as a man desperately clinging to power, resistant to any attempts to curtail what he believed to be his absolute power to do whatever he wanted — up to and including remaining in office by any means necessary. It's an ugly portrait. And, unfortunately, an accurate one.”

There wasn’t even supposed to be a hearing on Tuesday. The House select committee called it at the last minute, saying they had a surprise witness with important testimony.

That was an understatement. This was someone who was, as CBS News’ Caitlin Huey-Burns said, “a fly on the wall,” someone who saw and heard many of the things she testified about last Tuesday.

Mulvaney tweeted, “Things went very badly for the former President today. My guess is that it will get worse from here.”

New York Times political correspondent Michael C. Bender tweeted, “The talons are out in Trump World for Cassidy Hutchinson in an attempt to undermine her credibility — but there's also a sense of dread about implications for Trump. ‘It’s a killer,’ a well-placed Trump adviser told me.”

In an analysis piece for The Washington Post, Dan Balz wrote, “Trump’s presidency and its aftermath — his actions in office and his perpetuation of the lie that the 2020 election was rife with fraud and therefore stolen — have left many Americans without the ability to be shocked or surprised, whether through fatigue or mere disinterest. In measured and careful language, Hutchinson punctured that indifference.”

As Balz noted, it will be up to the Department of Justice to determine whether Trump should face legal consequences. But this could hurt him politically. Balz wrote, “More Republicans will be asking themselves if this is the person they want as their nominee in 2024. Taken as a whole, it was devastating in the extreme.”

The hearings are not over. More will follow in July. But Tuesday? Tuesday was a stunner. Or as New York Times chief television critic James Poniewozik wrote, “It was a beast.”

Veteran journalist Wesley Lowery put it in smart perspective when he tweeted, “there's been so much important journalism done on the Trump administration and Jan 6 - so much of it confirmed during these hearings. And also, the allegations today are ground-shaking and, before today, completely unreported. Makes them even more stunning.” 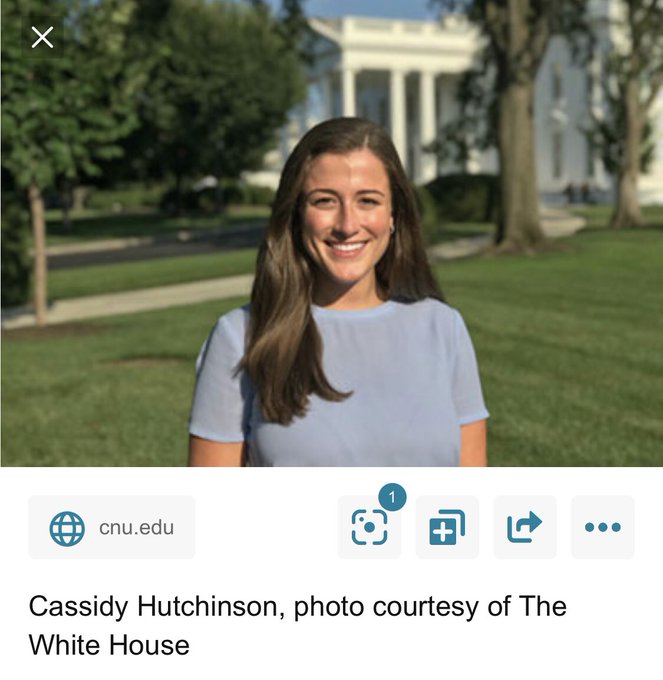