TOUGH COP/AUTHOR IN TRIAL OF HIS LIFE


UPDATE: Tom Basinski died after a valiant fight with cancer.  He passed away March 24, 2015 with his family at his side.

Editor’s Note:  Long time friend Tom Basinski is a hero to my family and to his and a lot of other persons who know him.  He’s a regular columnist for the Chula Vista Star News, his hometown newspaper.  The Star kindly allows this blog to reprint Tom’s articles.  Tom is a renaissance cop; he dropped out of a Texas seminary in his 20s and chose to be a policeman in Flint, Michigan.  He traded a priest’s collar for making collars on felons in a city that once was called the murder capital of North America.  That distinction has been passed on (is that pun?) to Juarez, Mexico.  Moving west Tom became a cop with the Chula Vista PD and then an investigator for the San Diego District Attorney.  I met him playing softball in a lawyer league. We both moan that no one wants to publish our fiction.  I gave up trying.  He didn’t.  Over the years, he wrote true crime stories until all the true crime magazines in America went broke.  Undaunted, he turned to writing true crime books. Two of them were published by Berkley Books. You’ll find No Good Deed and Cross Country Evil on Amazon.com/books.  Order one or both and you’ll be in for a witty, yet tough work of crime journalism.

TRIAL OF A LIFETIME—Guest blog by Tom Basinski--I'm getting ready to start my trial. Not a criminal or civil trial, but a clinical one. It has been four years, to the week, that my wife and I received that gut-shot pronouncement from the gastroenterologist: “Tom has cancer.”
Those of you who read me regularly know what has happened since then. I’ve had chemotherapy, 48 radiation sessions, three surgeries, a colostomy, a bunch more chemo sessions, and a targeted cancer drug infusion that made my face look like a Halloween mask and the rest of my body resemble a modern-day leper. 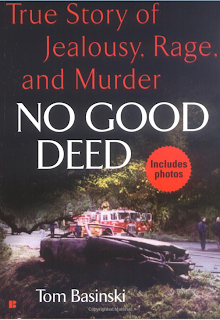 All is not lost, however. I did qualify for a clinical trials program at the Moores Cancer Center, affiliated with the University of California at San Diego. My second opinion doctor, Tony Reid, is heading up the study.

When I initially sought the second opinion at the Moores Cancer Center I was beside myself with doubt and remorse.

My original oncologist is Dr. Marilyn S. Norton and I can’t say enough good things about her. I reluctantly and apologetically told her I would like to get a second opinion, but I felt guilty about doing it.

Dr. Norton swatted me on the arm with the back of her hand and said, “We love second opinions. Don’t feel bad.”

Although Dr. Reid at Moores sees a few patients, he does mostly research. Along with his M.D. he has a Ph.D. too. 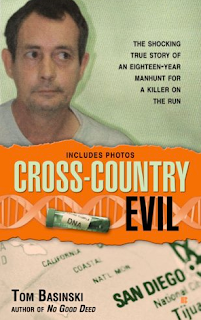 Back then, Dr. Reid agreed with Dr. Norton’s treatment plan so I resumed going back to her after meeting a few times with Dr. Reid. (It’s much easier to drive to Sharp Chula Vista hospital than it is to go to La Jolla.) So, when the treatment I just had failed and the lung lesions started to grow again, I went back to Dr. Reid who is heading up the clinical trials study.

For those of you who don’t know, a clinical trial offers medicines that are not yet approved by the Food and Drug Administration. Science research professionals who think they are onto something begin by experimenting their findings on animals (Sorry PETA folks. If you don’t like animals being used, please go down to the research center and offer up your own bodies).
As for me, I’d like to live long enough to enjoy a few craft beers and the companionship of my wife and sons and their families.

So far the drug I will be receiving has been in the mix for a year with mostly favorable results. The drug doesn’t work on everyone so we will see how I am affected.