MEDIA MONDAY / DON’T KNOW WHETHER TO LAUGH OR CRY

BRUTAL COUPLE OF WEEKS--Second day stories (to those outside the media choir) is a journalism term for follow up reporting as in what we’ve been reading since the April 15 Boston bombing.  A good benchmark for good second day reporting is if the article brings out news that hasn’t emerged in the two weeks since the terror attack at the Boston Marathon.  A good example of that reporting appeared in the Sunday, April 28 edition of the Los Angeles Times: “Troubled Trail Led to Boston.” 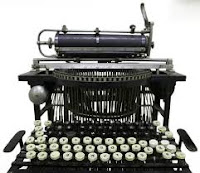 Column One reporters Kim Murphy, Joseph Tanfani and Sergei L. Loiko put forth an excellent recap of the tragedy and added new information.  For example, using me as an example, I did not know until I read the Times story that the brothers allegedly killed the MIT cop for his service revolver but didn’t know how to unsnap the holster’s safety feature. Motive was they needed the weapon because they were leaving town with only one revolver.

The Times piece points out how unplanned the brothers escape really was: “Yet it did not appear meticulously planned.”  Also, the article reveals that the father of the alleged scumbags was an amateur boxer himself and acted as the older brother’s trainer.   It reveals domestic violence charges against the elder brother were dropped.  Also, this particular article mentions the sisters and wife, but like the rest of the media in little detail.  The article jumps from page one to the back of the A-section.  Follow up images are laid out in clear magazine style format: overall, a solid job by the Times staff.

The entire story is on the web: http://www.latimes.com/news/nationworld/nation/la-na-boston-suspects-20130428-dto,0,15030.htmlstory

ZINGERS AT CORRESPONDENTS DINNER
The DC media, which many believe exists on an island, held a luau for itself  and lots of stars showed up for the annual correspondence dinner.  Even with top Fox media management in tow at the dias, the President got in the spirit of the event.  For a few moments, smiles were seen in DC after what has been a brutal two weeks of bad news.  In case you missed the CSPAN (broadcasting with the mute on) coverage of the media bash, Presidential and comedy-host zingers can be found at the following sites:

STRONG COFFEE / LOCAL NEWS
Eliza Barclay at KPBS did a first rate feature on Publisher John Rippo, who for the past 16 years has been publishing/editing/reporting for his “The Espresso” newspaper.   Has it been that long, John?  Check it out here:
http://www.npr.org/blogs/thetwo-way/2013/04/28/179626763/obama-and-obrien-take-jabs-at-politics-and-media-highlights

TWO DECADES FOR NORTH PARK NEWS
With its May edition North Park News marks its 20th anniversary.  The neighborhood monthly has been publishing non-stop since May 1993 under three different owners:  Founders Tom and Phyllis Shess then Gary Shaw and Tim McClain and finally Bob and Rebekka Page with Manny Cruz. 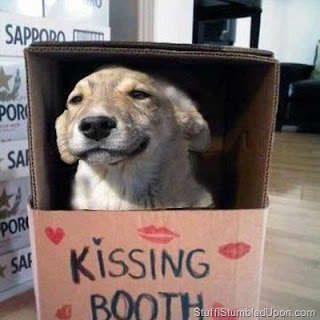