THE DAY THEY SHUT DOWN SAN DIEGO’S TROLLEYS 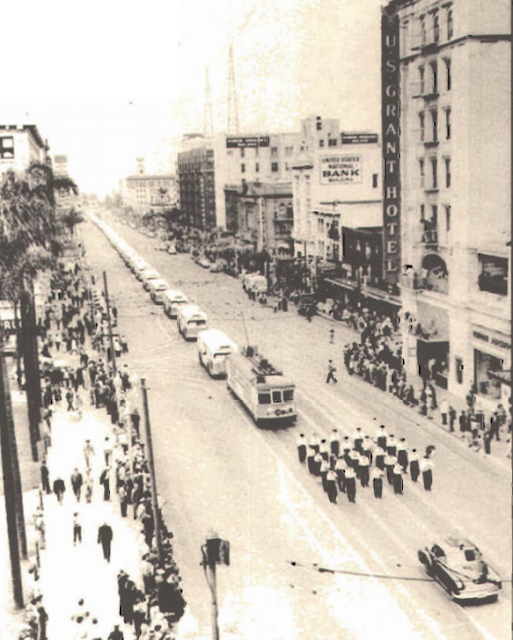 WE’VE HAD BETTER DAYS--Hindsight has 20-20 vision, success has a thousand fathers and failure is an orphan.  That pretty much sums up San Diego City Fathers decision to cease trolley operation in San Diego on April 23, 1949 and replace the electric rail system with smoggy buses.

It was such a highly thought of transition in transportation that on that day the elected management of the city held a parade to celebrate the change over.

Sad when you think about it.

The bus lines ran into financial trouble in the decade after this picture was taken and talk of the town returned to trolleys.

By 1981, the red trolleys returned to San Diego and there’s even talk in 2013 about running a trolley line from downtown to Lindbergh Field.

What a concept.  Let’s throw a parade if that ever happens.

Image: Internet image most likely originally from the archives of the San Diego Historical Society, now the SD History Center in Balboa Park.