MYSTIQUE MAKERS—This blog has posted items on Marilyn Monroe before because she is interesting copy today as she was in America’s remarkable 50s & 60s.  Personally, I was a Kim Novak aficionado as a pubescent teen, much as I preferred the Rolling Stones over the Beatles and the Giants over the Dodgers and Ike over Stevenson and the Kingston Trio over Elvis.

But as legends go, Marilyn far outshone Kim Novak, who was no shrinking violet thanks in part to a remarkable cadre of photographers, who became famous in their own right as chroniclers of all things Marilyn.

The Internet is rife with the stories of Marilyn’s photographers and each has a remarkable story.  She had a great report with the media, especially photographers.  She was smart.  Cameramen created and maintained her Hollywood persona.  That image translated into cash. “Shall I be her,” she reportedly said to Colin Clark in “My Week with Marilyn."

PBS aired a feature on MM's photographers and can be found at: http://www.pbs.org/wnet/americanmasters/database/monroe_m_bios.html.”

Sam Shaw was a studio photographer and one of Marilyn’s first photog buddies.
The famed billowing skirt shot was taken September 15, 1954 during the filming of the “Seven Year Itch,” by photographer Sam Shaw. For more shots by Shaw link to: http://www.biography.com/people/marilyn-monroe-9412123/photos
Shaw’s coffee table book titled simply “Sam Shaw,” contains many Monroe shots that remain fairly out of the mainstream.  Videos using Shaw images dot YouTube: http://www.youtube.com/watch?v=Z682eVmGtq8
For a decent bio of Marilyn by History Channel link to http://www.history.com/this-day-in-history/famous-marilyn-monroe-skirt-scene-filmed

Another photographer/friend was Milton H. Greene, whom she partnered in a production company.   Here’s a fascinating tribute website: http://www.immortalmarilyn.com/MarilynPhotographerMiltonGreene.html

Then for a brief shining moment in England, there was Colin Clark, who was recently a character in the film, “My Week with Marilyn,” starring Michelle Williams.  In his own words, Colin Clark describes is week:  http://www.dailymail.co.uk/home/you/article-2054116/Marilyn-Monroe-Colin-Clark-recalls-relationship-Hollywood-legend.html

Later in her career, Marilyn was photographed by long time studio/publicist/lensman George Barris. http://www.immortalmarilyn.com/MarilynPhotographerBarris.html  He snapped some of the last images of Marilyn in 1962.


However, Bert Stern, who at age 33, is credited with Marilyn Monroe’s last photo session. His best known work is arguably The Last Sitting, a collection of 2,500 photographs taken of Marilyn Monroe over a three-day period, six weeks before her death, taken for Vogue. Stern published “Marilyn Monroe: The Complete Last Sitting in 1992.”

Arnold Newman photographed Monroe in 1962 as part of a photo session including Marilyn and icon American poet Carl Sandburg.  The black and white image below is an inset take from a larger Newman photograph. 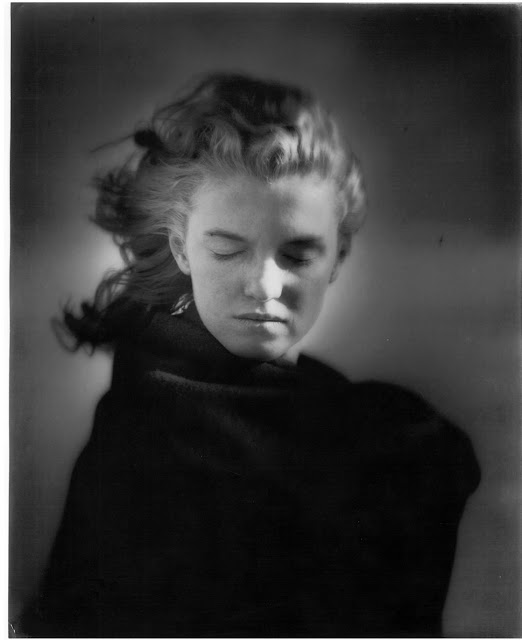 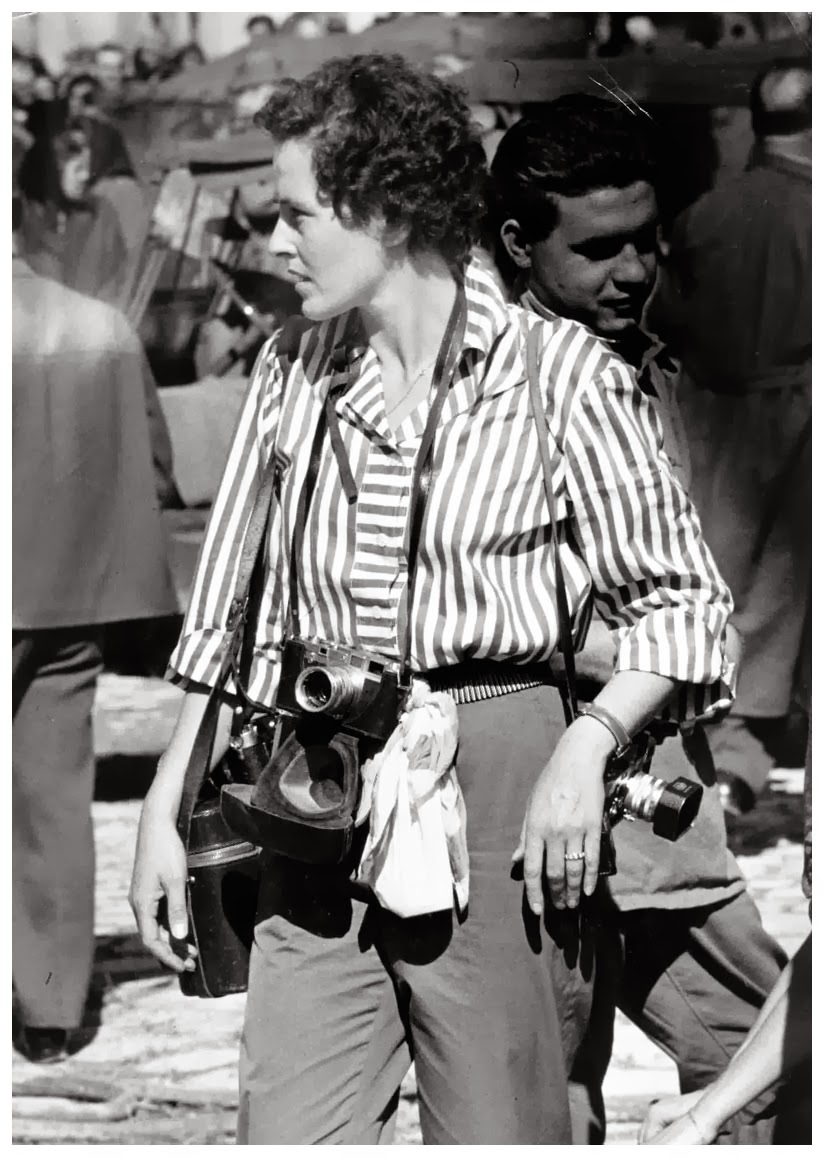 Austrian-born Ingeborg Morath was the set photographer during the filming of "The Misfits," starring Clark Gable and Marilyn Monroe.  The image of Inge was taken in 1958 by Yul Brenner before her "Misfits" assignment. 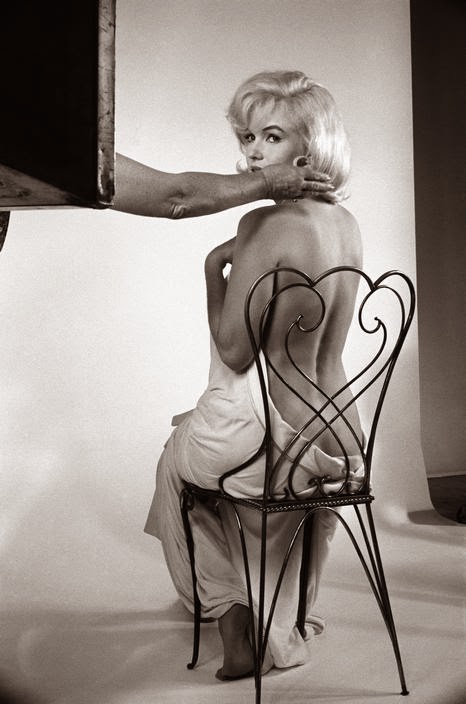 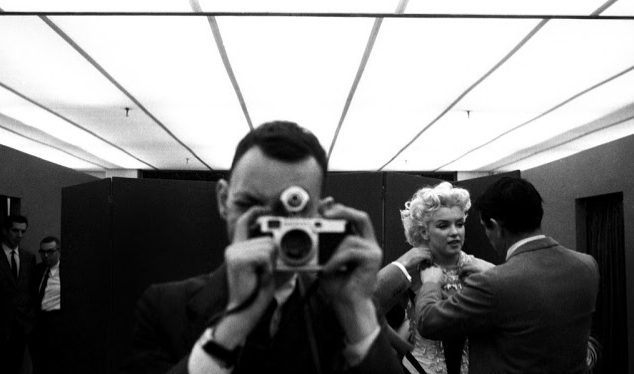 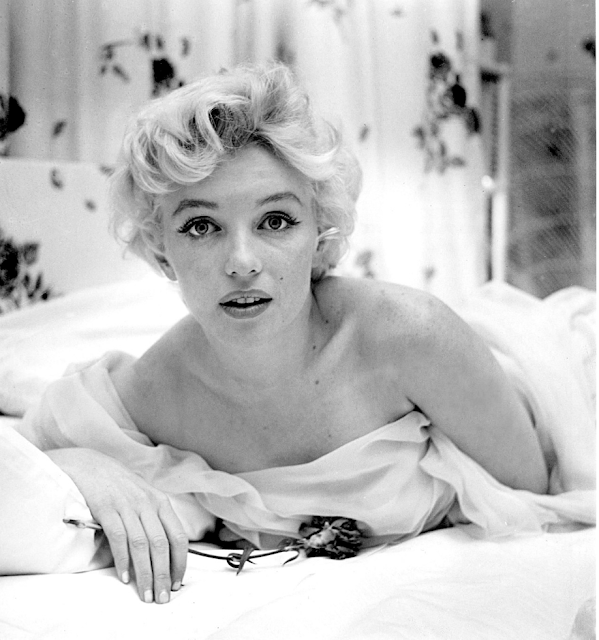 Above: Cecil Beaton on assignment for Harper’s Bazaar magazine, Feb. 22, 1956. Below:  Beaton is photographed with Monroe by his photo assistant Ed Pfizenmaier at the Ambassador Hotel on same date. 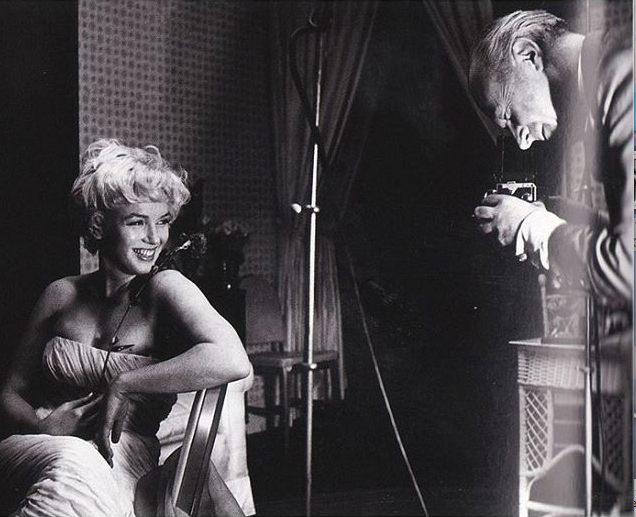