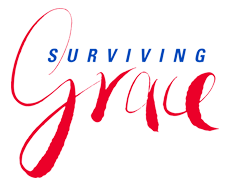 ENSEMBLE PERFORMANCE--On Friday, September 27, 2013, a star cast will take the stage for a special ensemble reading of Act 1 of Surviving Grace, an original play penned by comedy writer Trish Vradenburg (“Designing Women,” “Family Ties,” “Kate and Allie”), and co-founder of USAgainstAlzheimer’s, a national advocacy organization committed to stopping Alzheimer’s by 2020. Based on Trish’s experience as a caregiver to her mother who died of Alzheimer's in 1992, Surviving Grace is a brutally honest, irreverent and moving story – laced with humor – that sheds light on the emotional ups and downs that 15.4 million Alzheimer’s caregivers in the U.S. go through each day.

The play will arrive in San Diego following a star-studded reading earlier in the week in Los Angeles, and has also been produced at The Kennedy Center, off-Broadway, cross-country and in Sao Paulo, Brazil. The first celebrity reading was at The Phillips Collection in Washington, DC last fall.

The performance will take place at Shiley Theatre on the campus of the University of San Diego and boasts a legendary cast including local philanthropist Darlene Shiley, Helen Reddy, Diane Rehm, Marilu Henner, Susan Taylor, Robert Foxworth and Jim Laslavic.

The San Diego production is being presented by USAgainstAlzheimer’s, which is mobilizing individual, political, business and civic leaders to achieve the goal of ending Alzheimer’s by 2020, and B.A.B.E.S “Beating Alzheimer’s By Embracing Science,” an organization dedicated to harnessing the power of women to beat Alzheimer’s by raising funds to support the most promising Alzheimer's research.

The evening will begin with a reception at 6 p.m., followed by the play reading at 6:45 p.m., and dinner with the cast at 8:30 p.m. To purchase tickets in advance or to learn more about sponsorship options, please visit: www.survivinggrace.org/show/sandiego.

“I thought my mom was invincible, but she was no match for Alzheimer’s. I watched helplessly as her mind, her dignity, and finally her body vanished into the unforgiving chasm of Alzheimer's,” said Trish Vradenburg. “So why a serious play with a large dose of humor? Because that's how I survive life – if you don't laugh, you'll cry. We have to bring this disease out of the shadows and into the spotlight; that is why I wrote Surviving Grace and why I'm excited to be sharing it during this special event.”

Alzheimer’s affects one in three seniors, and is the sixth leading cause of death in the United States. The number of Americans with the disease is projected to triple by 2050 – from 5.4 million to nearly 16 million – unless we find a treatment or cure, and ten percent of victims are between the ages of 40 and 65.

“Through my past experiences as a caregiver for my mother, uncle and aunt with Alzheimer's, I’ve seen firsthand that Alzheimer’s is a disease that will stop at nothing to take things – moments, memories and loved ones – away,” said Darlene Shiley. “However, Alzheimer's advocates remain driven by the knowledge that with the proper resources we can stop this disease and spare future generations from it.”

Alzheimer’s also has a disproportionate impact on women, who represent nearly two-thirds of Americans with the disease and 70 percent of caregivers.

“As a woman, I am twice as likely as a man to get Alzheimer’s in my lifetime, and two to three times as likely to act as a caregiver to a family member with the disease,” said Helen Reddy. “Anyone who cares about women’s rights should care about finding a cure for Alzheimer’s – which is why I am so excited to be a part of this special production of Surviving Grace.”

Jamie Tyrone, RN, founder and CEO of B.A.B.E.S., knows all too well the devastating effects of Alzheimer’s on individuals and family members. She also knows her genetic status, which puts her at a 91 percent lifetime risk of getting Alzheimer's disease.

"I am so afraid of this disease, not for me, but for my family, who may become caregivers in the future.  We as a family have been down this road before, and I have committed to spend the rest of my life fighting this insidious disease,” Tyrone said, noting that B.A.B.E.S. concentrates on creating joyful and meaningful fundraisers to support the most promising research to combat the enemy called Alzheimer's.

In order to spur action around the growing concern of the impacts of Alzheimer’s on women, USAgainstAlzheimer’s recently launched WomenAgainstAlzheimer’s – the first national network of women in leadership positions working to speed the pace of research and build momentum to end Alzheimer’s disease – during its inaugural summit in Washington D.C. The network includes activists, lawmakers, philanthropists and other outspoken women’s advocates who are enraged and engaged in the mission to meet the national goal of finding a treatment or cure for the disease by 2025.

“Alzheimer's takes a huge emotional, physical, and financial toll not only patients, but also on families and caregivers,” added Marilu Henner. “We need to do all that we can to amplify the voices of those impacted by Alzheimer's, which is why I'm honored to be a part of Surviving Grace."

Researchers believe that it is possible to stop Alzheimer’s within the decade if the right resources are appropriately applied – just as we did for HIV/AIDS in the 1990s. In support of this goal, proceeds from the Surviving Grace San Diego production will benefit the Shiley-Marcos Alzheimer’s Disease Research Center at the University of California, San Diego and WomenAgainstAlzheimer’s.

B.A.B.E.S. “Beating Alzheimer’s by Embracing Science” is an all-volunteer 501(c)(3) nonprofit organization dedicated to raising funds to support the most promising Alzheimer’s disease (AD) research.  Because women are disproportionately affected by AD, the grassroots organization aims to capture the creative synergy of women in helping fine a cure. For more information about B.A.B.E.S, visit www.alzbabes.org.