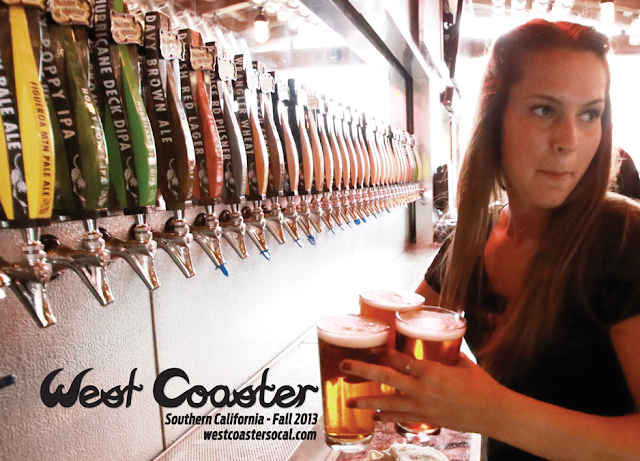 PROVING A POINT—No where is craft beer more appreciated than in San Diego County.  Southern California’s leading craft beer magazine has just published its quarterly listing of San Diego County-based craft beer breweries.  “We’re up to 74 operational breweries as of mid-September,” says West Coaster magazine editor Ryan Lamb.  “Plus there are 38 other ones in the works.”  That’s lava hot!

UPDATE: As of summer 2014 there are now 80 plus breweries in operation in San Diego city and county.

UPDATE #2: As of January 2015 there are now 99 independent craft breweries in San Diego County.

UPDATE #3: As of October 2015 there are now 115 independent craft beer breweries in San Diego County.

For an additional directory of open-for-business locations, such as beer bars, bottle shops and breweries: please see West Coaster’s website’s directory at www.westcoastersd.com 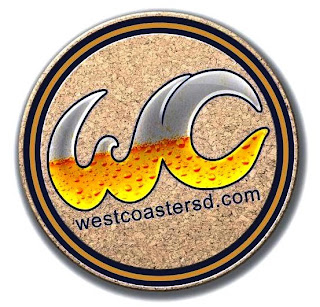 WEST COASTER’S CHANGE LOG
9/10/13
Barrel Harbor is now open in Vista and Taproot Brewing shall be located in Escondido. (Thanks Cat K.!)

8/22/13
Fallbrook Brewing Co. is up and running in soft-opening mode – added to Active list and removed from Planned list.

8/19/13
Added in some more info for Council Brewing into the Planned list.

8/9/13
Pizza Port Bressi Ranch has been up and running for a little while now. Removed from Planned and added into the Active list. Thanks Matt C.!)

7/3/13
Mad Lab is moving. Closed until further notice, removed from Active list and added into Planned list. In the Planned list, Red Topper is now known as Council Brewing (thank you Travis H.!)

5/20/13
Stone Liberty Station is alive! BNS + Modern Times are brewing but both are not open to the public yet. Added those 3 to the Active list and removed them from the Planned list. Added Brew Brothers and The Homebrewer to the Planned list.

5/8/13
Bolt Brewing is planning a return. Added to Planned list.
La Jolla Brew House is closed for good. Looks like some one new is going to open in their spot. Added to the Planned list.

4/21/13
Just heard about BP opening in Little Italy. Added to the Planned list.

4/5/13
El Cajon Brewing Co. has closed. Removed from Active list. Looks like the space / equipment may be available for anyone interested. Article here: http://www.nbcsandiego.com/entertainment/the-scene/El-Cajon-Brewery-Closing-Its-Doors-201160231.html ALSO, forgot to remove Culture Brewing Co. from the Planned list, so the count of breweries-in-planning is 33 not 34. Nice catch Charles L.!

3/26/13
St. Archer has been brewing for a few weeks now; added to Active list. Met Magnetic Brewing at Mission Valley Craft Beer Fest; added to the Planned list. Hess is coming along; updated Expected opening date from 2012 to 2013. Also, forgot to thank Claudia F. for the info on the last update Re: Barrel Harbor; added into Special thanks list.

3/8/13
Wordpress ghosts decided to rearrange things in the Planned list. Cleaned it up and fixed the number of breweries in planning: 33.

2/26/13
Acoustic is alive – no tasting room but beer is on tap around town – removed from Planned list and moved into Active list. Also, added new website for Bagby Beer.

1/8/13
Added new info for Butchers in the Planned list (location, opening date). Moved ChuckAlek + Coronado Bay Park to the Brewery List (opened 1/5 and 1/4 respectively) – removed both from Planned list. Updated Acoustic Ales with new info in Planned list and removed the Encinitas Ale Works brewery because we discovered that it is Acoustic Ales. (Thanks Charles L.)

1/6/13
Added Encinitas Ale Works / Public House Brewery to Planned list. Don’t have a name, but it will be located in the old Mission Brewery building on Washington St. in Midtown.

11/16/12
Both Modern Times and Bagby Beer have found locations this week. Updated info in their respective spots in the Planned list.

10/19/12
Amplified Ale Works is online! Electrocution IPA is on tap and tasting delicious.

9/19/12
Offbeat has been moved from Planned to Active breweries; information on imminent beer releases from Amplified Ale Works and Indian Joe added.

9/14/12
Changed a bunch in the Planned Breweries list. See Amplified, Coronado, Hess, Indian Joe, MEBC, Offbeat, Rip Current, St. Archer, Stone Liberty Station, and Thorn St. We know that Poor House, Amplified, Thorn St. “have beer in the tanks,” while Offbeat is opening this weekend. We know Coronado and Rip Current are moving along, and Hess, Saint Archer, Stone Liberty Station will be open either late 2012 or early 2013.

6/29/12
Updated Analog Ales with a new title, figured out that Mad Labs was opening SOON, upgraded Bespoke Brewing to the Planned list

6/12/2012
Added Mother Earth’s expansion in downtown Vista (thanks Todd P.) to the Planned Breweries list. Added Bespoke Brewing / CC&L to the excluded section until we get more info. Updated Thorn St. with a pretty good estimate of opening date.

5/23/12
10:30AM – Upgraded Amplified Ale Works to the Breweries list. Fezziwigs, Hillcrest, and Thorn St. are all opening very soon.