SAVE THE DATE--San Diego History Center is the lead museum, along with nine other museums and military facilities, launching a countywide exhibition documenting the military’s impact on San Diego and how it continues to influence our collective history and future development

Presidio to Pacific Powerhouse: How the Military Shaped San Diego opens April 26 and runs to the end of 2014. 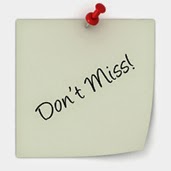 The History Center will host an opening event on April 25, 2014 at 5:30pm for members, partner museums, and members of the press. The exhibition is sponsored by Cubic Corp and Wells Fargo with additional support provided by Northrop Grumman, San Diego Gas & Electric, Sudberry Properties, Helen and Webster Kinnaird, the Reuben H. Fleet Foundation, and the City of San Diego Commission for Arts and Culture.

The comprehensive exhibition―the first of its kind―explores the relationship between San Diego and the U.S. Military over the past 200+ years, through three major themes: Political and Economic Impact; Land Use and Infrastructure; Social and Cultural Impact.

Presidio to Pacific Powerhouse is a regional initiative, with the hub at the History Center and artifacts linked to each partner site. Visitors to all sites will receive a Tour of Duty passport, a take-away guide for navigating all ten exhibitions.

“This path-breaking exhibition fulfills our mission to tell the story of San Diego’s past, present and future. The symbiotic relationship between our region and the military is deep and abiding. The project itself is a collaboration enriched by a large community advisory committee, “said History Center Executive Director, Charlotte Cagan.” This exhibition speaks to all members of our community and engenders an appreciation for the civilian personnel and businesses impacted by the military as well.”

“San Diego has been a military town since 1774 when it was designated a Royal Spanish Presidio,” said Scott Sutherland, Deputy Director for Public Affairs, Commander, Navy Region Southwest. “Today, San Diego County constitutes the largest fleet concentration area in the world. Our service members will be impressed, and honored to see this county’s museums highlight the close ties our region’s armed forces and its neighbors share.”

San Diego History Center, which also operates the Junípero Serra Museum in Presidio Park, tells the diverse story of our region―past, present, and future―educating and enriching our community, preserving our history and fostering civic pride. The History Center was founded in 1928 and is one of the oldest and largest historical organizations in California. It is one of only a handful of institutions nationwide that is dedicated to celebrating the heritage of a major American city. Admission to both museums is: $8, $6, and $4. Children under 5 are free.