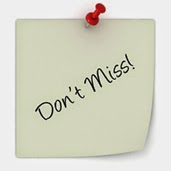 ONE WEEK FROM TODAY—SOHO, San Diego's leading historic preservation group, is bringing its annual home tour to the North Park area.  The weekend event (June 6,7, & 8) is highlighted by popular home tours on Saturday, June 7 and Sunday, June 8.  The purpose of this post is to remind those who haven’t heard that tickets are available.  And, a significant savings on tickets can be made by advance purchase.

SOHO’s website is very detailed and gives info on all tours and events, plus how to obtain $1 parking at the North Park Garage at 29th and North Park Way.

There are many events during this year’s SOHO Weekend, JUNE 6, 7 & 8, however, this post only focuses on two of the home tours.

Historic Home Tour (goes inside homes)
Sunday · 11am-4pm
Registration opens at 10am
Tour the interiors of seven historic houses in North Park. The self-driven tour features homes with an exciting diversity of architectural styles ranging from a 1916 Prairie School with Mission Revival influences and a 1916 classic two-story Craftsman, to a 1924 Mission Revival with a rare brick-clad exterior. North Park is home to one of San Diego's finest historic Main Streets as well as a rich and vibrant community of bungalows and Craftsman homes highlighted by the recently approved Dryden Historic District and Spanish Revival homes bordering Morley Field. Historic homes by master builders David Owen Dryden, Alexander Schreiber and Edward F. Bryans, and a Richard Requa, architect for the 1935 Expo, are just a few of the seven homes that visitors will tour this year. This year's historic home tour is a must see for architectural lovers!

90-minute Walking Tours (via sidewalk viewing only)
Saturday · 9am | 11am | 1pm
Registration opens at 8am
DRYDEN HISTORIC DISTRICT
The six-block neighborhood along 28th Street and Pershing Avenue from Upas to Landis Streets was designated as the North Park Dryden Historic District in 2011. On this 1-mile stroll, guides will discuss the variety of architectural styles represented in the neighborhood. This area developed from 1912 to 1941, with most homes being completed by the 1920s. The included guidebook highlights 30 homes, many built by Master Builder David Owen Dryden.

SUNDAY HOME TOUR SNEAK PREVIEW:  Tourgoers on this year’s SOHO historic home tour will go inside seven homes (docent guided). Included in this exclusive Sunday tour is one of the more unique bungalows in North Park. Located at Pershing and Landis, this brick structure was built and designed by Frank Garside.  Cast as a one-story, Mission Revival, it was built in May 1924 for original owners David and Jennie McCracken.  Popular realtor Ron Oster is the current owner.
The house is constructed of brick with a partially exposed cobble foundation. Roof parapets surround the flat roof of the house and the covered front porch on the southeast corner of the house. This porch, the front door, and two windows opening to the porch are all arched. A brick chimney is located behind a wooden trellis and gate that extends to the south of the front porch. To the north of the front porch, decorative canvas awnings cap three arched windows - double hung windows flanking a fixed center window.
A low cobble wall is located along the street-facing property lines, raising the yard five steps above the level of the sidewalk. Landis Street slopes down to the west, exposing a recessed garage door at the basement level. A newer deck and trellis structure extends from the west wall of the house. Metal roof drains and downspouts have decorative bracing; attic air vents are visible along the north parapet. On the north façade, a small shed tile roof covers a three-sided bay window that has a fixed center pane with double-hung windows on each side.

This home was featured in American Bungalow Magazine in an article by Thomas Shess.