TO REMEMBER IS TO HONOR

RETRO FILES—Like thousands of others, I am an amateur Civil War buff, I enjoy the interfaces of the politics and battlefield strategies.  An outgrowth of Civil War research has been an engaged curiosity for learning as much as I can about my family tree.  I’ve been a five-year member of ancestry.com, a terrific website totally dedicated to bringing history to life—one family at a time.

But whether it is studying great grandfather Samuel or the Battle of Gettysburg, one fallacy when studying history (and life) is to make assumptions without even a cursory attempt to validate the accuracy of those assumptions. 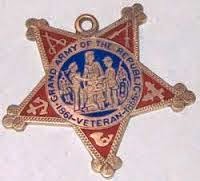 For example, I thought my paternal grandfather had three siblings.  Several years later, a new second cousin who discovered me via ancestry.com pointed out our common ancestor had only two siblings—the other being a cousin.  He had the facts.  I only had assumptions.

Today, I realize I’ve been guilty of assuming our nation’s Grand Army of the Republic was the umbrella name of the entire Union Army during the civil war.

I now realize the term Grand Army of the Republic didn’t come into wide use until after the Civil war and only in the context of it being the name of a fraternal organization of Union veterans.

Founded in 1866 in Decatur, Illinois, it was dissolved in 1956 when its last member died. Linking men through their experience of the war, the GAR became among the first organized advocacy groups in American politics, supporting voting rights for black veterans, lobbying the US Congress to establish veterans' pensions, and supporting Republican political candidates.  All Civil War service participants could join the GAR. Its peak membership, at more than 490,000, was in 1890, a high point of Civil War commemorative ceremonies.

For more on the Grand Army of the Republic, a good place to start is Wikipedia or a zillion other sources on the ‘net or at your corner library.  The GAR disbanded in 1956 but its legacy remains to remind us of the sacrifice all war dead and veterans have made. 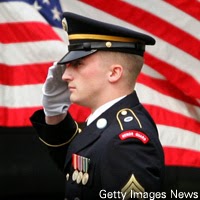 On this Memorial Day, a way to honor all veterans is to remember them as accurately as possible.  To remember is to honor.