SUNDAY REVIEW / A MASTERPIECE OF THE HIGEST ORDER 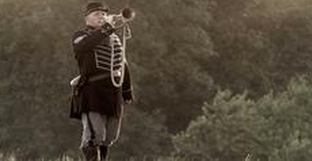 THE GETTYSBURG ADDRESS--Tony Kushner, screenwriter for the award-winning films “Lincoln” and “Munich,” spoke the headline above in the 2013 documentary “Lincoln@Gettysburg.”  He was referring to Abraham Lincoln’s Gettysburg Address, which was delivered November 19, 1863.

A winner of the Pulitzer Prize for Drama, Kushner, like so many others, believes Lincoln’s 272-word speech happens to be one of our nation’s finest examples of literature.
“The Gettysburg Address is an absolutely perfect prose poem.  You can’t take anything out of it and have the same effect.  It relies entirely on its entirety,” said Kushner in “Lincoln@Gettysburg.”

Pillar to Post online magazine will publish a note on the famous copies of The Gettysburg Address November 19.