MEDIA MONDAY / FREEDOM OF THE PRESS ROUGHED UP IN 2014 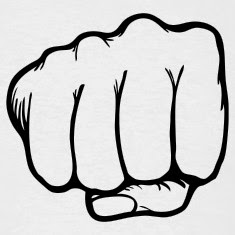 "While December saw flickers of progress for press freedom, the year mostly saw backsliding worldwide," NPC President Myron Belkind said. "Let's hope 2015 brings more respect for human rights in general and in particular for the right of the press to report freely on what people everywhere need to know."

On the plus side, the U.S. Department of Justice decided in December to end its long campaign to force New York Times reporter James Risen to reveal a confidential source. That same month, an appellate court overturned a lower court ruling that would have forced Joseph Hosey, @Patch.com reporter in Illinois, to identify an anonymous source. The National Press Club had honored both men with John Aubuchon Press Freedom Awards.

However, that positive end to 2014 should not belie how repression of journalism only grew in 2014. Reporters Without Borders recorded the deaths of 66 journalists as they did their jobs. The Islamic State's beheading of James Foley and Steven Sotloff were two of the more gruesome and notorious cases.
In addition, 119 journalists were kidnapped and 178 imprisoned, Reporters Without Borders found. China and Iran continue to lead the world in the jailing and mistreatment of reporters.

But American allies, too, have drawn criticism for assaults on the press. Turkey has cracked down on free expression and recently detained numerous journalists with seemingly trumped up allegations. Egypt still holds three Al Jazeera journalists in jail, among other reporter detainees. U.S. freelancer Austin Tice has been detained in Syria since 2012.

In Venezuela, Ecuador and elsewhere in Latin America, governments continue to block newspapers from doing their jobs by restricting access to newsprint, among other things. Such tactics are in many cases technically legal, but journalists cannot challenge the laws in court in those countries where the judiciary is not truly independent.

Reporters everywhere, including in the United States, need to be ever more mindful of protecting their digital communications from potential eavesdropping by governments and others.

In the United States, reporters do not face physical threats so much as an expanding set of insidious, bureaucratic efforts to stymie journalists.  U.S. agencies at all levels, as well as corporations, are increasingly barring employees from talking to reporters about the public's business, except when under the watchful eye of public affairs specialists.

The good news in the cases of Risen and Hosey came only after protracted periods when these two men faced judicial punishment for doing their jobs. Too often, prosecutors and judges put reporters in such situations, threatening whether sources who need to remain anonymous can trust that their identities will be protected. Congress once again failed this year to pass a federal shield law that would protect reporters from being compelled by the courts to reveal anonymous sources except in limited circumstances.

The Pentagon, meanwhile, has barred reporters from embedding on military missions against Islamic State targets, and the Defense Department is restricting access to information about conditions at its prison in Guantanamo Bay, Cuba. At the same time, unclassified documents in trials for alleged terrorists are being kept from reporters' eyes.

The Freedom of Information Act, or FOIA, is failing. It takes so long to obtain records under the law, and they are often so heavily redacted, that the law is losing its value for the press. U.S. congressional leaders, at the end of the session this year, permitted a bill that would strengthen FOIA to die, despite widespread bipartisan support for it in the House and Senate. Moreover, reporters' Freedom of Information Act requests are increasingly reported to public affairs officers and other political appointees so they can monitor reporters' work.

"There's a lot of work to do in 2015 to push back on restrictions placed on the press," Belkind said.
The National Press Club's Press Freedom Committee speaks out on press freedom and transparency issues. The NPC, established in 1908 and based in Washington, D.C., is the world's leading professional organization for journalists.