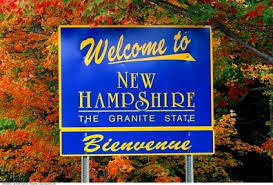 By the Editors of Pillar to Post Daily Online Magazine.

Next July 4, America celebrates its 240th birthday.   Like anything manmade, whether it be the U.S. Constitution or the Chevy Nova inherited from granddad, tune-ups are expected because of the ravages of time and temper.  The U.S. Constitution gets a tune-up every now and then when a new amendment is added or an old one subtracted.  Amendments (prohibition) have been added and subtracted in due course.

This country needs to update an outdated and unfair election selection process and a new amendment is necessary.

If a candidates like Sarah Palin and potentially Donald Trump can land a place on the national election ballot then the command of the obvious shows the quality of candidates and how they’re selection is seriously flawed.   Of course, Donald’s and Sarah’s followers like the status quo just fine.  What they can’t get is the fact why they can’t get elected.   Narcissism is a bitch when things don’t go your way.

Why do we need to fix the election selection cycle?

Because the current process is unfair to the rest of the nation unless you live in New Hampshire (where the first non caucus voting primary is always held) only New Hampshire residents get to vote on a full slate of candidates.   By the time, tradition bound primary elections reach South Carolina and Super Tuesday in early March (3rd and 4th primaries) many of the candidates have dropped out.

Why did they drop out?
Because they didn’t do well in Iowa and New Hampshire and South Carolina.

What if the first two primaries were in California and New York?  Would that broader voter base give us an entirely different view of the candidates?

Speaking of California, the Golden State’s primary is held in June and by that time most of the candidates will have been narrowed.  But, what if Californians voted on the entire slate as did New Hampshire?  How well would the losing candidates in Iowa or New Hampshire fared with big state voters?   By the time California goes to the polls most parties already have candidates selected.  That means the voice of the nation’s most populous state goes unheard when it comes to deciding who will be on the November ballot for both parties.

And, it is unfair to the citizens of the less populated state’s to be ruled by California, which has more people—despite the fact America is a democracy.

So, if New Hampshire votes first or if New York or California votes first still we end up with a flawed system.

How do we fix it?

We eliminate all presidential primaries in favor of one mega national primary that will be held on or about the Fourth of July.

The media will be happy because they will still have time to pontificate and sell commercials to SuperPacs leading up to the SUPER PRIMARY.

Let the candidates slug it out on the Internet and in the media and personal appearances.  BUT NO MORE PRIMARIES.

Top two winners are on the ballot in November.

Think about it.  No more primaries.  No more CNN, or MSNBC or Fox media coverage. No more political conventions because you no longer need political parties.

Let the purity of unvarnished democracy take charge of our election process.

Let’s fix the system.  Pass an amendment to the Constitution saying forevermore there will be one Primary Election held on the same day and winners take all.

As for who can vote.
Amendments say you must be 18 years old and a bonafide citizen.
States can limit felons and States can hold primaries when ever the want for state and local elections.