WORLD ARCHITECTURE / A BULLET TRAIN TUNNEL FOR THE AGES, OPENS

In a few weeks, the Gotthard Base Tunnel opens for the first time allowing passenger and freight bullet train service traversing the central Swiss Alps of Saint-Gotthard Massif.  The 35.5 mile double track tunnel (in double tubes) begins in the village of Erstfeld in the North and ends in Bodio, Switzerland in the south.

The tunnel will dramatically shorted time and miles of passenger and freight travel between northern and southern Europe via Switzerland.  It is the world's longest and deepest traffic tunnel and the first flat, low-level route through the Alps.

The new Gotthard route is a high-speed rail link: passenger trains can traverse its almost 60 kilometres length at maximum speeds of up to 250 kilometres per hour. This is made possible by the straight route with no tight curves and no level crossings on the overground sections. 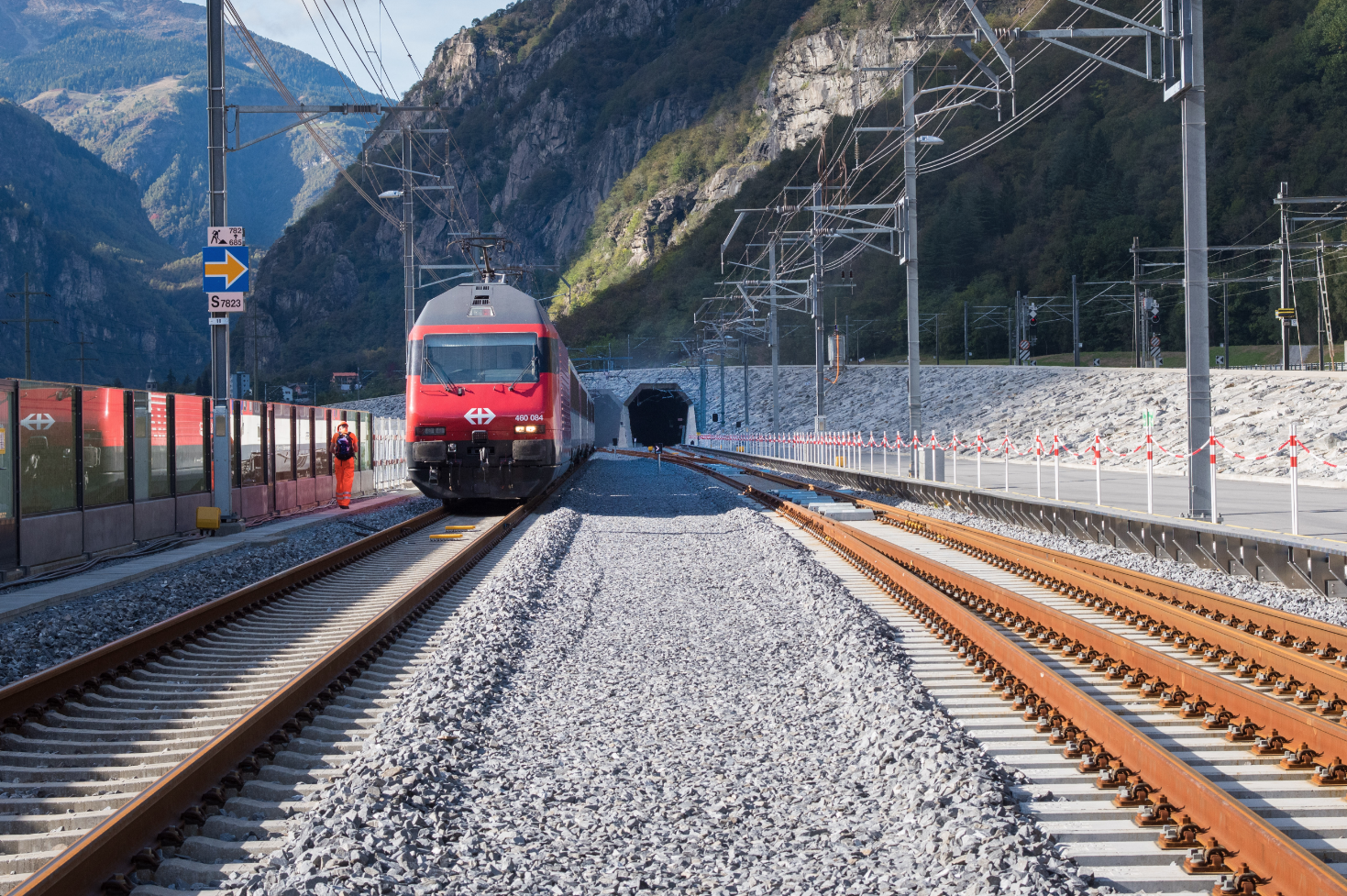 The main purpose of the Gotthard Base Tunnel is to increase local transport capacity through the Alpine barrier, especially for freight, notably on the Rotterdam–Basel–Genoa corridor, and more particularly to shift freight volumes from trucks to freight trains.   Now more than 250 freight trains per day and 65 passenger trains will use the tunnel daily.

For example, the new “short cut” reduces travel time between Zurich and Milan will be reduced by an hour making the trip in two hours, 40 minutes.

This not only significantly reduces the danger of fatal road crashes involving trucks, but also reduce the environmental damage caused by the ever-increasing amount of freight hauled by heavy trucks. The tunnel will provide a faster connection between the canton of Ticino and the rest of Switzerland, as well as between northern and southern Europe, cutting the Zürich–Lugano–Milan journey time for passenger trains by one hour (and from Lucerne to Bellinzona by 45 minutes).

Built and run by Swiss Federal Railways, the tunnel project began in 1999 and was completed in June, 2016.  After safety checks the grand opening is December, 2016.
It bypasses the Gotthardbahn, a winding mountain route opened in 1882 across the Saint-Gotthard Massif, which is now operating at capacity, and establishes a direct route usable by high-speed rail and heavy freight trains.

The following Gotthard Base Tunnel images are from Swiss Federal Railways: