MEDIA MONDAY / HARNESSING THE POWER OF THE YOUNG 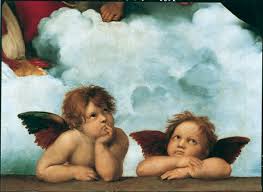 GUEST BLOG / By Tim Haydock, a New America CA fellow and director of YouthWire, a project of New America Media--In the fall of 2015, Jocelyn Cuevas, 17, was doing what she did every day: walking her younger siblings to school in her Rexland Acres neighborhood in rural Kern County, California.

Jocelyn walked these same paths to go to the store, to the bus stop, to the park, and anywhere else she needed to go. She saw friends walking, mothers pushing strollers, other children also going to school.

When it rained, it was muddy, when it was dry, there was dust in the air. The conditions made it unsafe to walk near traffic as they made their essential daily commutes.

The issues are multiplied by the fact that Jocelyn’s area already has some of the worst air quality in the nation and suffers from high rates of asthma, like much of the Central Valley of California. Indeed, according to a recent Quartz article, “a combination of unfortunate topography, a large population, and the realities of worsening climate change makes California cities some of the worst places to breathe air in America.” Bakersfield, located just north of Kern County, happens to be the second most-polluted metropolitan region in the country (measured by average year-round concentration of particulate matter).

So how can these communities address the ballooning dangers of pollution? For one: by harnessing the power of young people.

Jocelyn wanted to walk, jog, and bike in her neighborhood safely—and she saw that sidewalks would be one way to do this. Tired of the fact that her neighborhood was often forgotten and under-serviced, she wrote about her experience for South Kern Sol, a youth media organization that is part of the YouthWire network. (Disclosure: I’m the director of YouthWire.)

Soon after she wrote her first piece, other advocacy groups in the area began working on the issue—and Jocelyn was in the middle of it all. In December of 2016, it was announced that $6 million would be going to Rexland Acres to improve street safety. By the time Jocelyn’s siblings are her age, they’ll walk on sidewalks.

But sidewalks and pollution speak to a larger narrative of, and need for, putting young people at the helm of addressing some of our country’s most pressing problems.

Why young people? Generally, adults don’t consult young people on issues that directly affect them—at least in part because young people aren’t often thought of as assets. But they must be if we want to build the sorts of communities that can take on the myriad problems our country continues to face, like rising inequality and educational failure.

Indeed, this stretches beyond mere calls for youth inclusion, itself certainly important. The future health of our citizenry is also at stake. According to KidsData, a program that spotlights the well-being of children in California through local data, California has a disengaged youth rate of 7.7 percent. This measures the number of teens between ages 16 and 19 who are neither in school nor have a job. In many areas of the state, especially sites where YouthWire has programs, the numbers increase. For instance, in Kern County, where Jocelyn is from, the number is 11.1 percent.

And this is an issue that hurts us all. The cost of disconnected youth to taxpayers is estimated at $93 million annually. Beyond the lost tax revenue and cost of social services, researchers have found that disconnected young people face a harder path to stable relationships, employment later in life, and a sense of purpose. These disconnected youth can easily become disconnected adults, shut out from contributing to their communities.

What’s more, these numbers aren’t equally distributed. The parts of the state that have carried the heaviest economic burden of unemployment and foreclosures, and that have more migrant Latino and black families, have a higher concentration of disengaged youth.
But it doesn’t have to be this way. In my hometown of Fresno, youth advocates created a City Youth Commission last year, which secured paid internships for 30 young people this summer. This sort of investment is needed on a systemic, statewide level (much like the Oakland Fund for Children and Youth).

The Center for the Study of Social Policy has shown that engaging young people in the civic process earlier in their life encourages more consistent voting later on, provides a chance for collaboration and decision-making, and opens up academic and professional opportunities.
To make change, however, this engagement must be authentic and meaningful. Adults and leaders can’t tokenize young people in order to win votes or score political points with their constituencies. Rather, what’s needed are partnerships that value young people for the expertise and potential they may bring and cultivate a sense of ownership over and responsibility in solving the tasks at hand.

This will take time and work, and it will require changing the way we do things. But we have everything to gain from trying: With greater numbers of people not trusting government, with low youth voter turnouts, and with disengaged youth numbers so high, it’s clear that what we’re currently doing isn’t working.

It’s time to include young people. Their future—and ours, too—may depend on it.

ABOUT THE AUTHOR: Tim Haydock is the director of YouthWire, a project of New America Media. YouthWire is a network of five youth media hubs across California and the only statewide network of youth media hubs in the country. YouthWire produces youth-led community journalism in media deserts, trains underserved youth in media skills and encourages civic engagement in disenfranchised communities.

Under Haydock's leadership, YouthWire published 300 stories to the web and printed over 125,000 copies of print publications that were distributed by daily newspapers across California in 2016. Haydock frequently speaks to groups across California about the power of storytelling in social justice work, the possibilities for civic engagement through youth media, and best practices for working with youth.

Haydock has taught media studies and production at California State University, Fresno and Fresno Pacific University, where he also served as faculty advisor to the student newspaper. He is on the Journalism Advisory Board for Fresno City College, an associate editor of the Pacific Journal and an adult ally with Fresno Boys and Men of Color. Tim graduated from Fresno Pacific University with a degree in communication and holds a Master’s degree from Fuller Theological Seminary where he studied the intersection of theology and media studies while running the campus arts group.

ABOUT NEW AMERICA:
Founded in 1999, New America is a think tank and civic enterprise committed to renewing American politics, prosperity, and purpose in the Digital Age. Its mission is to  generate big ideas, bridge the gap between technology and policy, and curate broad public conversation.  NA kindly shares its articles with bloggers.