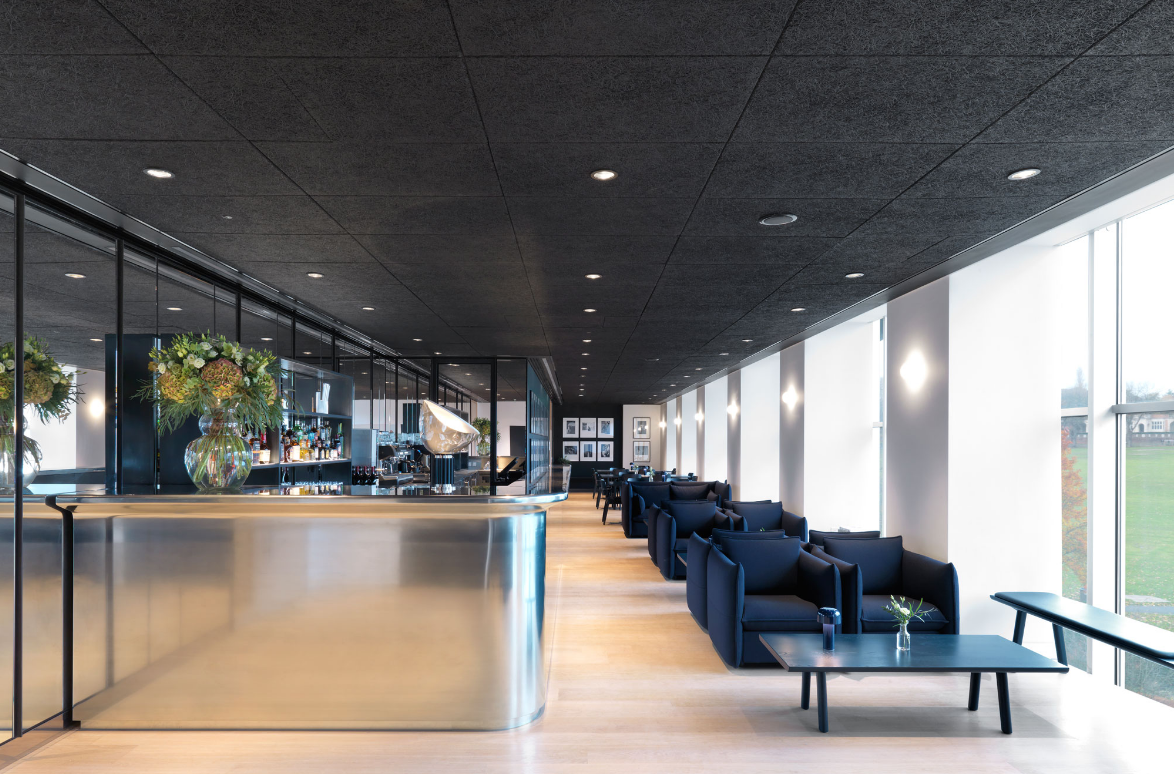 Universal Design Studio, a London based architectural firm with an international clientele that includes boutique hotels and restaurants, retail spaces, workspaces, galleries and renowned cultural institutions, has announced the recent completion of the interior of the restaurant and members’ lounge at London’s new Design Museum.

Called Parabola, the restaurant is located on the top floor of the museum’s new home on Kensington High Street.  It is operated by Prescott & Conran. 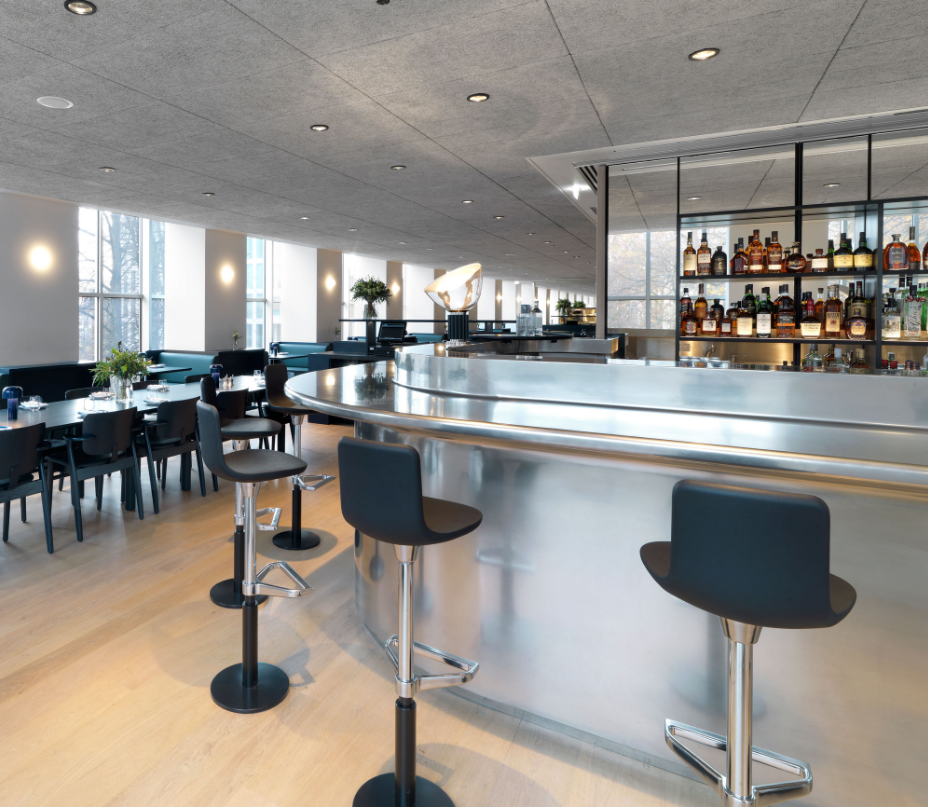 Parabola and the museum’s Members’ Room both have high-polish pewter bars that are situated to make the most of the views onto west London’s Holland Park.

The restaurant is conceived to be an integral part of the museum as well as a stand-alone experience, with the dining room operating from morning to late night.

The Private Members’ Room is intimate and darker in tone. Mirror wall panels sit behind the polished pewter bar, black walls create the backdrop for a collection of furnishings by Edward Barber and Jay Osgerby, owners of Universal Design Studio: blue and black upholstered Mariposa sofas; blue lacquered low tables and a wood bench in the lounge area.