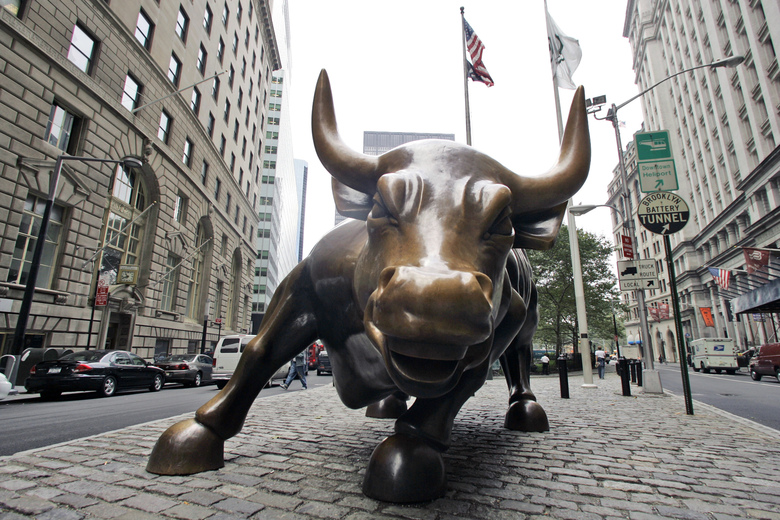 Stocks were higher on the week but with more volatility. Markets rallied nearly 1% on both Tuesday and Thursday on the back of increasing optimism that the U.S. Senate will pass a tax-reform bill soon. However, these gains were slightly eroded on Friday when news broke that Mike Flynn, President Trump's former national security advisor, may testify regarding interference in the 2016 election.

We expect more volatility to come as elevated political uncertainty, a shift in sentiment, or unexpected changes in fiscal, monetary or trade policies are all possible reasons for stock market pullbacks. To prepare for volatility, we suggest rebalancing client portfolios to an appropriate mix of stocks and bonds if needed, since investment-grade bonds can help reduce portfolio volatility during stock market pullbacks.

Here are a few statistics on the recent phase of the U.S. market's bull run:

--The U.S. market has gained nearly 3% in the past 12 trading days, adding to the recent steady rally that has seen the stock market return 8.3% just since Labor Day. The gains are certainly welcome, but we know that trees don't grow to the sky, nor do they grow tall overnight, begging the question: Have we come too far, too fast? For perspective, in the last five years, we have seen nine periods when stocks rose by more than 8% in a three-month timeframe. These gains did not spell an inevitable tumble, as the market was higher three months later in eight of the nine instances (average move in the following three months was +2.2%).

The strength and steadiness of this rally likely won't continue uninterrupted. And while we think the probability of a pullback has risen, the market's gains are not built on sand. Economic conditions, both here at home and abroad, remain on a path of improvement. In turn, corporate profit growth has gained steam – rising 6.1% in the most recent quarter -- which we think provides the fundamental support for recent gains as well as the foundation for the bull market to advance in 2018, though likely on a notably more winding path. To that end, last week's rise was not without guiding fundamentals. In particular, the market responded to

Progress on tax reform – News that the Senate was advancing on its tax-reform bill, including additional details on specific provisions and potential support from key GOP policymakers, raised hopes that Congress was getting closer to a deal. While there is still significant work to be done, including reconciling the differences between the House and Senate bills, markets have responded favorably to the prospects of tax-reform legislation coming to fruition in the near term.

Encouraging GDP data – Third-quarter GDP was revised up to 3.3%, the strongest period of growth for the U.S. economy in three years and marking the first back-to-back quarters above 3% since 2014. A particularly encouraging sign was the move higher in business investment, suggesting healthier economic conditions may be spurring a much-needed rebound in capital expenditures.

It will be another busy week for economic data, with PMI data set to be reported on Tuesday, productivity data released on Wednesday, and November's jobs report coming Friday morning.

--The Edward Jones Weekly Market Update is published every Friday.
--Edward Jones does not provide access to past weekly summaries.
--The Dow Jones Indexes are proprietary to and distributed by Dow Jones & Company, Inc. and have been licensed for use.
--All content of the Dow Jones Indexes © 2017 is proprietary to Dow Jones & Company, Inc.
--Past performance does not guarantee future results.
--Diversification does not guarantee a profit or protect against loss.
--Investors should understand the risks involved of owning investments, including interest rate risk, credit risk and market risk. The value of investments fluctuates and investors can lose some or all of their principal.

--Special risks are inherent to international investing, including those related to currency fluctuations and foreign political and economic events.