LUNCHEON OF THE BOATING PARTY 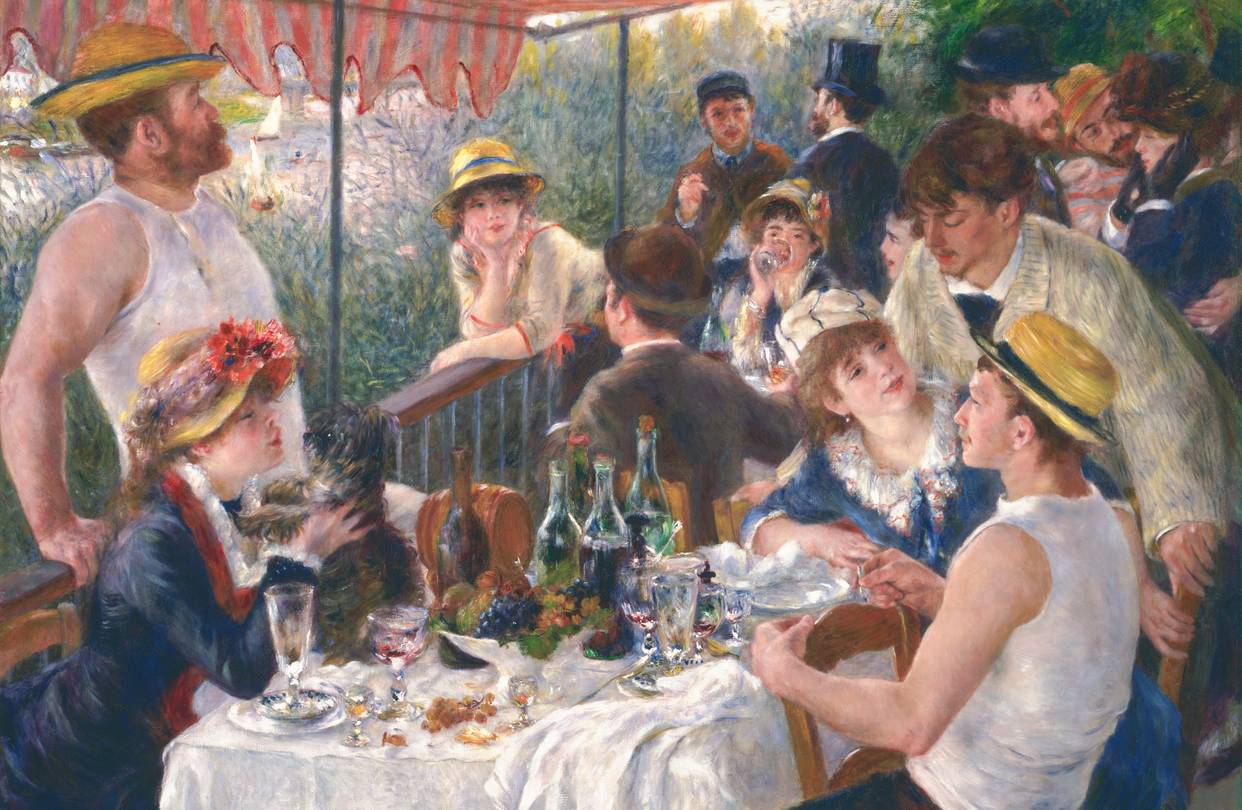 On January 7, 2018, an exhibition of Pierre Auguste Renoir’s masterpiece painting “Luncheon of the Boating Party” will conclude at the Phillips Collection, an art museum in Washington DC.

Art historians have published that Renoir began painting the riverside festivity in 1880 when he was 41 years old.  The painting depicts 14 people enjoying themselves on the balcony of the popular Maison Fournaise restaurant in Chatou, a small village on the Seine near Paris.  For more about the painting click here.
Reportedly, Renoir spent more than a year commuting from his Paris studio to the restaurant to work on the painting.
Interestingly, the subjects who posed for him ran the gamut from models, actresses, another painter, the restaurateur and his daughter and a 21-year-old waitress from the creamery across the street.
Renoir married Aline Charigot, the waitress posed with the small dog on the table.  She was one of his most popular models.
In this picture, she hadn’t known him very long and perhaps the early infatuation with her was the source of his enjoyable commute. 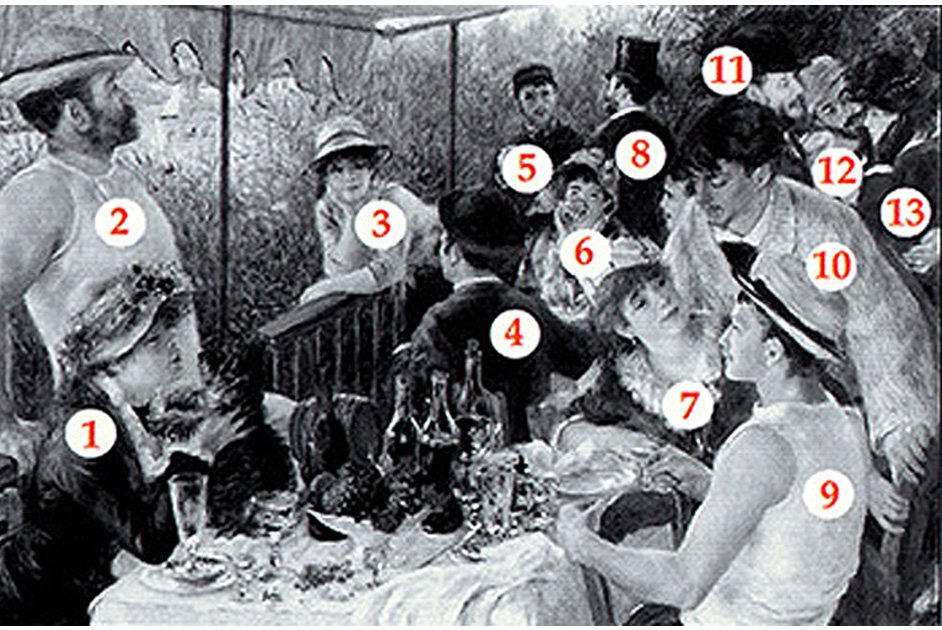 Art historians have been fascinated with the models:

1. Aline Charigot: waitress, seamstress and future Mrs. Renoir. They were married in 1890. She’s petting her dog.

2. Alphonse Fournaise, Jr.: proprietor’s son. Alphonse, as he was known, was responsible for the establishment’s boat rentals. He wears a traditional straw boater’s hat and brawny sportsman’s T-shirt.

4. Baron Raoul Barbier: former mayor of colonial Saigon (present day Vietnam).  A friend of Renoir, who lived near the restaurant and stored the large painting for the artist.

13. Jeanne Samary: a famous actress of the day

The only model not identified in the painting is the man in profile to the right of Ellen Andrée (6).

ANOTHER RENOIR WITH HIS FUTURE WIFE AS A MODEL.