Odds are most of us are not among the one percent of the world’s richest inhabitants, but with enough enterprise and baldfaced luck, we can—on occasion.

Such an opportunity is offered by a creative Airbnb contest.  The international room renting giant is partnering with the Musée du Louvre to offer the contest winner (and one guest) the opportunity to sleep beneath the Pyramid, for one night only. But the magic doesn’t stop there, claims airbnb execs: “In addition to this unforgettable night, a series of exclusive visits and intimate gigs will be bookable on Airbnb.”

Says Lilit Marcus, on CNN Travel “Imagine spending the night with the Mona Lisa without having to elbow a hundred other visitors out of the way.” 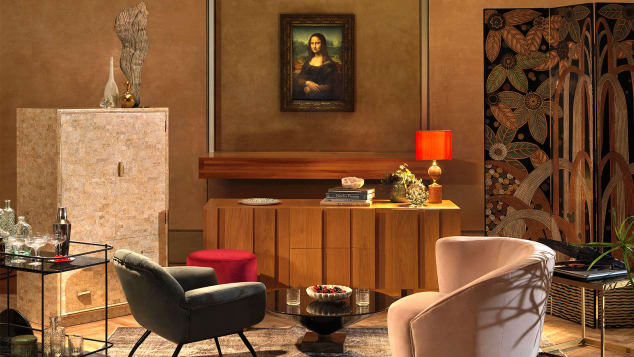 To enter the contest, head to airbnb.com/louvre by April 12, 2019 and answer the question "Why would you be the Mona Lisa's perfect guest?"

The winning pair won't just get bragging rights. On April 30, they'll sleep inside a glamorous bright white tent designed to resemble the Louvre's pyramid, in addition to being given a stack of French vinyl records to listen to during the evening. They'll also be treated to an intimate acoustic concert inside the lush velvet-lined chambers that were once home to Napoleon III.

Also on the night at the museum itinerary: a customized private tour of the museum and dinner and drinks alongside the Mona Lisa and shake hands with the Venus de Milo.

Airbnb's one-off Experiences program so far has given travelers the opportunity to sleep in a Lego house, in a shark aquarium and at New York City's Ellis Island.

And, in case you were wondering, the French word for selfie is "le selfie."