GUEST BLOG / BY David Robson, BBC--A patient’s gut may not be the most obvious place to look for the origins of depression. But that was the hunch of George Porter Phillips in the early 20th Century.

As he walked the wards of London’s notorious Bethlem Royal Hospital, Phillips had observed that his patients with melancholia often suffered from severe constipation, along with other signs of a “general clogging of the metabolic processes” – including brittle nails, lustreless hair and a sallow complexion.

The natural assumption might have been that the depression had led to those physiological problems, but Phillips wondered if the arrow of causation instead pointed in the other direction. By targeting the gut, could you ease the melancholia?

To find out, he fed the patients a reduced diet devoid of all meats, except fish. He also offered them a fermented milk drink known as kefir, which contains the lactobacillus bacteria, a “friendly” microbe that was already known to ease digestion.

Amazingly, it worked. Of the 18 patients Phillips tested, 11 were cured completely, with two others showing significant improvement – offering some of the first evidence that our gut bacteria can have a profound influence over our mental wellbeing.

BBC Future’s Microbes and Me series has now examined various claims about the power of our gut microbiota to harm or heal – but the notion that they could be responsible for our mental health is perhaps the most difficult to behold. How could these microscopic scavengers, feeding on the debris of our digestion, possibly affect the brain?

As we have seen with the other articles in this series, some of these findings have been overhyped. But more than a century after Phillips’ initial experiment, the fundamental idea of a gut-brain axis is now remarkably solid. “There is no debate, in my mind, that microbes influence mental health,” says Jane Allyson Foster, whose lab at McMaster University in Canada is leading research in this area. And that means we may be able to heal the brain through the belly. “There is the potential both for the development of novel therapeutics and for precision medicine.”

Foster (left) emphasizes that an unhealthy gut is just one of many possible causes of mental illness, meaning that only a subset of patients will respond well to the new “psychobiotic” treatments. But for those patients who are suffering from an imbalance in their gut bacteria, the new therapies might bring much-needed relief.

Despite early studies, including Phillips’, the idea that the gut might influence our mental health fell out of favor for much of the 20th Century, and strong evidence for this mysterious link has only emerged again over the last two decades.

One of the most striking modern experiments came from Kyushu University in Japan in 2004.

The team first demonstrated that “germfree” mice – raised in sterilized conditions so they have no microbes on or in their bodies – showed greater fluctuations in the hormones corticosterone and ACTH, both of which are known to reflect stress levels. This suggested that the gut bacteria of healthy mice were somehow shaping their hormonal profile.

The researchers then dosed a group of germfree mice with lactobacillus bacteria – the class of ‘friendly’ bacteria that Phillips had also used on his melancholic patients. Although these mice still showed a higher stress response than the mice that had never been raised germ-free, their stress responses were less pronounced than the mice without any gut microbes.

There are even some signs that depressive behaviors can be transmitted across species – from human to mouse – through the microbes in the gut.

In one study, Chinese researchers in Chongqing took a sample of the gut microbiota from patients with Major Depressive Disorder and planted them in germfree mice. These mice subsequently were quicker to quit, on a "forced" swimming task – a behavior that is often considered to be analogous to the lethargy and hopelessness found in depression. And when the mice were placed in a box, they spent less time exploring the central areas and instead stayed closer to the edge, where they felt more secure.

“What was remarkable was that the animals that receive the ‘depressed’ microbiome, behave depressed,” says Julio Licinio at New York Upstate Medical University, who was a co-author on the paper. “If you change the microbiome, you change the behavior.”

We can only draw so many conclusions from these animal studies, of course – but their conclusions are supported by epidemiological studies examining vast numbers of human participants (the most recent was published on 4 February 2019.) These studies have consistently shown that differences in the gut microbiota coincide with various mental illnesses, include depression and anxiety.

No single species appears to be responsible for these effects; instead, it appears to be the overall ratio of the different families of the microbes that matters, with the gut microbiomes of depressed and anxious people showing less overall diversity than individuals without mental health problems.

Astonishingly, one of Licinio’s recent papers has revealed that schizophrenia is associated with impoverished gut microbiota, and when samples from patients were implanted in germ-free mice, it seemed to lead to some of the characteristic shifts in brain activity that are the signatures of the disorder.

Multiple pathways
These effects may arise through many pathways.

Certain species of gut microbes can protect the gut wall – helping to maintain its mucous membrane that stops the contents spilling into the bloodstream. Without that barrier, you may suffer from a “leaky gut”, which triggers, among other things, the release of pro-inflammatory cytokines, proteins that increase the blood flow around sites of infection and regulate the body’s immune response.

While this reaction is crucial to fighting infection, these cytokines can also lead to a low mood and lethargy. It’s the reason we often feel tired when we’re ill – and over the short term, that response helps us to preserve energy to find the infection. But over the long term, it may lead to depression.

Stress can itself increase inflammation, for instance, which can then affect the microbes in our gut

Gut microbes also influence how we digest and metabolize the precursors of important neurotransmitters like serotonin and dopamine. Our gut flora even has a direct line of communication to the brain, through the vagus nerve, which has receptors near the gut lining that allow it to keep a check on our digestion. Microbes in the intestine can, therefore, release chemical messengers that alter the signaling of the vagus nerve – and, as a consequence, the brain’s activity. (To find out more about the vagus nerve, read Gaia Vince’s explainer over at Mosaic.) “Locally in the gut, there’s a lot of opportunities for the bacteria to communicate with the host systems – including the nervous system,” says Foster. “It’s a very dynamic, interactive, rich space.”

These pathways are not one-way streets however, so brain activity can also influence the gut flora composition. Stress can itself increase inflammation, for instance, which can then affect the microbes in our gut. The result could be a kind of feedback loop.

New avenues
Foster says research in this field is now rapidly accelerating, conducted both by university scientists and commercial companies; academic meetings, discussing the findings, are now “dime-a-dozen every week”.

Ultimately, these researchers hope that their findings will offer a new treatment target for illnesses such as depression.

Existing antidepressants aim to alter the balance of chemicals such as serotonin in the brain, but they are not effective for all patients: only two out of every 10 patients taking antidepressant drugs show signs of improvement, over and above the placebo effect. And although they help many patients, talking therapies such as cognitive behavioral therapy are similarly hit and miss. As a result, many patients are left without and struggle to find appropriate treatment, and the gut-brain axis would seem to offer one of the most promising lines of inquiry.

Some attempts – like Phillips’ study in 1910 – have fed patients fermented drinks such as kefir that might seed the gut with bacteria and proteins that are known to be beneficial to digestion, or soluble fibers known as “prebiotics” that are also thought to encourage our gut flora to flourish. Unfortunately, many of these studies have tended to be small, with only a handful of participants, and their results have been mixed: in some studies, the interventions successfully reduced symptoms; in other trials, they proved to be no better than a placebo treatment.

One explanation, Foster says, is that the failed studies have not targeted the patients who would benefit most from this kind of treatment. There are many causes of depression, after all, and while disruptions to the gut flora may be the underlying cause of some people’s depression or anxiety, in others the trigger could be quite different. For them, a probiotic drink is unlikely to make a big difference to their symptoms.

To further complicate matters, each person’s microbiome is unique – so any treatment that targets the gut flora should take account of those differences. Overall, the exact composition between any two individuals only overlaps by around 10%.

For this reason, she thinks we need to find more sophisticated ways of matching the treatment to the patient. “This is where the gut-brain axis is going to help us, in precision medicine.” The hope, Foster says, is “to map out ‘bio-types’ or clusters of individuals who share the biology that might be driving their symptoms”. You might, for instance, the first test whether a patient has high or low inflammation before deciding on the treatment.

In one study from Spain, people eating the traditional Mediterranean diet were roughly half as likely to be diagnosed with depression over a four-year period

Licinio is also cautiously optimistic that future research will identify therapies that target the gut-brain axis. He says that the significant side-effects of antidepressant drugs have limited the development of new pharmaceutical treatments – but this approach could avoid those issues. “You are not tampering with the brain,” he says, “so I think that any side effects you have will be less problematic.”

Eat like an Italian
The current understanding of the gut-brain axis does at least add to the growing evidence that a healthy, balanced diet could be an important preventative measure to reduce the risk of developing an illness like depression in the first place.

Many of these studies have examined the “Mediterranean diet” – a catch-all term to describe diets rich in vegetables, fruit, nuts, seafood, and unsaturated fats and vegetable oils, and low in refined sugar and red and processed meat. (This is a very rough generalization, of course, since there is still a great variation in the particular foods eaten across southern Europe.) In one study from Spain, people eating the traditional Mediterranean diet were roughly half as likely to be diagnosed with depression over a four-year period. 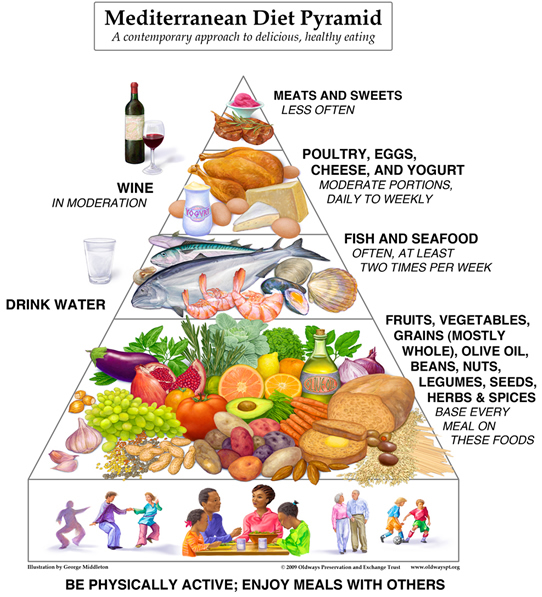 “The data regarding the importance of nutrition for mental and brain health is now extensive and highly consistent,” says Felice Jacka, a nutritional psychiatrist at Deakin University in Australia and author of “Brain Changer: The Good Mental Health Diet.” Although there are many potential mechanisms, the Mediterranean diet has been shown to increase the diversity of gut bacteria, and reduces the other physiological changes such as chronic inflammation that also seems to accompany depression.

More than a century after Phillips’ experiment in Bethlem Royal Hospital, a panacea for depression remains elusive – but for some people at least, a healthier gut may be an important first step to a healthier and happier mind.