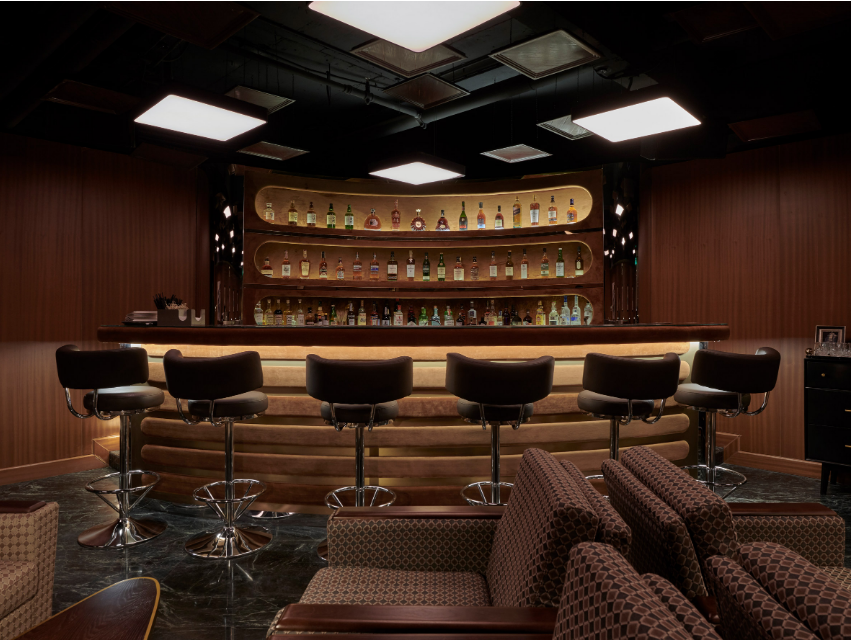 The idea of having a bar mimicking the style of the TV series “Mad Men” is a terrific idea but getting to happy hour in time for a martini with an illicit flame then catch a cross Pacific flight back to Scarsdale to tuck the kids in for bedtime stories is a bit much. Instead, how about just a peek at what Hong Kong/London-based interior designer Vinki Li has created? Called Out of Office after one episode in the Mad Men series, the trendy gin joint boasts a VIP room with deep red sofas. The American style bar is located in Yuexiu district, one of the oldest central urban areas of G-City (Ask the cabbie to take you to China Mall on Zhongshan 5th Road.)

To get into Out of Office guests are first welcomed into a grey-tiled secretary’s office before entering through a secret door into the main space – a cinematic wood-paneled, office-inspired interior separated into a cocktail bar, free sofa seating, and private cubicles. Metallic shutter blinds contrast with velvet and patterned upholstery, while heavy mid-century furniture and a wall cabinet for storing spirits for regular clients imbue the interior with palpable gravitas.

Designer Li told Design Antho/ogy that she “...was inspired by one particular episode of Mad Men, when the employees had an impromptu office party — after their boss Don Draper leaves the office — to watch the results of election night, which goes on until morning. I drew on the cinematography and scene set.”

The excellent design journalists at Dezeen.com just came out with a photo essay showing off the clubby Chinese bar in all its 1960s splendor. Click here. Also, a write up is available at Design Antho/ogy, which writes about its young woman owner. Click here. Photos by the designer via Hoshing Mok photography.

Where’s Guangzhou? It’s northwest of Hong Kong on the Chinese mainland. Actually getting from JFK International to Guangzhou Baiyun airport isn’t that expensive by air. Red eyes start at $1000 roundtrip and expect a 16 hour flight that will take you over the North Pole and the International Dateline. Coming up with an excuse for missing dinner and work the next day will be priceless. 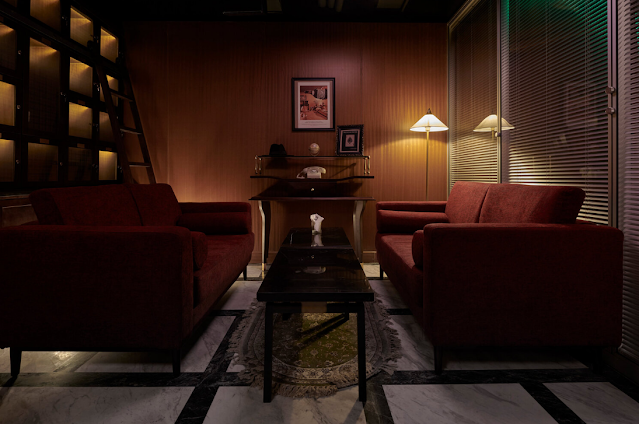 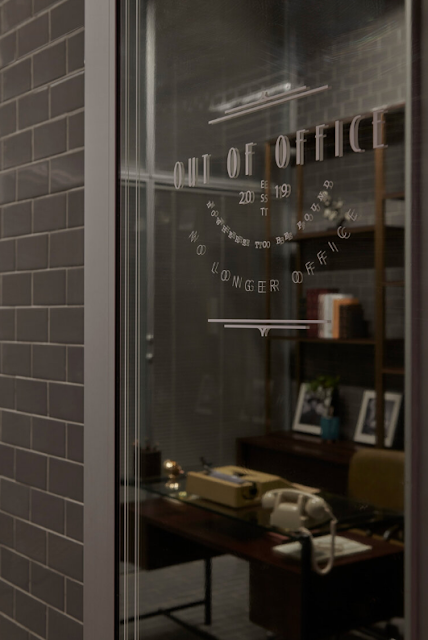 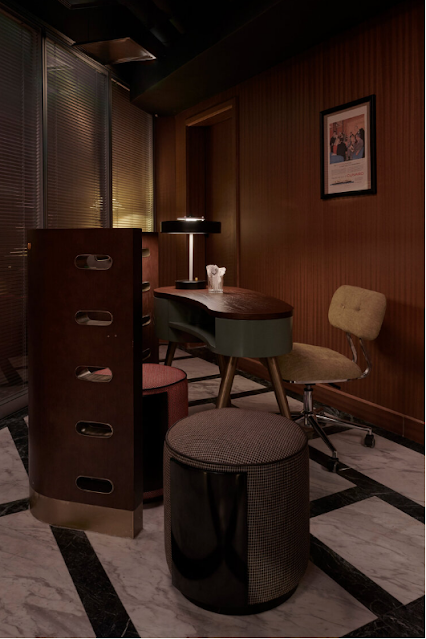