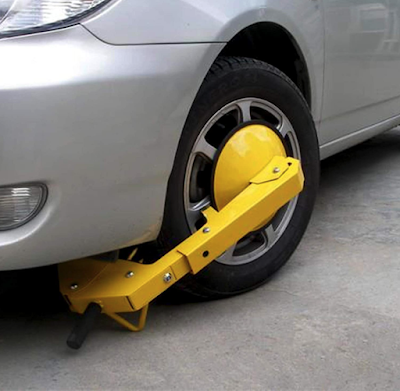 Outside, the rain continued from the night before. North Beach smelled of slick asphalt mixed with wafts of roasting coffee from Graffeo’s Wholesale Coffee on Columbus, near Filbert Street.

Under a stolen umbrella, bodyguard Tom Gresham walked the one block over to Powell Street, where he had parked the Chrysler in the perfect spot next to Powell’s Bar & Grill.

The mayor needed a 7:30 a.m. pick-up. If traffic was a mess en route because of the continuing rain, then he was going to be late. Tired, but not hungover, he climbed in the sedan. He was glad he didn’t do cocaine with Bliss (Aero Capricorn), who brought her own powder, and Rafferty (Aer Lingus), who showed up unannounced holding a bottle of Schramsberg by its throat.

A booze hangover he could handle. The wipeout he had after being blitzed on coke was not something he decided ever to repeat. So far that promise to himself was going on five years.

Serendipity or no, there had been only a handful, who he allowed to stay in his bachelor flat once he left for work, but last night’s duo he trusted with his flat and his heart. He hoped to hell that they’d still be there when he returned back to his flat.

And there was no need to count the silverware because none of the pieces matched.

The Chrysler roared to life on the first try. Oversized wipers splashed water off the windshield like a shaking dog. Gresham eased it into gear. He was lodged against the curb. He put it in reverse. It still didn’t move.

To his left, one of the City’s Finest traffic enforcement scooters stopped next to him. Mr. Meter Maid—dressed in a yellow rain slicker and hat--was motioning for Gresham to roll his window down.

“You’re parked in a red zone, pal. You got a boot slapped on your left front wheel. You gotta be blind not to have seen it.”

Gresham instantly picked up, the Santa Claus-sized bureaucrat had a very smug look on his face. “You’re kidding. No one boots the mayor’s car.”

“Well, go look for yourself.”

He didn’t have to. Fellow citizens at the bus stop nearby were nodding sympathetically.

“Is that funny to you?” Gresham screamed. “What the hell did you do that for?’

“Shit happens, pal when you park in a red zone.”

“What’s your name?” Gresham barked. He had never seen the traffic agent before.

“Eddie Peabody. And just so you won’t forget, you’ll see my signature on the ticket.”

“What ticket, Eddie Peabrain? There was no ticket on my windshield,” Gresham hollered. He was red-faced.

“Must of blown off in the storm. Trust me, you got one. I’ll see that you get a copy mailed to you, pal.”

“It could be King Tut’s chariot for all I care. It still gets a ticket and a boot for being in a red zone.”

“I’m not the Bozo that parked it in a red zone. You’re lucky I didn’t have it towed.”

“I told you not to Pal me. Screw you. Get back here and undo the god damned boot—you fat ass!”

Mr. Meter Maid shut the scooter’s engine. “What did you say to me?”

“You heard me. This is His Honor’s car. I need to pick him up and take him to City Hall. You’re interfering with a city official and impeding his ability to conduct his duties.”

“That’s not what I heard?” “You probably heard me say fuck you, Eddie.”

“Yeah, that’s the part you’re going to have to explain to the patrol officer I’m going to call.”

“Save your breath, dipshit, I’m a cop and you’re the last call I would respond to on a day like this.”

“You sonofabitch,” Eddie said and jumped off the scooter seat. “Get out of the fucking car so I can level you.”

“You got shoe leather for brains, Peahead. I think you better unlock that wheel if you know what’s good for your career.”

“Look, you fat ass scooter fleabrain. I don’t’ have time for this—unlock the damn wheel.”

“I should slap you around,” the badged scooter jockey said. “What kind of jerk are you?” Mr. Meter Maid bent over and shouted: “Show me where it says anywhere on this car that it’s the mayor’s limo. I don’t see any special plates. You show me?”

Gresham leaned up off his seat: “This car is part of a security detail; what kind of security do you think we’d have if we plastered Joe Martin’s name all over it? You tell me, scooter boy?”

Mister Meter Maid was chewing gum, “Looks like you’re gonna have to do some explaining to His Honor and that’s what that ferret-faced, bleeding heart liberal gets for hiring you—ain’t that right, hotshot?”

Gresham yanked for the door handle.

Eddie Peabody leaned into the door.

Gresham was stuck behind the wheel. “I’m not explaining shit.”

Both peace officers were close enough to smell each other: Mr. Meter Maid’s stale coffee and Gresham’s toothpaste.

“You are the stupidest man alive,” Gresham shouted.

“I’m not the asshole who parked this car in a red zone overnight. The sign is printed in English just for you, you Irish sonofabitch. And the curb is red as your neck.”

“What are you a limey?” Gresham’s forefinger was half an inch from the meter maid’s face.

Gresham pounded on the steering wheel. “This is truly outrageous,” he mumbled to himself as he reached for his wallet to show his ID that identified him as a special City Hall security agent. As he opened it, four tickets to the Chargers/49er game on Sunday, a gift from His Honor landed on his lap.

Grabbing the tickets, he stuck them in Mr. Meter Maid’s face. “Eddie, you sot, I’m asking you for the last time. Unlock the goddamn boot off of this car."

The meter agent yanked the tickets from Gresham’s hand. “These better not be cheap seats.”

Eddie Peabody feigned surprise, slapped his forehead with his hand and shouted loud enough for the bystanders to hear him, “JESU, WHY DIDN’T YOU TELL ME SOONER IT WAS A FUCKING CITY EMERGENCY?” He bent down and unlocked the red boot off of the limo’s left front rim. “Next time, you Irish dickhead, you ain’t gonna get off so easy.”

Gresham did notice a couple of thumbs up flashed in his direction from the bus stop crowd as he pulled the limo out into traffic.

In his rearview mirror, Mister Meter Maid was putting the heavy yellow boot into the trunk of his scooter.

They were both exhausted.