MEDIA MONDAY / KEEPING MASS KILLER SUSPECTS OFF OF PAGE ONE

GUEST OPINION / By Nicole Carroll, Editor-in-Chief, USA TODAY--You won't see a photo of the Buffalo shooting suspect on our front page. And after the initial coverage, you'll see limited use of his name. Instead you'll see "the 18-year-old man" or "the suspect." We know that many shooters are motivated by attention, and we certainly don't want to give it to them.

We have a public-safety responsibility to let readers know who they are, but will not amplify their hate. So our standards say that if we need to run the photo, don't run it on the front page, or at the top of the story online, or as the main art on social media. Place it inside the paper or further down in a digital story.

Past the initial coverage, we encourage editors to ask whether they need to run it all.

And any reporting on the shooter should be meaningful and explanatory. We should report on a verified motive, contributing factors, red flags and how the incident could have been avoided or the damage reduced. What about the materials they leave behind? First of all, we're not calling the Buffalo shooter's document a "manifesto," even if that's how law enforcement refer to it. (We will use the word in a direct quote if absolutely necessary but will try to paraphrase.)

One definition calls a manifesto "a public declaration of policy and aims." That is much too weighty a title to give the written ramblings of a suspected mass murderer. "We should also have conversations about how much information needs to be shared with the public," USA TODAY Network Standards Editor Michael McCarter wrote to the staff Monday. "Certain aspects of the document MAY contain the rationale behind the motive for the shooter’s actions. We should not, however, become a publishing and distribution platform that amplifies the shooter's beliefs and conspiracy theories."

We do not want to publish material that individuals wishing to replicate the crime can follow. 'This is the heart of the Black community':Buffalo shooting rattles close-knit neighborhood These are the conversations our team has been having since news broke Saturday about the mass shooting at a Buffalo supermarket, killing 10 people and injuring three others in another high-profile hate crime. Eleven of the 13 people who were shot were Black, Buffalo Police Commissioner Joseph Gramaglia said at a news conference. How can we stop hate crimes? Schools must teach our nation's racist past.

"We discuss everything from our word choices in describing the suspected shooter(s), to when we should name the victims, to the images we share; all to ensure that we are as precise in the reporting as possible without glorifying the shooter or amplifying hate and rhetoric," McCarter said.

Are we perfect in our choices? No. But we're trying to be as vigilant as we can across the USA TODAY Network's 200-plus news organizations.

So let's talk about the words we use.

What constitutes a mass shooting? Our definitions:

• A mass killing is an incident in which at least four people are killed.

• A mass shooting is an incident where at least four people are hit with gunfire, even if there are no fatalities.

• “Mass casualties” may be used by hospitals and first responders – it can include injuries and/or deaths.

What about terrorism? When is something a hate crime? There often is a debate about what definition is appropriate. McCarter sent out these guidelines as well.

• The FBI defines domestic terrorism as "perpetrated by individuals and/or groups inspired by or associated with primarily U.S.-based movements that espouse extremist ideologies of a political, religious, social, racial or environmental nature."

• And when to use "racist attack?" Our reporting should unequivocally establish racist motives.

• What about cause/motive/mental illness? Avoid oversimplifying a motive, especially early on. Causes are likely complex, not singular. Always verify and attribute.

If we report that mental illness was a factor, we must attribute it. Also, be mindful of stigma and prove context, such as the fact that people with mental illness are more likely to be victims of crimes than perpetrators.

When is someone a teenager? When is he a man? An intern brought up Sunday that she'd seen some stories on the internet describing the 18-year-old suspect as a "white teenager," when stories about Black 18-year-old suspects often described them as "men."

"We should aim to be as consistent as possible," McCarter said. "He is an 18-year-old man. In this case, his race is relevant in the context that the shootings were racially motivated."

As of last week, our staff is on the scene in the Jefferson Avenue neighborhood. About 15 journalists from the USA TODAY Network are covering the story, including reporters and photographers from the Rochester Democrat & Chronicle, the Binghamton (N.Y.) Press & Sun-Bulletin and The Bergen (N.J.) Record.

They're gathering information about the victims and about the survivors of the violence and are looking more closely at underlying issues of radicalization of young men and how the perpetrator planned this attack, said New York State editor Michael Kilian.

When first hearing the news Saturday afternoon, Rochester's Adria R. Walker, packed an overnight bag and headed the 70-plus miles to Buffalo, becoming our first reporter on the scene. Photographer Tina MacIntyre-Yee soon followed. By evening, Kilian said, both were speaking to residents of the Jefferson Avenue neighborhood. MacIntyre-Yee's photos and video helped illustrate the sense of shock and loss and solidarity among people in a neighborhood whose population is 78% Black residents.

Walker composed by midday Sunday a striking and sensitive story elevating the voices of persons whose lives historically have been overlooked, their experiences and views marginalized. Amid the sadness, some hope emerged. Walker interviewed Glen Marshall, who hopes the scene of all this horrific death will also be the birth of some sort of change. "They ought to build some type of memorial," Marshall said. "Some movement needs to come out of this here. They ought to dedicate the rejuvenation of this whole area here and put up some kind of shrine to them. This is horrific."

These are the stories we need to tell, Kilian said, "doing our best to provide people-centered, community-based coverage that serves the needs of the persons most affected by this act of violence. "And as the press corps moves on to the next outrage, we are committed to staying with the story of the Jefferson Avenue neighborhood, examining not simply the systemic forces that have isolated it, but the joy of life there and the pride that residents feel in everything from delicious Sunday dinners to art and culture to religious faith." 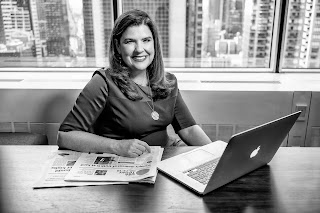