In researching interesting coffee houses for this blog [pillartopost.org], we ran across Connor Gorry, who reminded us of another ex-pat American woman named Sylvia Beach. A century separates the two eastern seaboard natives but both are similar in that they both ended up opening an English language book store in their adopted countries.

Connor, left photo, in 2002, moved to Havana permanently “where I am an accredited journalist and freelance writer covering the Cuban health system, current events, the reform process, travel and tourism, and anything else that piques my interest – from dubious fashion and biotech to fidelity and the Harley biker scene.”

In August 2013, she founded Cuba Libro, the only English language bookstore/coffee house on the island, and a pioneer in ethically and socially responsible business practices.

The café and bookstore idea came to her somewhere around May 2012, “a friend of mine drove across Havana to drop off a sack of books.

Her friend said, “They’re good, not great. I don’t have room for them.” Connor mused, who has room in their life for good, not great, books? Not my friend, nor me. But as I looked at that yellow bag of books month after month, an idea began to brew: what if Havana had an English-language bookstore and coffeehouse where Cubans and visitors of all types could sit in a hammock with a current magazine or classic book, sip a delicious cappuccino and make new friends?” 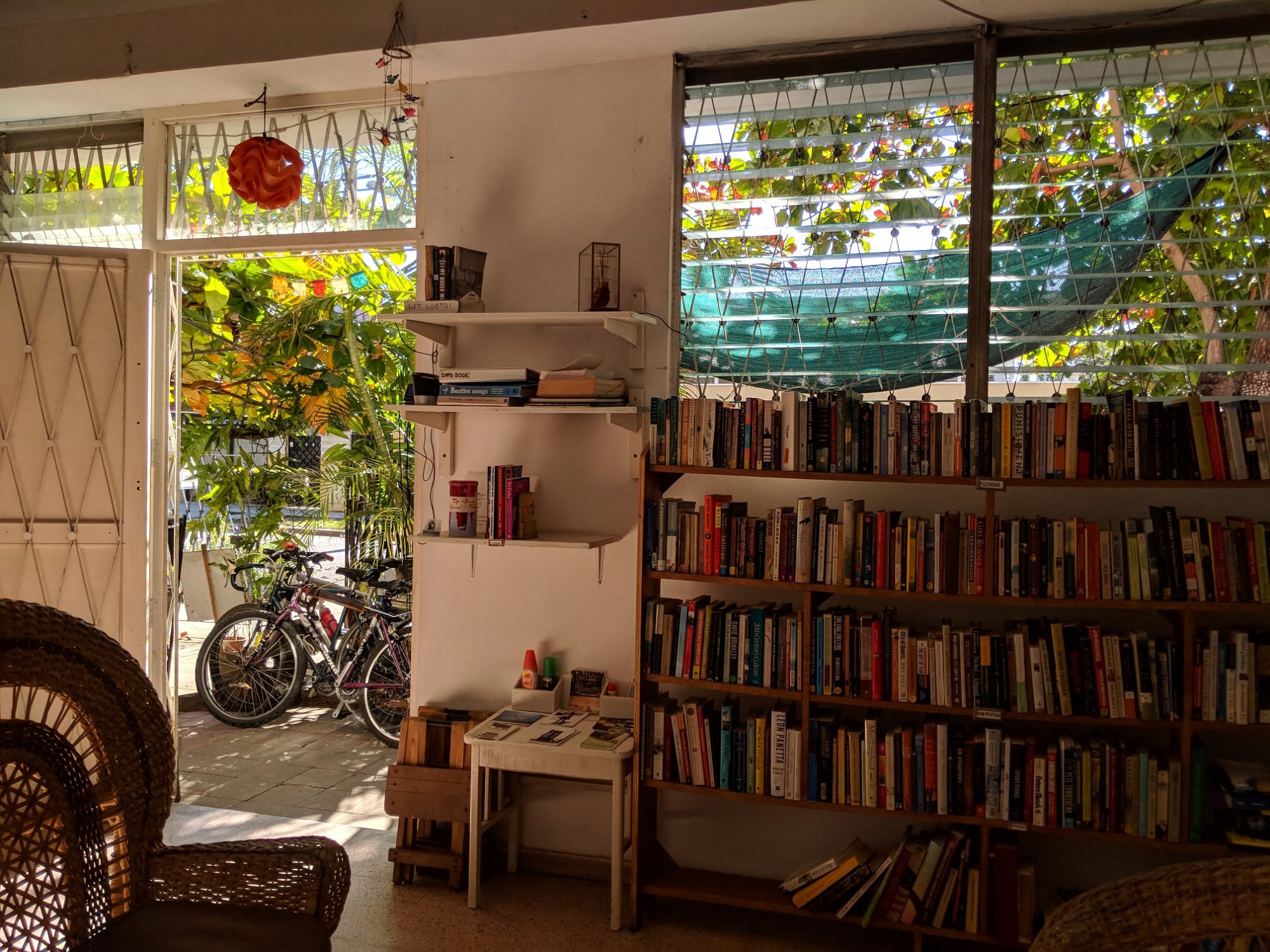 And so Cuba Libro was born. Years later, Connor and her crew are very proud of the community we’ve built around great coffee and literature, ethical and social responsible business practices, a varied cultural events schedule, an organic farm share, and donation projects and that’s just to name a few activities and causes. She writes an occasional blog about life in Havana. A task that is a labor of love and often she shares her inner feelings—wearing them on her sleeve (as the old cliché suggests). She welcomes Internet visitors and asks for patience with Cuba’s balky at times Internet. @ConnerGo.

Cuba Libro is a coffeehouse and English-language bookstore providing a prototype of socially- and ethically responsible business in Cuba’s emerging economy. Cuba Libro is a community center much like Shakespeare and Co., was in the early part of the 20th century. Like Sylvia Beach, the bookstore business is an economic challenge. She does so much more for her community than sell books, magazines and coffee.

Keeping fingers crossed we hope Cuba Libro weathers the fiscal storms. Donations to Cuba Libro help, amigos. Connor Gorry like Sylvia Beach before her is a heroine of the English language. 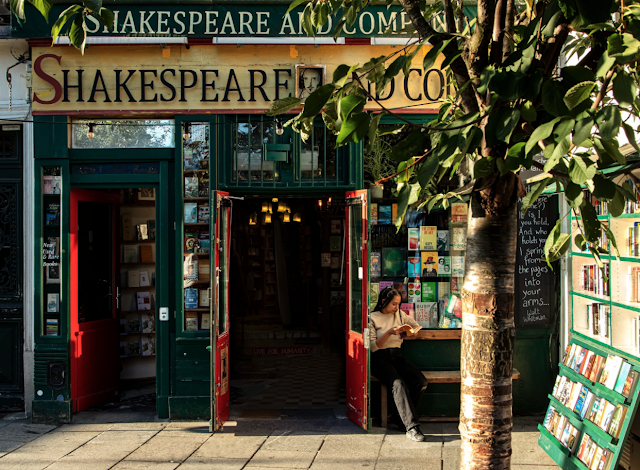 Shakespeare and Co. [image above]