SUNDAY REVIEW / WHY CAN’T WE THROW AWAY OLD BOOKS?


We’re drowning in old books. But getting rid of them is heartbreaking. ‘They’re more like friends than objects,’ one passionate bookseller says.

What are we to do with our flooded shelves?

GUEST BLOG / By Karen Heller, popular culture feature writer with the Washington Post—On a recent weekday afternoon, Bruce Albright arrives in the Wonder Book parking lot, pops the trunk of his Camry and unloads two boxes of well-worn books. “It’s sad. Some of these I’ve read numerous times,” he says.

Albright, 70, has been at this for six months, shedding 750 books at his local library and at this Frederick, Md., store. The rub: More than 1,700 volumes remain shelved in the retired government lawyer’s nearby home, his collection lovingly amassed over a half-century.

But Albright is on a mission. “I cleaned out my parents’ home,” he says. “I don’t want to do to my kids what my parents did to me.”

He’s far from alone. Books are precious to their owners. Their worth, emotional and monetary, is comparably less to anyone else.

Humorist and social critic Fran Lebowitz owns 12,000 books, mostly fiction, kept in 19th-century wooden cases with glass doors in her New York apartment. “Constitutionally, I am unable to throw a book away. To me, it’s like seeing a baby thrown in a trash can,” she says. “I am a glutton for print. I love books in every way. I love them more than most human beings.” If there’s a book she doesn’t want, Lebowitz, 72, will spend months deciding whom to give it to.

“I kept accumulating books. My life was overflowing with books. I’d have to live to 150 to reread these books,” says Martha Frankel, a writer and director of the Woodstock Bookfest. She amassed 3,600 — and that was just in the office that she closed in 2018 — “but the idea of getting rid of these books made me nauseous.”

America is saturated with old books, congesting Ikea Billy cases, Jengaing atop floors, Babeling bedside tables. During months of quarantine, book lovers faced all those spines and opportunities for multiple seasons of spring cleaning. They adore these books, irrationally, unconditionally, but know that, ultimately, if they don’t decide which to keep, it will be left to others to unceremoniously dump them.

So, despite denial, grief, bargaining, anguish and even nausea, the Great Deaccession commenced.

“This is the most material flooding onto the market that I’ve ever seen,” says veteran Vancouver, Wash., dealer KolShaver, a sentiment shared by sellers across the country. For dealers who survived the pandemic, “the used-book business has never been healthier,” says Wonder Book owner Chuck Roberts, a 42-year veteran in the trade, strolling through his three-acre warehouse, a veritable biblio wonderland, jammed with volumes ranging from never-been-cracked publishers’ overstock to centuries-old classics bound in leather.

“We take everything and pretty much what no one else is going to take,” Roberts says, which is how his business accumulated an inventory of 6 million, with 300,000 more new used books arriving every month. Wonder Book practices “nose-to-tail bookselling,” meaning a home or use is found for each item one way or the other through multiple websites (national and international), three bricks-and-mortar stores, and school and charitable donations. Wonder Book’s damaged items on life support are pulped to produce 100,000 pounds monthly of recycled paper.

Despite the advent of the digerati and eBooks, hardcovers and paperbacks continue to flood the market for readers who prefer the look and feel of physical books, the weight in their hands, the pleasure of turning a page. Three-quarters of trade book revenue last year derived from hardcover and paperback sales, according to the Association of American Publishers. A boom in self- and hybrid publishing has allowed more people to call themselves an “author,” with a juggernaut of titles published annually in print, around 395,000 in 2021, a 15 percent increase in a decade, according to Bowker, which assigns ISBN numbers and bar codes to books.

What to do with old books is a quandary that collectors, no matter what age, eventually face — or leave to their heirs who, truly, do not want the bulk of them. Old volumes are a problem for older Americans downsizing or facing mortality, with their reading life coming to a close. They’re a challenge that Washington Post book critic Michael Dirda writes about extensively. They’re a backache every time a collector moves. They’re a headache when collectors want to sell their homes: old stuff, the bane of any listing.

All the books in my 300 boxes sparked joy. The lockdown made me rethink why I was keeping them.

Books do furnish a room, novelist Anthony Powell observed, but they sure do crowd a house. With the exception of family Bibles, as well as rare and personal volumes, books rarely remain in families for generations like photos, china or linen. Says Roberts: “Eventually, they’re going to come up for sale.” 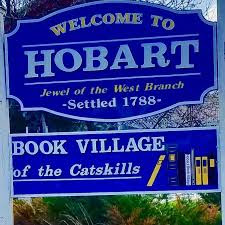 In 2004, Don Dales had the novel idea to transform tiny Hobart, N.Y., into a destination for bibliophiles, inspired by Hay-on-Wye in Wales. “All the storefronts were empty. The little village was totally dead. Dust was rolling down Main Street,” he says. Today, there are eight used-book emporiums in the Catskills town of fewer than 500 residents.

Book lovers are known to practice semi-hoardish and anthropomorphic tendencies. They keep too many books for too long, despite dust, dirt, mold, cracked spines, torn dust jackets, warped pages, coffee stains and the daunting reality that most will never be reread. Age rarely enriches a book.

“Nobody likes to throw a book away. Nobody likes to see it go into a bin,” says Michael Powell of Powell’s Books in Portland, Ore. Owners never want to see their hardback babies pulped. Bibliocide seems particularly painful in this fraught era of banned books. Hence, the sprouting of Little Free Libraries everywhere, and donations to public ones for resale, which enables staff to purchase new books.

“We don’t want them to die. I love them. They’re a part of me,” says author and Georgetown linguistics professor Deborah Tannen, 77. She has books in almost every room of her Virginia home, long ago exhausting shelf space.

“Books represent a significant investment of time and intellectual effort in our lives,” Powell says. “They’re more like friends than objects. You’ve had a lot of conversations with the book. You want to remember the experience. They’re echoes of what you’ve read.”

Topher Lundell, a manager at Second Story Books in D.C., admits that “the vast majority of books I own are unread by me. In some ways, books are symbolic of how we want to feel about ourselves. They’re comforting. I have read these books. These are accomplishments.”

Tom Rachman: How I mourned my sister through the books she left behind

Most people haven’t a clue as to how many books they own. Possibly, they don’t want to know. Roberts routinely makes house calls to owners claiming to own 2,000 books only to discover a quarter of that.

Or vice versa. Drexel University law professor Clare Coleman thought she owned 1,300 books until her book group reminded her that she owned twice that many, given that her Billy shelves were stacked two deep.

Lebowitz knows the precise number of her collection because, each time she moves, she hires specialty book movers who tally her holdings. The hunt for each apartment, and the necessity of blowing her real estate budget, is wholly dependent on it being large enough to hold her collection. In a sense, Lebowitz’s books own her. “I love them more than most human beings,” she says.

Owners may experience relief from jettisoning old books. Not Coleman, 60, whose last move necessitated donating two-thirds of her books to the Goodwill in Swarthmore, Pa. “I regret it intensely. Those books were like a journal of my life,” she says. “Having those books surround me for all my adult life was a real source of pleasure.”

With the exception of rare and antiquarian collectors, few owners know the monetary value of their holdings. Invariably, they overvalue them. That well-thumbed encyclopedia? Worthless. Textbooks? Updated umpteen times, probably shifted to digital. “Very expensive books are a big nothingburger,” book scout and estate buyer Larry Bardecki says, especially coffee-table doorstops. Best-selling hardcovers from 10 years, 50 years or a century ago? Possible literal pulp fiction. “Everyone who wants one already has it,” says Bardecki, who makes as many as three house calls daily, often for Wonder Book. “I’m looking for books that not everyone has.”

Authors prized by one generation are not necessarily valued by the next. “Everyone had a volume of Tennyson in the 1870s,” Roberts says. “Nobody reads Zane Grey.” Don’t get him started on Dan Brown’s 2003 “The Da Vinci Code.” Roberts’s Books by the Foot business sells them wrapped as decoration and sold by color, starting at $10 a foot. At 10 to 12 books a foot, each volume is worth a dollar or less.

Of the design trend, Lebowitz says, “the upside is at least these people know enough to pretend to read them.” These unread books have a long shelf life — as decor Literary taste is as susceptible to fashion as a pant silhouette.

“David Foster Wallace was immensely popular and prices spiked for a while. We couldn’t keep copies in the store,” says Zachary Greene, also a manager at Second Story Books. “Over the past few years, demand has really tanked.” But “The Great Gatsby” is forever, as is any classic that’s a curriculum constant. Books by authors before they became big sell for more, because there are few copies. Used paperbacks often sell for more than a hardcover of the same title. They’re lighter, easier for travel. They’re preferred by younger buyers, dealers say, who practice sustainable reading habits by acquiring used books for less.

With estate sales, heirs may not want the books, but they don’t want them to end up in the trash, either, dealers say. “It’s: ‘Please do something with them. We want to find them a new home,’” Greene says. “That’s more important than getting rid of them.”

Frankel, 72, the Woodstock Bookfest director, is on a mission to winnow her collection. She’s now dealing with the books in her home, which she guesstimates to be around 800 — dispensing with three boxes a month. “I don’t need all these books anymore to feel grounded and literate,” Frankel says. “But if you walked into my house now, you wouldn’t actually believe that is true.” A young friend told her that “books and paper are going to kill your generation.” She says her friend may be right.

Lebowitz, who lives alone, has run out of space in her bookcases. Two hundred books are piled on tables, never the floor, the thought leaving her aghast. She worries about fire: “When I look around my apartment, I realize, ‘Fran, you live in a forest.’” Lebowitz has made provisions for her collection, “only because I had to make a will,” she says, designating them to three friends in their 30s, all book lovers. And if they don’t want all of them? “I’m not the sort of person who worries that much about what’s going to happen when I die.”

Lebowitz makes no excuses. She says: “There are millions of books in the world. Twelve thousand is nothing. It’s like having a pound of salt from the ocean.” So she will hold on to each and every one of them.

ABOUT THE AUTHOR.  Karen Heller is national general features writer for Style. She joined The Washington Post in 2014, and reports on a wide array of subjects, including popular culture, politics, cultural differences and profiles. She was previously a metro columnist for the Philadelphia Inquirer, where she reported on popular culture, politics and social issues.