California Zephyr, one of AMTRAKs longest lines is also one of its most popular routes. The Zephyr runs between Chicago and San Francisco, coursing through the plains of Nebraska to Denver, across the Rockies to Salt Lake City, and then through Reno and Sacramento into Emeryville/San Francisco.

Connections into San Francisco and Oakland stations via Thruway Bus Service at Emeryville, California. Here the #6 Z dips under US80 near Truckee CA enroute to Reno.

Experienced travelers say the California Zephyr (#5 westbbound and #6 eastbound) is one of the most beautiful train trips in all of North America. As you climb through the heart of the Rockies, and further west through the snow-capped Sierra Nevadas, you may find it hard to disagree.

Glide past — not above — amber waves of grain. Climb the magnificent Rockies and Sierra Nevadas and witness the power of the raging Colorado River. Cross the Continental Divide, travel through tunnels and canyons.

Marvel at the vivid hues of Utah’s deserts. There is simply no better way to experience the true majesty of America than from the ground up on Amtrak. Other scenic highlights include: Moffat Tunnel, Colorado's Gore, Byers and Glenwood Canyons, Winter Park, Truckee River, Donner Lake, San Pablo Bay and the Carquinez Strait. 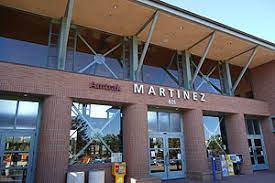