MEDIA MONDAY / FLIGHT DELAY NEWS YOU CAN USE

Thousands of travelers were stranded at U.S. airports due to an hours-long computer outage. If a flight is canceled, experts say most airlines will rebook you on the next available flight. But if you choose to cancel the trip, airlines must provide you with a full refund.

More than 1,100 U.S. flights were canceled and nearly 8,000 flights were delayed as of Wednesday afternoon, according to the tracking site FlightAware.

Even though the Federal Aviation Administration was at fault for the outage, airlines will be on the hook for refunds and other compensation. Kurt Ebenhoch, a consumer travel advocate and former airline executive, said passengers are entitled to a full refund if an airline cancels a flight for any reason.

Staying calm __ and knowing your rights __ can go a long way if your flight plans are disrupted, experts say. Here’s some of their advice for dealing with a flight delay or cancellation: 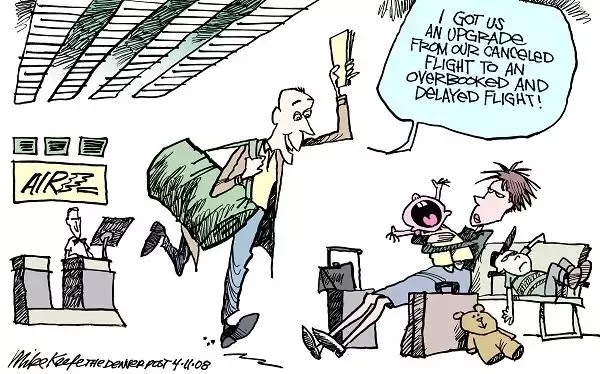 My Flight was cancelled. What next?

If you still want to get to your destination, most airlines will rebook you for free on the next available flight as long as it has seats, according to the U.S. Department of Transportation.

Major airlines including Delta, American, Southwest and United were waiving change fees for Wednesday flights __ and, in some cases, Thursday flights __ to make it easier for passengers to change their travel plans.

If you want to cancel the trip, you are entitled to a full refund, even if you bought non-refundable tickets. You’re also entitled to a refund of any bag fees, seat upgrades or other extras.

Ebenhoch stressed that travelers are eligible for a refund, not just vouchers for future travel. If you do take a voucher, make sure you inquire about blackout dates and other restrictions on its use.

My flight was delayed. Does the airline have to provide me with compensation?

No. There are no federal laws requiring airlines to provide passengers with meal vouchers or other compensation when their flights are delayed. But each airline has its own policy, so if you are experiencing a long delay, you should ask if you can get a meal voucher or a hotel room. In some cases airlines might offer you a discounted hotel rate.

My flight was delayed for so long that I no longer want to make the trip. Can I get a refund?

Can I ask to be booked on another airline’s flight?

Yes. Airlines aren’t required to put you on another airline’s flight, but they can and sometimes do, according to the DOT. Jeff Klee, CEO of CheapAir.com, recommends researching alternate flights while you’re waiting to talk to an agent. Agents are typically under a lot of pressure when a flight is canceled, so giving them some options helps. Ebenhoch also suggests looking for alternative airports that are close to your original destination.

I’m facing a long wait to rebook my flight. What should I do?

If someone in your traveling party is at a higher level in a frequent flier program, use the number reserved for that level to call the airline, Ebenhoch said. You can also try calling an international help desk for the airline, since those agents have the ability to make changes. 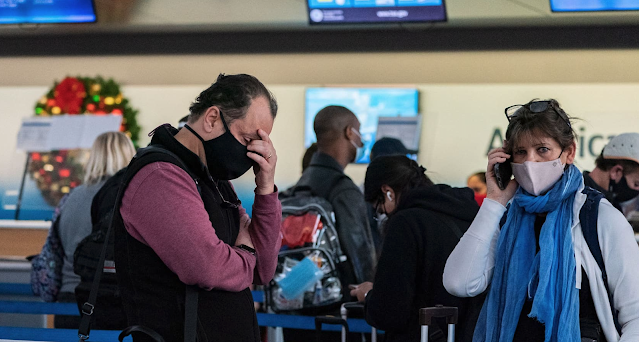