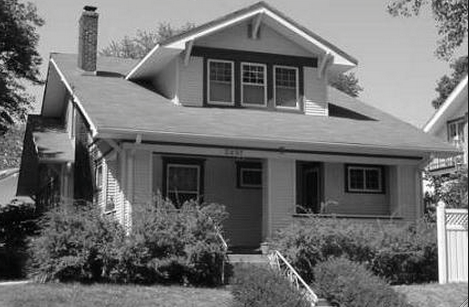 MEN OF THE HOUSE
SHORT STORY By Thomas Shess

He heard a woman scream.
She was close by.
Tom Gresham jumped off his office sofa. He had been asleep.
Light from the hallway shone through his opaque glass door.  He couldn’t remember any of the tenants in the two-story building working so late.
So far, the only one he knew involved with the building was the property manager, who was based downtown.  As for the other tenants, he hadn’t met any of them in the three months since he opened his investigations agency.
He grabbed his snub nose .38 from his desk drawer and moved into the chilly hallway.
The office door at the far end of the hallway was wide open.
Lettering on the glass door read Emily Slater Tax Services.  Inside a radio was playing softly.  Fresh coffee was mixing with the aroma of stacked duplicating paper.
He stepped inside.  Contents of her purse had been rifled through and dumped on the floor.
Gresham stopped cold.
He heard a stumbling overhead that sounded as if a heavy box was being dragged
across the roof,
Gresham flashed on how the landlord had avoided fixing the lock on the main door downstairs.  It was open 24 hours.  Any jerk could come off the street and see her alone.
Gresham reached to the top of the stairs.
A woman was struggling with a transient. “Stop it.  Just let go of me,” she was furious. The bum had his arm around her head.
“Let go of her,” Gresham shouted.  He pointed the gun at the man’s face.
“This is no business of yours,” the bearded man turned.  He was holding a small paring knife at the woman’s jawbone beneath her right ear.
Gresham put his index finger to his lips. He didn’t want her to scream again. Steadily, he moved forward. “Drop the knife!”
“You’re no cop.”
“Last time.  Let go of her.”
“I’m dealing with this scene, man.  Go mind your own business?”
Gresham cocked the Smith & Wesson.
“You take one more step and she gets cut—bad.” The bum drew a thin line of blood on her neck.  She grimaced.
“You’re a second away from having five bullets into your ugly face.”
“Brave man.”
“Braver than you.  I’m not the one holding a knife to a woman.”
“Don’t step any closer!” the bum shouted.  He moved the knife away from her
throat and pointed it toward Gresham.
That move freed the woman’s right hand. Instantly, she lashed at his face scraping
long nails across his forehead.
The man howled in pain. Blood from the gash on his eyelid blurred his vision. She followed with a fierce uppercut under his chin.  His tongue was mashed between his teeth.  Blood flooded his mouth.
The heavy knife hit the floor.
Gresham kicked the knife away
Released from his grip, she slammed her knee into his crotch.  The blow blew the
air out of his lungs.  Her nails tore at his ear as she pushed him to the asphalt covered roof.
She wasn’t finished.
Hell bent she yanked the man’s head into the air by his greasy hair then
slammed it hard on the metal corner of an air-conditioning vent.  Blood poured from his scalp.
“Whoa, whoa. You got him down.  Slow down.” Gresham pulled her away.
The woman was drenched in adrenaline.  “I got five kids at home.  I’m working
my ass off through tax season and this bastard wants to get cute.  I’ll show him what cute is.” She pulled away from Gresham only to step around him to kick the bum in the ass.
“That’s enough.  You clean his clock any more and no one will believe he attacked you.”

Emily Slater, her dark hair now pulled back into a ponytail, sat on his sofa sipped the tea he had made for her and the two investigating cops.
She glanced at Gresham, who was sitting on the corner of his desk.  “You smoke?”
“No.”
The patrolwoman saw the unlit cigarette in Emily hand and handed her a small book of matches.
“Thanks.  Doctor tells me I shouldn’t smoke. If I thought it made a difference, I’d stop.”
Gresham noticed no sign of her calming down.
The bum, however, had sustained enough damage that the woman officer called
the paramedics.  The gash along the back of his head needed stitches.
Emily blew her smoke away from Gresham. “They seemed disappointed that I wanted to press charges against that scum?”
“No, they were concerned that his blood might be on you, on me or on them.  The guy probably has every known disease,” he said and noticed discoloration under her eyes.  Two classic shiners were making their debut.
“You should go to the emergency room.  He cut your neck.”
“The paramedic took care of it.”
“Look, that knife was ugly.  You have to get a tetanus shot at least.”
“I have a doctor’s appointment every day this week.  I’ll have them take a look at it.”
“You need the phone to call anyone?’
“No, I called my boys while you were talking to the officers in the hall. I told them I’d be late getting home. They’ve been going through hell lately and now this.  I didn’t have the heart to tell them over the phone.  I’ll tell them when I get home.”
“How old are they?”
“Fourteen, 12 and the triplets are ten.”
“That is a basketball team and one monster food bill,” Gresham smiled.
“They’re all I got.”
“What are you going to tell them?”
“The truth.”
“That always seems to work,” Gresham said.
“Thanks for everything you did tonight,” she said, “I thought I could handle him sooner. I did what he told me and kept waiting for an opening.  He was stronger than I thought. And God did he stink.”
“Actually you handled yourself nicely once you got away from the knife.”
“I took a couple of self-defense classes at the Navy wives club.  Are you sure you don’t have any smokes here?”
“I’d offer to drive you home, but I don’t have a car.”
“Really.  You’re an odd duck. I thought everyone had a car?”
“I just moved her from San Francisco.  I didn’t need a car there and I...”
She interrupted, “That’s OK, I’m parked on the street. Thanks for the tea it hit the spot.”
Gresham took a long look at her face.  He hadn’t seen such discoloration happen
so quickly.  “Maybe you should go see a doctor—your eyes and cheeks are getting really bruised.”
“The medication I’m on makes any bruise I get really ugly.”
“I’m sorry.” Gresham thought for a second then decided not to ask any more
personal questions. But he did wonder if there was a husband or boyfriend in the picture. If so why wasn’t he here?
“Look, you’ve been an angel,” she repeated, “I’ll bring the donuts tomorrow.”
“I think you deserve a day off.” Gresham walked her to her car.

The postman stuck his head into Gresham’s office.  “Did the tax lady go out of business?  I can’t get anymore mail into her box downstairs.”
“I don’t know? I’ve been out of town.”  It was then that Gresham realized it had been more than a week since Emily Slater beat the bum senseless.  In that time he’d gone to and returned from San Francisco.
The linebacker-sized postman shook his head.  “She’s such a nice woman.  Hope she’s not back in the hospital.”
“Really?”  Gresham saw sadness in the man’s face.
The postman continued, “She told me she has leukemia.  Bad stuff.  She’s been in and out of remission.  She’s such a good person.  Every cold day she makes me coffee.  I don’t get too many chances to sit for five minutes.  But she’d always ask about my family.  She makes everyone feel like family.  And, I keep drinking her coffee and delivering mail from clinics, hospitals, doctors, and insurance companies—you name it.  It just ain’t fair.” The postman spoke slowly in a baritone that made his words seem like a news broadcast.
“She have a husband?” Gresham asked.
“Jeez, that’s the worst of it,” said the mailman.  “Kids are all on Social Security, plus what’s left of the Navy insurance. Their father was a Navy flight instructor.  I don’t know the details but it was a training accident.”
“How long ago was that?”
“She told me once, I forget.  But it has to be at least ten years.  She told me she was pregnant with her triplets when it happened.”
“That’s a lot of punches for one family to take,” Gresham said. “It has to be tough
on her—having all those boys.’
The postman didn’t answer.  Instead he wore a helpless expression.  “Say, I
almost forgot my job. Sorry, man.  She was on my mind because I got this letter for you from her.  I’m not so god damned nosy all the time. I just feel like she’s family,” he repeated.
Gresham took the letter.  The return envelope was on Emily Slater’s stationery.
The handwriting looked like one of her boys addressed it.
“Wait,” Gresham said to the postman.  “What’s your name?”
“Bill Anderson.”
“Wait. I’d like you to be here when I open this.”
Both men’s faces were solemn.
The clumsy, but neat handwriting turned out to be a dinner invitation.
Gresham smiled.  “It’s not bad news.”
“Good,” the postman’s shoulder’s straightened up.  “That’s good news.”
Gresham read on. “Thank you very much for helping our mom the other day.  We would like to invite you to dinner on Friday, February 12 at 6:30 p.m.  We would appreciate the courtesy of a reply.”  A stamped envelope was included.
“They just invited me to dinner,” Gresham smiled. “All five boys signed it.”
Bill Anderson grinned.  “A personal thank you--that’s something special. That’s great, I can’t get my kids to pick up after themselves.”

One in a series of previously unpublished original fiction by Pillar to Post blog.