DAY OF THE DISAPPEARED 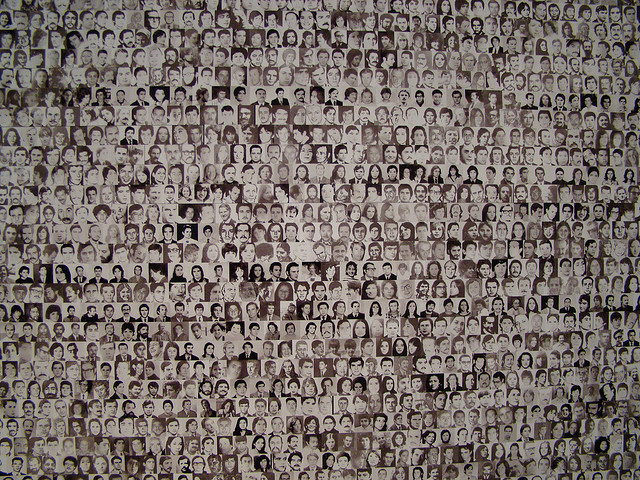 Today is the International Day of the Disappeared.

GUEST BLOG / By the International Committee of the Red Cross--In war, many people go missing, causing anguish and uncertainty for their families and friends. People have the right to know what happened to their missing relatives. Governments, the military authorities and armed groups have an obligation to provide information and assist efforts to put families back together.

Both civilians and combatants go missing in armed conflicts. The fate of soldiers on the battlefield or in captivity may be unknown. Families separated by the conflict may face the anguish of not knowing what happened to their loved ones. Such families often face the pain of ongoing uncertainty and are unable to grieve.

Measures can be taken during a conflict to prevent people going missing. If all combatants carried proper identity documents, for example, their fate could be recorded. All deaths should be registered and information kept on burials or the fate of human remains. Also, records on people detained or arrested must be kept.

Regrettably, adequate measures to prevent disappearances and provide vital information have not been taken in recent conflicts. The Balkans conflict was marred by mass executions and unmarked graves – about 20,000 people disappeared. In Sri Lanka young men were simply rounded up and taken away. In Africa, tens of thousands of families fleeing conflict have been separated. In many cases it is the children who suffer. No continent has escaped the problem and globally hundreds of thousands of people are affected.

The pain caused by such events is personal, often hidden. But whole communities can suffer if the breadwinners disappear and families are left to fend for themselves.

Until recently this "hidden tragedy" as the ICRC has called it did not attract sufficient attention from the international community. It was for this reason that the ICRC organized an international conference in 2003 to tackle the problem of missing people and seek ways to help the families and communities affected.

Government, humanitarian and human rights organizations, the Red Cross and Red Crescent, experts and, most importantly, missing family associations all attended it.

It reaffirmed the right to know the fate of missing people already enshrined in international humanitarian and human rights law. It identified concrete measures parties to a conflict should take to prevent disappearances such as respecting and protecting civilians and managing information on people properly.

It identified the crucial role of forensics and the proper handling of human remains. It recognized the vital role of networks that restore family links in which the ICRC, the Red Cross and Red Crescent and many family associations are involved.

The ICRC continued its work after the conference. It participated in the drafting committee that led to the International Convention for the Protection of All Persons from Enforced Disappearances adopted by the UN General Assembly in December 2006. The ICRC's president publicly welcomed the preventive framework put in place by the Convention and its recognition of the importance of justice.