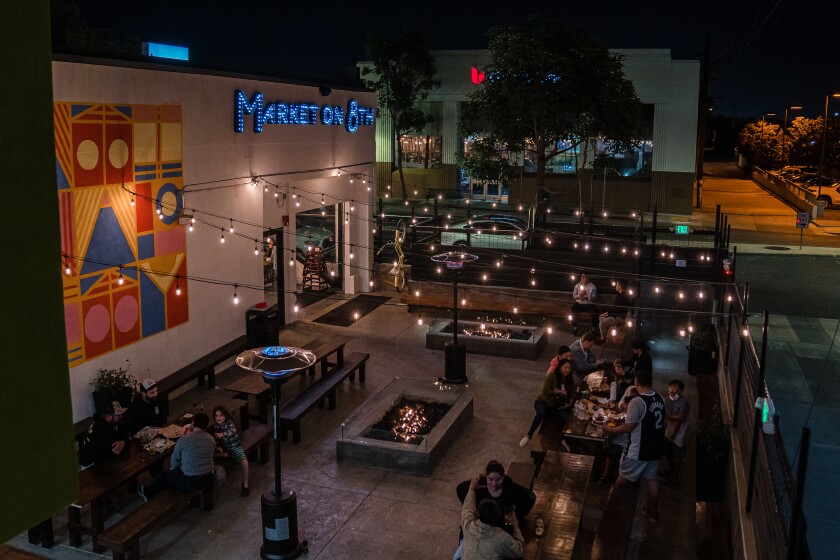 GUEST BLOG / By Tammy Murga, reporter, San Diego Union-Tribune--The new food hall in National City’s downtown is buzzing on any day of the week. People sip coffee while browsing their laptops in the mornings, co-workers chat about the day over lunch and families break bread across long, wooden tables for dinner.
Since opening late last year, Market on 8th (photo above) has turned a once-blighted corner into a community gathering space. The owners now want to add to that experience with live entertainment and new alcohol sales.
Many residents are excited about the additions. Others worry current challenges, such as finding street parking, will worsen.
To make those business changes, Joel Tubao, who owns and operates the Market with his family, sought permission from the city.
He received it last week when the City Council unanimously supported his proposals with certain conditions. The council’s vote came after hearing from about three dozen public comments with mixed opinions.
“The (Market), overall, has been a real catalyst for 8th Street, for our downtown,” said Vice Mayor Marcus Bush. “This space really has become a public gathering space and community space.” 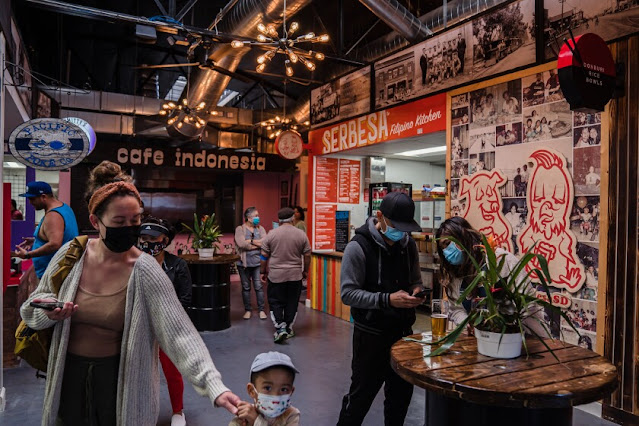 Council members approved modifications to the business’ conditional use permit, allowing live performances and expanded operating hours to the site, which is located on 8th Street and A Avenue. The changes mean the food hall can now host live entertainment, including bands, karaoke or DJs, from 8 a.m. to 1 a.m. daily and sell craft beer and wine until midnight. Prior to the approval, the business could only have a solo entertainer and sell beer from Novo Brazil — the food hall’s only beer vendor — until 10 p.m. The Market can also add a bar on its enclosed rear patio, allow alcohol consumption on the front patio, which is surrounded by a low-level metal fence, and sell alcohol to go.
Some residents fear the extended operating hours and to-go alcohol sales are “a recipe for trouble,” said Bill McColl.
Others worried about potential noise disturbances and allowing drinking on the front patio. Tubao said he is not looking to turn his establishment into a nightclub or a place for “a bunch of knuckleheads to come in and just party and drink heavily.”
“What we’re looking to do is to add more value to the community. You can sit there with a nice glass of wine or craft beer and enjoy the community,” he said, adding that he envisions jazz bands on occasions, as well as hosting yoga on the patio and offering kombucha.
Dominic Hernandez, a chef at one of the food hall’s 12 vendors, said offering a place for open mic nights would enhance the hall as a gathering space for people of varied interests and backgrounds.
Councilmember Ron Morrison made several suggestions, which the rest of the council approved. He called for alcohol sales to cease at midnight rather than 1 a.m. and limiting to-go beer to four packs of 16-ounce cans.
One of the most pressing concerns for several residents, business owners and some council members was parking. Since the Market opened, street parking on A Avenue and the surrounding area has been challenging as the food hall and several neighboring establishments do not have parking lots.
David Ramos, who lives on A Avenue near the food hall, said he opposed the permit changes because later hours will mean more patrons and fewer parking slots.
“I come home and the first thing I have to do is wait in front of my house just to get a parking space and so does every one of my neighbors,” he said.
While the Market is not required to offer parking for customers, Tubao said he has been speaking with Southwestern College about allowing patrons to park in their parking complex on National City Boulevard and 8th Street.
Morrison underscored the need for more parking or better ways to circulate traffic if longer business hours prompt patrons to stay on the premises longer. He suggested adding metered parking in the area. The city is currently drafting a parking management plan and a pilot program that would add meters along several downtown streets.
Bush said “parking is definitely going to be a challenge” wherever density increases, such as in the city’s downtown with several new small businesses and Parco, a 127-unit mixed-use housing and commercial building located across the street from the food hall. Jose Rivas, who works at the Market and lives on A Avenue, said the recent growth in his neighborhood and the food hall as an anchor has brought back life to what was once “a ghost town.” 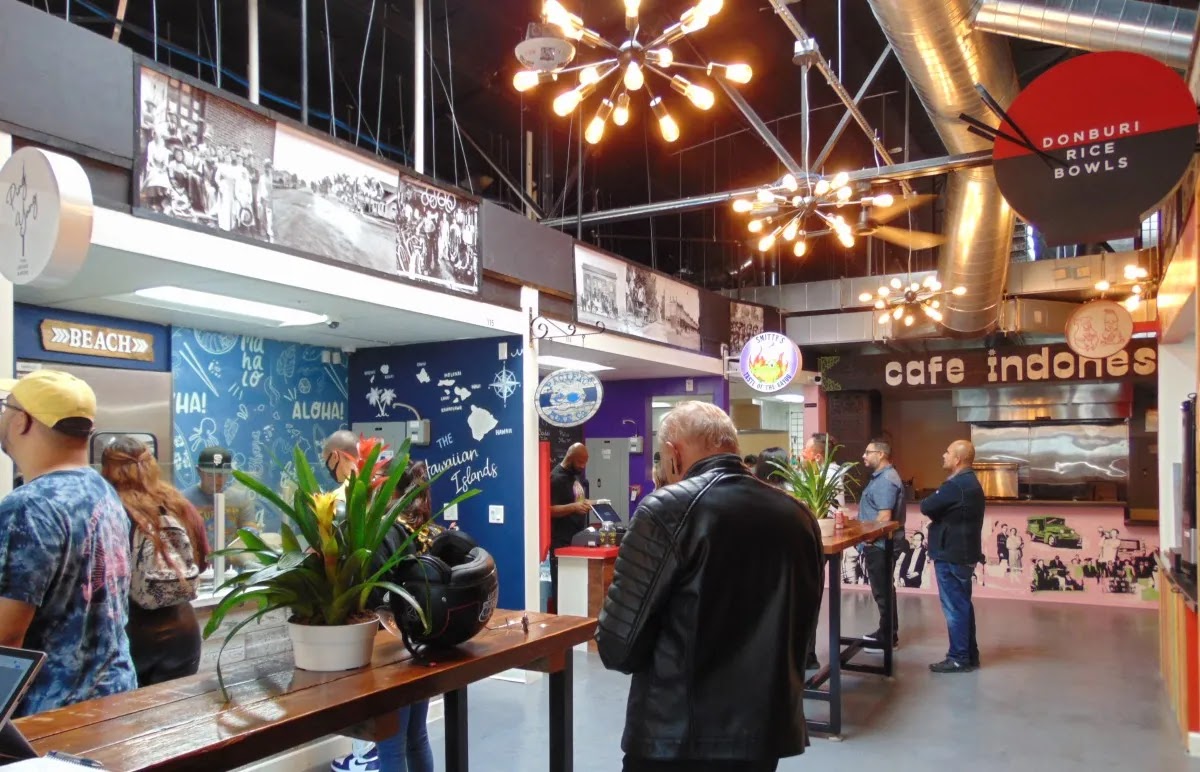