ANATOMY OF A LOSING TRADITION

ONE FAN’S ROAD MAP AS TO HOW THE SAN DIEGO PADRES CAN BECOME WINNERS
Good news first.  Attendance for 2015 closed at 2,459,742, which is the 7th  highest total in 46 seasons that the San Diego Padres have been a major league franchise.

Bad news.  On the field the Padres finished 2015 with a 74-wins and 88-loss record, which was good enough to finish fourth out of five teams in the National League West division.  The team’s .457 winning percentage put them 18 games behind the division leaders, the Los Angeles Dodgers.  And, they fired two managers this season.

San Diego’s historic spending spree leading up to the beginning of the 2015 season translated to a losing record that was even worse than 2014 when Bud Black was the manager. Last year the team won 77 games. In hindsight that is an amazing reverse engineering statistic.  How do you get worse?

If you said the San Diego Padres were historically lousy that would be akin to you predicting the sun will rise in the East.

The team’s two World Series championship appearances in 1984 and 1998 came about after winning 98 and 92 games respectively.

What can be done to get on the right track?

Over the years in a media career I’ve had the opportunity to discuss the San Diego Padres with professional baseball players.  Granted, my discussions were limited to ten or so.  But each pointed to one reason why the Padres lose more games than they win.

Simply put, the Padres do not have a winning tradition.

The following is an example of the current win/loss tradition:
Let’s take a look at the 2010 roster than won 90 games compared with the 2011 team that won 71 games.   In a nutshell, the two seasons reflect the lack the team has had since its inception to deliver a winning tradition.  For that the blame goes on the ownership.

The 2010 team had quite a few “gamers” on the roster.  They were players who refused to quit.  They hustled.   In 2011, those players were missing.  See charts at end of this blog.

Having a poor winning record (i.e. tradition) does two things.  The advisors of younger up and coming major league quality players don’t encourage their son/client to sign on with the Padres.  Players have only one career.  Why waste it playing for the Padres?   Of course, that message is massaged with baseballspeak.

If you fail to sign or develop ML quality players that team will be perennial losers.
The winning record of the Padres since 1969 defend anyone calling the organization losers.  Sad?  Yes.  Unfair? Maybe.

But how does one get a winning tradition?
By winning more games in a season than you lose and do it year in and year out.
If the 2015 Padres won eight more games they would have finished 82-80.  Not great but it becomes one step closer to shedding the loser label.

Scouts, agents, college coach and other Major League influencers will take a look at the Padres if they have won more games than they lose over a decade.  One game over .500 makes you a winner.

Improve by eight games.  Is that too much to ask someone making six figures or better to play a game?  Obviously it is for the Padres organization.  The Padres throw away games with sub par pitching.  If you are a so-so pitcher at the major league level you do not throw the ball over the plate.  So you nibble at the corners and because you are part of a so-so pitching staff you end up walking seven or more opponents per game.  Recipe for disaster.  Recipe for a losing tradition.

Another comment Major League players have told me is the Padres should invest money in a quality draft and farm system year in and year out.  Percentages show they look like fools when they make trades with other teams.  Is it bad luck or lousy management?  No team has bad luck for 32 years?

One question they all dodged was the following.  By mid-August and the team is 15 games out of first place, why does the team keep trotting out starting pitching that has already lost a dozen games?  Why not bring up a young ace (if you have one) from the minors and give the kid experience.  Losing 12 games by September is not a sign you have a hidden ace up your sleeve.

My interviewees mumbled “that just isn’t done?”
What isn’t done?
Thinking out of the box.
Well, thinking inside the box has earned the team 32 losing season out of 46.
Time for ownership to fish or cut bait.

Bottom line:
With more than 2.5 million fans showing up to see a bad movie season after season, ownership should be thanking a few stars overhead.  People go to games for far more reasons than being rewarded with a win.  Baseball in America is a social event.  It’s a bonding experience—generation to generation.

Catching a foul ball with a grandchild sitting next to you is more important than a win.

Maybe a lot of you think this is a negative column toward the Padres.  So be it.
But, as a bad as they are “most of the time” they are the only team I will pay money to watch play and to root for ever game of every season.  The Padres are the only team my sons and grandsons root for even though they live in the San Francisco Bay Area

But such loyalty “every now and then” needs to be rewarded.

Come on, guys, suck it up.  Eight games.  Just win one more game than you lose and we’ll all be winners!

One last thing.
As for who should be the manager for the 2016 season?  Look at history.  The two managers, who led the Padres to the World Series Dick Williams and Bruce Bochy have won World Series titles.  Yes, yes, I know Bochy didn’t win until he left.

Find a candidate who has won a World Series as a manager.  I can think of two: Bobby Cox, Joe Torre.  To see either of those gentlemen in a Padres uniform brings goosebumps.

Dave Anderson of the New York Times wrote a wonderful article about Ray Kroc when the Padres beat the Chicago Cubs to advance to the 1984 World Series: 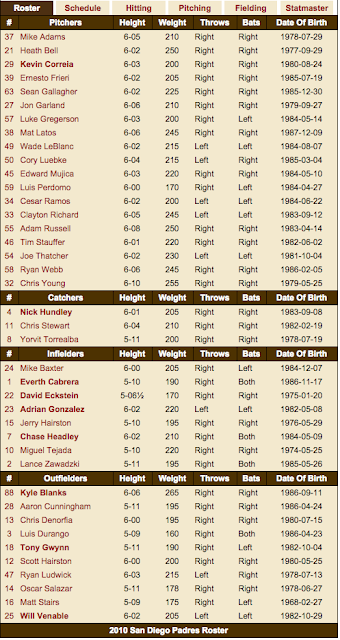