MONDAY MEDIA / HOW COMMUNICATORS CAN FRAME THE TRUTH 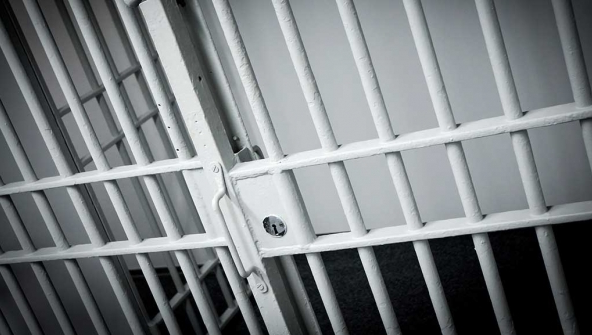 A Western educator at a respected international school was denied his human rights and jailed on obviously mendacious charges after a clearly corrupt investigation and an unfair trial presided over by a hostile judge.

This is a real story. But it’s one you probably haven’t heard.

In July 2014, two staff members at the prestigious Jakarta Intercultural School (then Jakarta International School) were arrested under charges of sexually abusing three kindergarten boys. Indonesian teaching assistant Ferdinand Tjiong and Canadian administrator Neil Bantleman were held for months before their trial, sentenced to 10 years of jail time in April of this year, and released from prison when their verdict was overturned in August. (Full disclosure: Bantleman spent a decade at my former school in Calgary, Canada, and was my middle-school gym teacher.)

Supporters worldwide adopted the #FreeNeilandFerdi hashtag, and, at the time of this writing, the “Free Neil and Ferdi” Facebook group run by Bantleman’s brother has nearly 6,600 members.

From the start, the accusations were, to put it mildly, problematic. One student claimed that he had been raped with a “magic stone” conjured out of thin air; the parents of the boys asserted that repeated assaults had happened in an entirely glass-walled office in the middle of the school; and the mother of one of the boys sued the school for $125 million (USD). The investigating and arresting officers are now under scrutiny for corruption. The judge—who refused to allow the defense to introduce medical reports from three hospitals showing no evidence that the students had ever been assaulted—is not.

Proof that the accusations were fabricated, details of the improper investigation, and specifics of the unfair trial—which has been condemned by critics worldwide, including the U.S. ambassador to Indonesia—are too numerous to relate here (though they are fairly well enumerated by Bantleman and Tjiong’s supporters). Since a higher court overturned the initial guilty verdict on August 14, the parents of the three students have moved abroad; they are facing a perjury investigation in Indonesia, in the course of which—in an ironic twist of fate—Bantleman was recently questioned as a witness. Nevertheless, the prosecution filed an appeal with the Supreme Court of Indonesia last month, meaning that the legal debacle will drag on. A quick search for “Indonesia” on Google News, however, turned up not this story, but that of two journalists who, as of last week, are facing five years in prison for working on tourist visas. (The journalists are British. Their story ran in The Guardian.)

In Calgary, Canada, where Bantleman taught for a decade, and in Burlington, Ontario, his hometown, this was a big news story. But few American outlets covered the case, and the stories that did run attracted little attention.

Why not? Perhaps because it didn't involve any Americans—but there's another reason, too. It's something called episodic framing, and it has serious repercussions for how we think about issues like human rights abuses.

“Framing” is a pretty broad term in media and communications studies, but it generally refers to how a communicator approaches an issue or event. For example, if Black Lives Matter is organizing a protest march through downtown D.C., some commentators will frame the march as a free speech issue; others, as a racial or criminal justice issue; still others, as a public safety issue.

If you’re following an episode in the news, then once that episode is resolved, so is the problem as you understand it.
But framing can also refer to how the media packages our news. Say that Vice, in response to our hypothetical BLM march, decides to publish a story about the structural racism facing urban, working-class black Americans, and how certain protest tactics do or do not disrupt those societal patterns. That’s a thematic frame. But say MSNBC runs a story about the debate over this single march. That’s an episodic frame.

Episodic frames cover a single event or subject with little reference to the more systematic aspects of that subject. They’re the report about a murder in a segregated neighborhood, or the struggles of one HIV-positive single mother. Thematic stories about ongoing societal conditions are harder to cover, more expensive to produce, and less flashy to watch. Events are exciting, and viewers can empathize with a personalized subject. So the majority of news—especially television news—is, for the most part, framed episodically.

This matters a lot.

Why? A few reasons. First, the framing of an issue has real effects on how people think about that issue. People who see thematically-framed news reports about the underlying causes of urban crime (poverty, lack of education and opportunity, structural discrimination) tend to assign responsibility for crime to an imperfect society. As a result, they favor societal solutions, like better social services and increased funding for education. On the other hand, people who see an episodically-framed news report about a single crime tend to think of crime as the actions of a few bad apples. So they favor solutions that punish those individuals: harsher, longer jail sentences, less leniency, mandatory minimums.

Second, if you’re following an episode in the news—without being exposed to the ways in which it belongs to a larger context or pattern of events—then once that episode is resolved, so is the problem as you understand it. This is probably in part why it took years for Americans to recognize that unarmed black men were disproportionately victims of police shootings: Before the activist movement that emerged after Ferguson called attention to the pattern, each shooting was always an isolated incident.

The result is that news becomes a series of unconnected events. And as soon as one is resolved, the case is closed.

Organizers of the Free Neil and Ferdi group know this. It’s why, immediately after Bantleman and Tjiong were released from prison in mid-August, they made a big push to pivot their supporters straight away to the cause of five cleaners at Jakarta Intercultural School who were arrested in 2014 on related charges. Human rights critics have said that the cleaners were tortured into confessing that they’d sexually abused students in a school bathroom. The State Department’s Country Reports on Human Rights Practices for 2014 included an account of the circumstances:

Reports indicated police officers covered [the cleaners’] eyes with duct tape, beat them with fists and metal chairs, whipped them with a fire hose, applied spicy ointment to their genitals, burned them with cigarettes, and shocked them with electricity. Suspect Azwar died during questioning. The officers alleged he committed suicide by drinking floor cleaner after he was put into a supply closet for holding. The four remaining suspects later retracted their confessions.

The cleaners remain in jail. The oldest is only 26; the youngest is 21. They all support multiple family members. And as public (Canadian) interest in Bantleman’s situation dies down, they’re likely to see their supporters vanish.

Episodic frames focus on what doesn’t matter. They hide the true shape of the world. And that’s the third problem with episodic framing. It’s arbitrary—both in who it chooses to rescue or sink beneath the dark waves of hopeless obscurity, and in the glimpses it lets us see of the world. The paragraph about the cleaners was the only concrete anecdote about torture in the State Department report on Indonesia, a country whose citizens file thousands of complaints about police mistreatment every year. Was the cleaners’ case representative? Or was it just particularly visible?

It’s hard to know, because when we see events as isolated phenomena, we fail to see the greater context in which they fit into the world and each other. No press story on the JIS case discussed the ways in which the U.S. is supporting Indonesia—and, by extension, their legal system—as a strong bilateral partner, with $27 billion in trade. Nor did any discuss how many Western educators abroad are jailed every year as a result of corrupt legal systems, or how often their governments get involved, or whether those prisoners become diplomatic pawns and what effect that has on world trade and global political and economic relationships. It’s hard to have a conversation about human rights and corrupt legal systems across the globe when you don’t know that a global problem even exists.

Episodic frames are a way into a story—Burlington residents care about this trial because they can relate to Bantleman—but they also keep important stories out of our sphere of knowledge. They focus on what doesn’t matter. They hide the true shape of the world. In fact, many news consumers didn’t even have the opportunity to open any of those larger discussions at all, because they didn’t—and still don’t—know that Neil and Ferdi were ever in jail. The problem with news producers’ preference for episodic framing is that they’ll only run a story if they think viewers will care about the episode.

Which is why you probably haven’t heard Bantleman and Tjiong’s story. It’s why the five tortured cleaners will likely stay in jail for months, if not years. It’s why we’re not having a national conversation about international human rights. And it’s a real injustice.

SOURCE: www.newamerica.org
Posted originally on October 8, 2015 under the original title “There’s a Crazy Human Rights Violation in Indonesia You Probably Haven’t Heard of (in the media).
Devan Kreisberg is New America’s editorial intern. Follow her on Twitter.