For breaking news on ChuckAlek brewers see the end of this blog posting.

“ChuckAlek is a terrific brewery with great potential,” says Jim Koch, founder of Samuel Adams/Boston Brewing, who started the program to help small craft breweries get a leg-up in the industry.  “When I was starting Samuel Adams 31 years ago, I wished I had expert business advice and a working knowledge of accessing capital,” he added.

As part of the Experienceship, Grant and Marta worked on a brew inspired by the ChuckAlec mission of creating old school beers for new school palates.  What resulted is “Time Hop Porter.”  At 5.3% abv, the new porter is brewed with a blend of malts to create a roasted flavor that is complemented by the citrus notes and pine character of the hops blend that comes home with a delicate bitter finish.

“Our time in Boston with the Sam Adams team was amazing—we had a great time brewing this delicious beer and the coaching we received as part of the Experienceship was really the highlight,” says Marta, who is ChuckAlek’s CEO.  “In the few days at Samuel Adams, we learned so much about business planning and moving our company forward.  The advice and mentoring is already having a positive impact on our business as we look forward to opening our next tasting room.

ABOUT CHUCKALEK:
Named after our grandfathers Chuck and Alek, ChuckAlek Independent Brewers pulls some of the past into the present by creating Old School Beers for New School Palates.

We are passionate about reviving old styles, but want to present them in new ways to get craft beer lovers of today excited about the historical journey beer has gone through, and how it is part of living history
Stop in for a pint or tasting flight at our Ramona Tasting Room.  We are family and pet-friendly. Bring your own food, or order off of our appetizer menu from Thai

Brewery tours/special events: Go to our Events page to see the most up to date schedule.

Growler fill policy: We will fill any standard sized growler that you bring in by covering other logos with black saran wrap and placing a ChuckAlek growler sticker on the growler as per California law.

What we offer: Tasters, flights, pints, growlers, 5 gallon kegs (contact info@chuckalek.com if you have a special request). 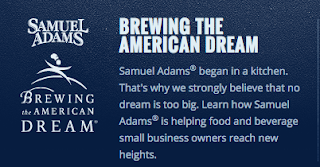 MORE ON THE SAMUEL ADAMS EXPERIENCESHIP
In addition to brewing collaboration and business mentoring, participants also receive access to and funding for industry events of the brewer’s choice.  Samuel Adams mentor program was launched in partnership with Accion, a leading nonprofit provider of small business capital and coaching.  Since 2008, through the support of Brewing the American Dream, Accion has lent more than $6.4 million to 625 small food and beverage businesses, which has created or saved an estimated 2,600 jobs.

ChuckAlek Independent Brewers have received microloans through the program along with Brewery Rickoli in Colorado; MateVeza in San Francisco and Roc Brewing in Rochchester, NY.  These four brewers are the first to participate in the Sam Adams Experienceship and receive funds. 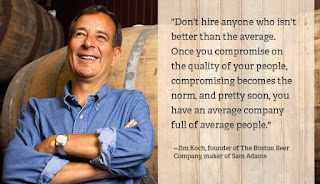 MORE ON SAMUEL ADAMS AND THE BOSTON BEER COMPANY
The Boston Beer Co. began in 1984 with a generations old family recipe that founder and brewer Jim Koch discovered in his father’s attic.  Jim brought the recipe to life in his kitchen.  He liked what he tasted and that kitchen batch launched him on a remarkable journey.  Little did he realize that day that his homemade brew would soon become a catalyst of the American craft beer revolution.

Although, Samuel Adams beer is America’s top selling craft beer, it accounts for only one percent of the U.S. beer market.  The Boston Beer company promises to continue advocating the growth of craft beer across America.

ChuckAlek, a craft beer brewery in Ramona plans a tasting room and outdoor beer garden soon in North Park at the corner of University and Herman Streets, reports North Park News in its current issue.

The ChuckAlek tasting room will be in the Art Produce Building at 3139 University Avenue.  It will not serve food, however, it will be open to allowing patrons to bring food on the premises.  A good choice for tastiness is being constructed next door.  Called Tostadas, the new eatery is associated with City Tacos at 30th & University.

The new beer garden and food enterprise are at the north end of Herman Street, where each Thursday afternoon the North Park Farmers Market holds forth.