En route to sunny El Centro on business, slow (and we mean slow) traffic backed up for miles while CalTrans crews resurfaced Interstate 8 near the Golden Acorn casino.  Next day to avoid the jam on our westbound return trip we veered south off the Interstate by out taking county roads until we reached Highway 94. Heading west along CA-94 from Boulevard, CA, we discovered there’s a lot of rural and surprisingly steep mountain terrain in this part of the county.

It was noon midweek and traffic on CA-94 was light. At one point the only vehicle we encountered was a four-wheel trail bike manned by a Border Patrol agent.  Two weeks earlier the area between Campo and Barrett Junction was ravaged by wildfires.

Quick work by the local, state and federal fire crews kept the flames away from the disaster being even worse.  At that there were deaths and extensive property damage on both sides of CA-94.

At one point just outside of Campo, the large rust colored fence separating the U.S. and Mexico was viable from the highway.  We hadn’t been in Campo for years and forgot how sleepy this hamlet happens to be. Outside of the Pacific Southwest Railway, a general store and the Border Patrol complex there’s not a lot to Campo—not even a greasy spoon. 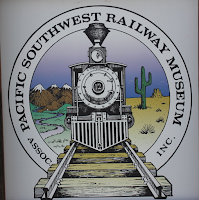 Soon, we rolled into Barrett Junction where civilization consists of the Barrett Junction Café and a grove of ubiquitous pepper streets.  Because meandering is hungry work we had to stop.  The cafe is quintessential rustic.  Toss in the "bikers welcome" sign and we have pure Americana.

We missed the lunch rush.  But we were told he was a nice guy.

The café is next to a Quonset hut that becomes the overflow lounge for the weekend fish fry crowd, a weekly event that has made this restaurant legendary since 1946.

Leon H., the major domo, greeted us with an extensive menu, which was big on BBQ ribs and fish.

We asked if the pulled pork was tender, where upon Leon asked if we’d like a sample for us to judge.

Chef Chris, a genial chef brought out the sample, including a taste of two BBQ sauces.  He also informed us the rib dinner $21.25 was the real deal.  It included the entire 13 ribs that had been on the slow burn for 16 hours. Time well spent.

The rib dinner was simply too much food so we ordered fish and chips and a smaller rib sandwich.  The sandwich came with baked beans and potato salad that almost stole the show.  The pulled pork on this day, however, was not to be outshone.

The walls are decorated with ancient photos and lined with shelves of antiques that have been undisturbed by sales.   Seven political campaign buttons from Harding to Eisenhower are originals and selling for #140 for the set.

Remember, we visited during midweek, between lunch and dinner and we had good service and the meal was delicious.  But, from reading the reviews on Yelp it seems service can be spotty at busier times of the week.  But, they must be doing something right because it has been there 70 years.  Menu prices were more than fair.

When exploring outlying cafes, one rule of thumb has served us well and that is to order the specialties of the house.  In this case: fish and ribs.

MORE ON BARRETT JUNCTION:
The junction is the intersection of Highway 94 and Barrett Lake Road.  The road that once led to Barrett Lake is now closed.  It serves residents of the area only. Barrett Lake was built in 1922 (see below) as a reservoir to serve the water needs of a growing San Diego County.  Some confuse it with Lake Morena a few miles east of Barrett Lake.  Morena is a more recreation friendly destination. 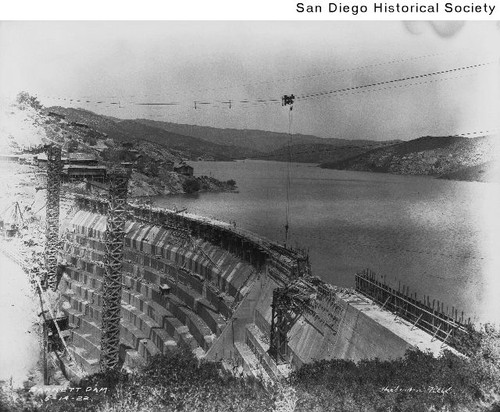