THE BREWSPAPER / THE MAN BEHIND THE PAW 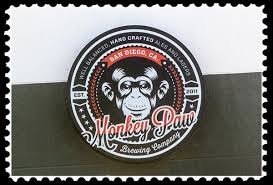 In four short years, Cosimo Sorrentino has gone from avid homebrewer to one of the most visible faces in San Diego’s brewing scene. A big reason for that is the increased visibility that comes with heading brewery operations for two brewpubs—Monkey Paw Pub & Brewery and South Park Brewing Company—and collaborating with just about every brewery in town and beyond. He considers it an honor to get to do work with his industry contemporaries to craft specialty beers, so we sat down with him to tap into some of that passion.

West Coaster: How did collaborations become such a big part of what you do?
Sorrentino: The answer to this question has evolved a bit over the last three years for me. When I began brewing at Monkey Paw, (owner) Scot Blair arranged a few collaborations and mentoring sessions to help me transition from homebrewing. Now that the industry is growing at such an accelerated rate, I feel that it is important to stay connected to other breweries. Collaborations transcend most brewery restrictions such as creative freedom.

WC: How do you like to approach collaborations?
CS: My favorite question to ask when approaching a collaboration is: What do you want to brew that you haven’t been able to yet? This usually leads to a new style, technique or interpretation that neither of us has tried before. This constant progression is one of the reasons San Diego stays at the forefront of the brewing world. I am now lucky enough to be in a position where I not only get to learn from the veterans, I get to compare notes with other brewers who are as new or newer to the industry. Usually “teaching” something forces me to learn more than when I’m watching someone else. Blair has granted me full creative freedom and the resources to see these projects come to fruition.

WC: With two brewpubs to take care of and a full plate, what drives you to take on all these collaborations?
CS: I enjoy learning how other brewers approach the brewing process and these insights help me understand their beers when I drink them. I recently brewed “Baby Bonobos” with Doug Hasker (the head brewer at Gordon Biersch’s Mission Valley brewpub) and we incorporated a step-mash to increase the body in the session version of our San Diego pale ale. This was a first for me and now I understand how he gets such a full mouthfeel in all of his beers. If the opportunity is there, why would I turn down an opportunity to collaborate? I have never seen a collaboration hurt a brewery or a brewer’s reputation or business, yet every project has taught me not only something about beer but also about the industry and the other artists I share it with. Plus I never get to be creative at my own brewery, so I need an excuse to brew something new every now and then. There are also a lot of collaborations that are not necessarily two brewers working together. Both Monkey Paw and South Park work with local chefs, charities and other business to create beers for a variety of events. These projects are doubly awesome because they supply people from connected industries with a deeper understanding of the brewing process and support charities.

WC: What’s new at Monkey Paw and South Park Brewing?
CS: The menu at South Park now consists exclusively of house-made beers. We have started keeping more accessible beers on the line-up to round it out, so expect a cream/blonde ale, wheat/hefeweizen and amber/red to be on alongside our core lineup and rotating specialties. Also my assistant of two years, Jacob Mendoza, has just committed to a job as cellar man at Mikkeller Brewing San Diego. This will necessitate new blood at the breweries. Expect to see some new inspiration and techniques over the next few months.