MEDIA MONDAY / SHOULD THE USA ABOLISH THE ELECTORAL COLLEGE? 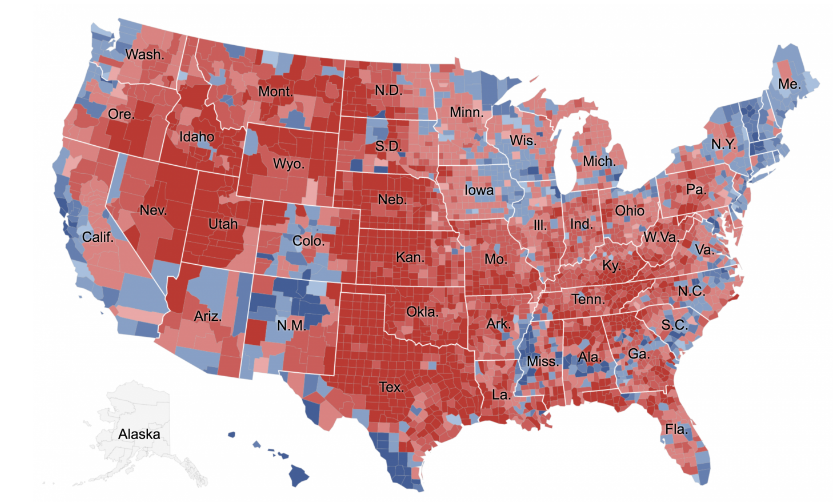 GUEST BLOG / By Dr. Stephen Schwalbe, Faculty Member, Public Administration at American Military University--After the recent presidential election, once again the winner of the popular vote is not going to be the next U.S. president. So many people wonder why the U.S. does not abolish the Electoral College. The arguments for eliminating the Electoral College include complaints of bias within the system toward smaller states, the power of the two-party system and the failure to protect the democratic principle of popular sovereignty.

The 2000 presidential election between George W. Bush and then Vice President Al Gore was the first time since 1888 that the winner of the popular vote did not win the election, due to the Electoral College system.

Now, the debate has resurfaced because Hillary Clinton won over 2 million more votes than Donald Trump. However, she did not gain enough Electoral College votes to win the presidency.

Electoral College Removal Requires Congressional and State Action
Abolishing the Electoral College would require a constitutional amendment. An amendment needs approval by two-thirds of both chambers of Congress and ratification by three-fourths of state legislatures. Over 11,000 amendments have been proposed since the ratification of the Constitution in 1788, but only 17 have been approved (not counting the Bill of Rights).

Electoral Votes Vary Across the US
The 538 electors of the Electoral College are composed of the number of representatives that the states have in Congress plus each state’s two senators. So there are at least three electors per state and the District of Columbia, regardless of population size.  But states can gain or lose Electors as their population shifts. For example, New York State in the mid-1950s led the nation in the number of electoral votes with 45. As a result of a declining population, New York now ranks third tied with Florida with 29 electoral votes, behind California’s 55 and Texas’ 38 electoral votes.

Ending the Electoral College Would Harm Sparsely Populated States and Republicans
The primary problem with eliminating the Electoral College is that with only the popular vote, presidential candidates would focus their campaigns in the larger, more populated areas of the country. Citizens in sparsely populated states like Wyoming would be ignored.

More than half of the U.S. total population lives in just nine of the 50 states. As a result, low-population states such as Iowa, New Hampshire and South Carolina, now critical in the primaries leading up to the general election, would probably never see a presidential candidate in person again. Clearly, these states would not support a change to the current system.

It’s also unlikely that the Republican leadership would want a change to the Electoral College. Democratic majorities live in the major metropolitan areas.

Interstate Compact Could Replace Electoral College Voting System
There are methods of modifying the selection of electors in each state to make the system fairer. The National Popular Vote Interstate Compact is one such movement. It would award each state’s electoral votes to the winner of the national popular vote for president. So in this system, the Electoral College vote would be 538-0 in favor of the candidate with the most popular votes.

Using the National Popular Vote Interstate Compact would effectively neuter the Electoral College without the need to pass a constitutional amendment. For the Interstate Compact to work, enough states with a total of at least 270 electoral votes must enter the compact. This number of votes would be enough electoral votes to sway any future election to the national popular vote winner.

So far, 10 states and the District of Columbia have adopted legislation to implement the compact. Together, these states have 165 electoral votes (61% of the total needed to work).

However, each of these states and D.C. voted for the Democratic candidate (i.e., Barack Obama) in 2012. Because Republican-majority states are unlikely to support this compact, it is unlikely this approach will succeed any time soon.  As such, the Electoral College process of selecting US presidents is likely to continue indefinitely.  However, after each presidential election, Americans will likely again revisit the issue, especially if the winning candidate did not receive a majority of the popular vote.