Editor’s note:  This blog is launching a year long series of monthly posts on Ferris Wheels from around the World.  We started [Pillar to Post blog July 20, 2016]  in Chicago, where a 33 year old engineer George Washington Ferris invented and had built the world’s first Ferris Wheel in 1893.  Each following month we’ll spotlight another Ferris Wheel somewhere else in the world.  This month we’re in Melbourne, Australia. 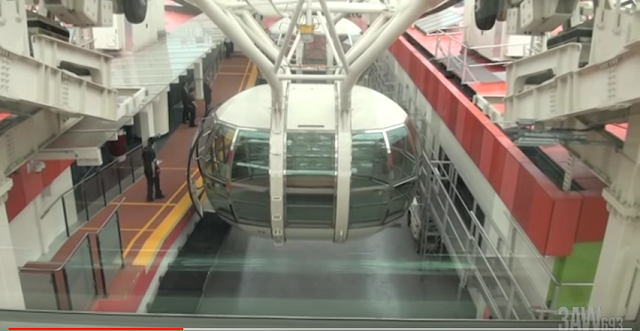 The Melbourne Star Observation Wheel, rebuilt in 2008 in the Docklands area of Melbourne, Australia, is only one of a handful of giant observation [Ferris-like) wheels in the world, and the only one within the Southern Hemisphere.  It is 38 stories (394 feet) tall with 21 air conditioned glass cabins, which provide an unimpeded 360-degree views of the city and surrounding areas and are large enough to allow up to 20 guests to walk comfortably around without the feeling of movement or vibration.

One of the extra added attractions of the Melborne Star experience is having had Heston Blumenthal and Masterchef Australia create “the biggest revolving restaurant in the world.” 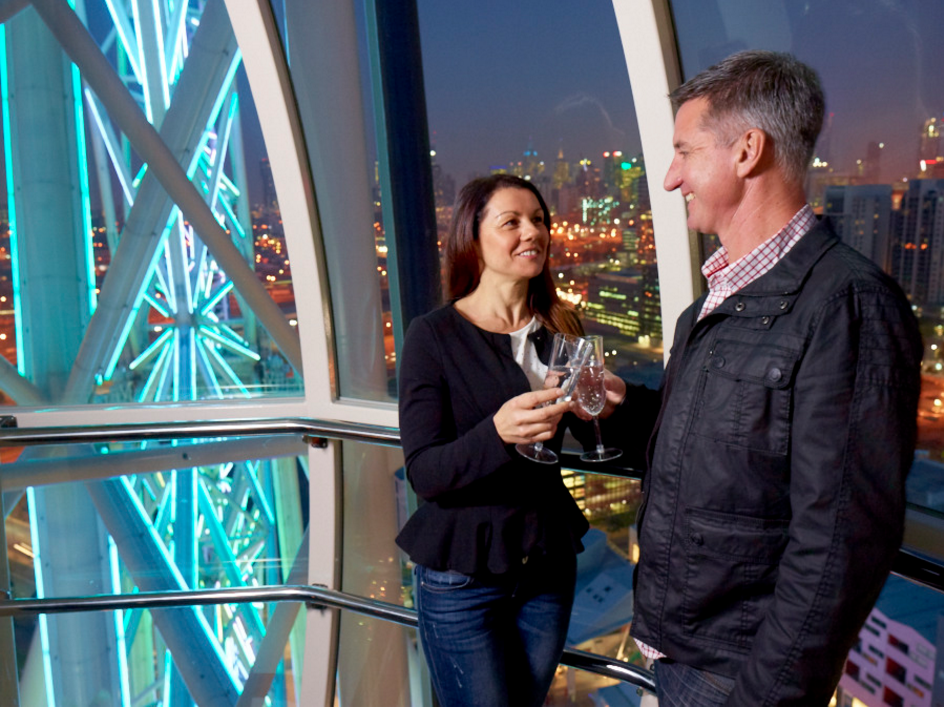 * Single or double rotation in a private cabin with confirmed departure time
* Your choice of either sparkling, red or white wine
* Please select from either: Chocolate dipped strawberries or Mini seeded baguette with shaved leg ham, caramelised onions and brie
* One personalised photo book
* Food and beverage host
* Plus, a “high tea” package option.

Next month:  The London Eye