INTERVIEW with Carme Ruscadella, who is the gastronomic advisor for Mandarin Oriental Barcelona and owns Restaurant Sant Pau in Spain and Tokyo.

GUEST BLOG / By Concha Caina, writer, The Club, inflight magazine of British Airways--Ever since she opened her first restaurant just outside of Barcelona in 1988, Carme Ruscalleda has been a leading figure on the Catalan culinary scene – not least because she was the world’s first female chef to receive seven Michelin stars for her restaurants in Spain and Tokyo. Here, she shares her favorite foodie spots in the city 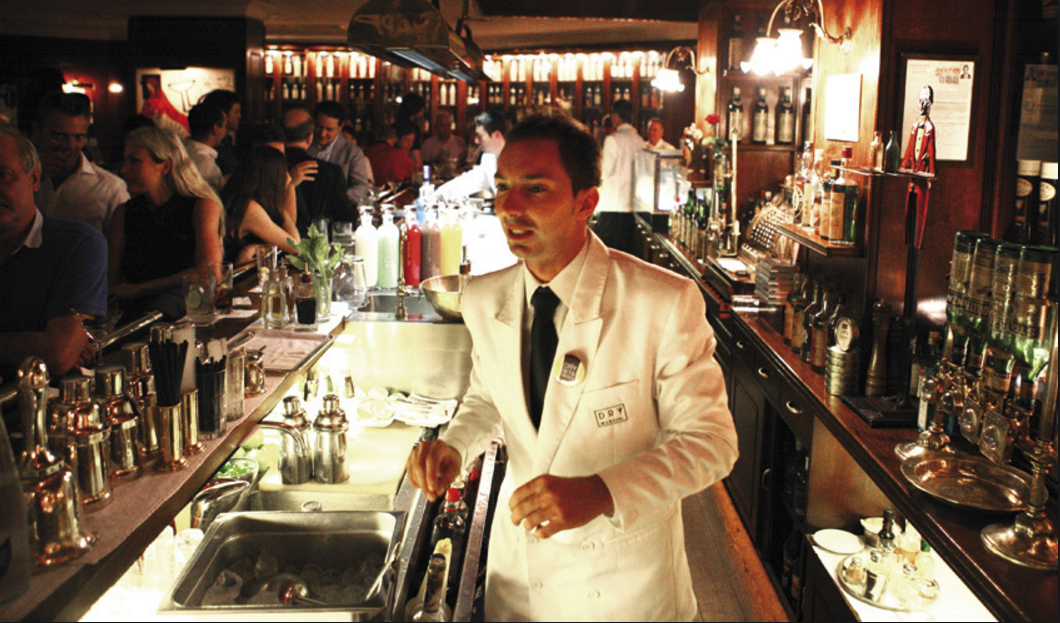 A reliable place for pre-dinner drinks
Dry Martini in Eixample (above) is one of the coolest cocktail bars in town. It is a beautiful space (think leather banquettes and antiques) with impeccable service and, of course, excellent Martinis. I don’t understand how the staff manage to keep their white jackets totally wrinkle-free.

Foodie souvenir to take home
Pick up a bottle of Hong Kong/Maresme sauce, a sweet-and-sour sauce that we make at Moments – you can buy it only at Mandarin Oriental Barcelona. Just a splash is guaranteed to enhance your pasta, a fish dish or an omelette.. 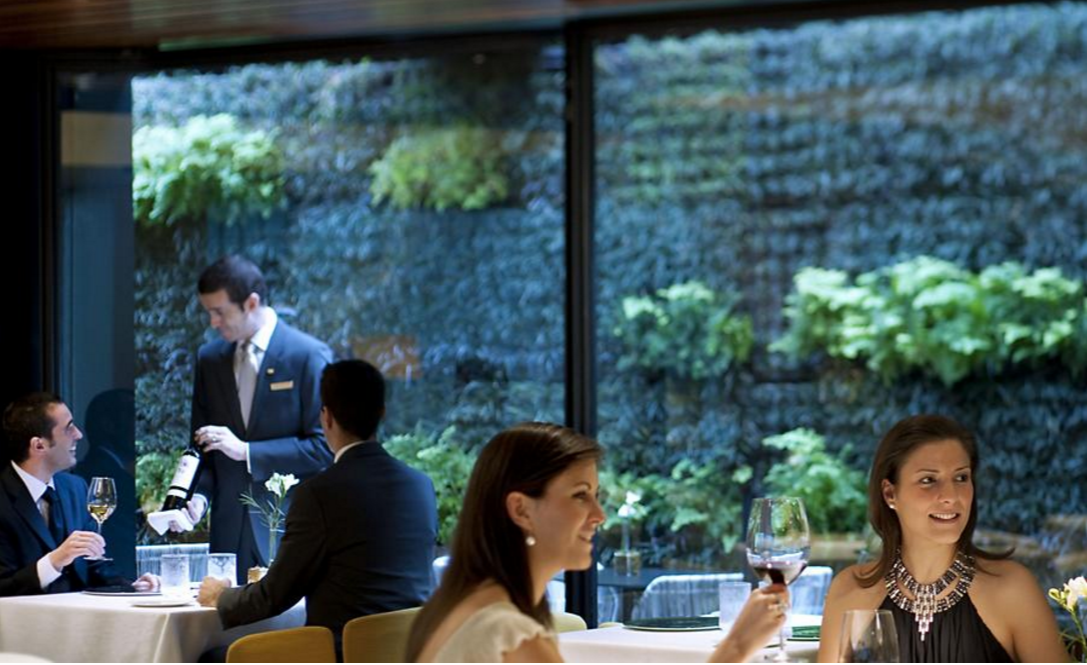 Where to impress on a date
Your date won’t fail to be impressed at Moments, a two-Michelin-starred fine-dining restaurant at Mandarin Oriental Barcelona (above). A modern Catalan menu is inspired by the seventh art – cinema – so you can expect the 13-course tasting menu to take its lead from great films such as Octopussy (octopus cannelloni filled with potatoes and paprika) and The Silence of the Lambs (suckling lamb and lamb brain, borscht and dried fish flakes).

Head to Semon in Sarria-Sant Gervasi, a delicatessen that has been in Barcelona for what seems like forever. As well as delicious salads to go, you can pick up cured meats, ready-made dishes such as croquetas and albondigas (meatballs), and an incredible selection of cheese and wine. 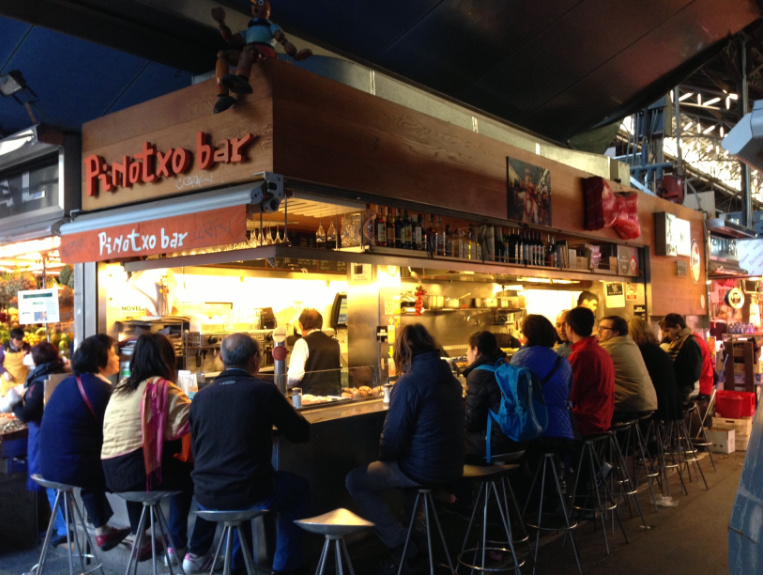 Breakfast spot
When the city wakes up, the best place to witness the beginning of a new day is Pinotxo Bar (above) at Mercado de la Boqueria – the earlier the better as the bar opens at 6am. Charismatic manager Juanito Bayern will serve you either coffee with a freshly made pastry or, if you prefer using knives and forks, whatever is available that day. 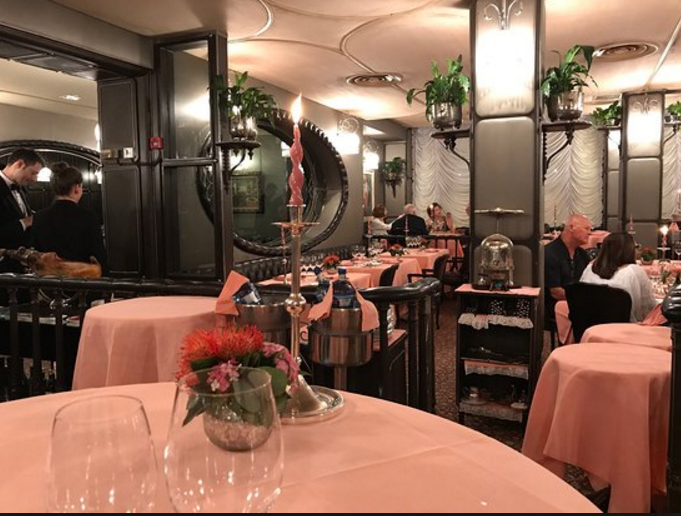 Best lunch spot
Via Veneto (above), just off Avinguda Diagonal, has been a discreet meeting point – perfect for business meetings – since the 1960s. It broke the mould at that time, when it was the headquarters of the so-called ‘Gauche Divine’ [a movement of left-wing intellectuals and artists that spread through Barcelona in the 1960s and early 1970s]. The setting is beautiful and the food is divine. 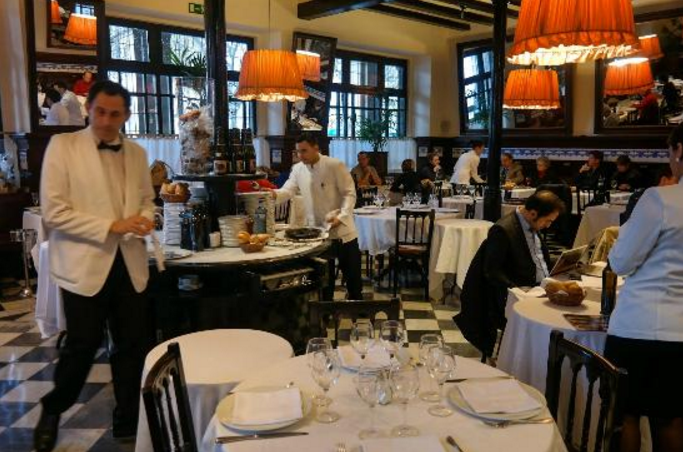 Hip hangouts where children are welcome
It may not be hip and cool in the modern sense, but 7 Portes (above) has been in Barcelona for the past 180 years and is perfect for families because it is very spacious and, of course, the food is very good – they serve big sharing plates of casseroles and paella. My husband’s dad used to take his family there and we carried on the tradition with our own children when they were younger. 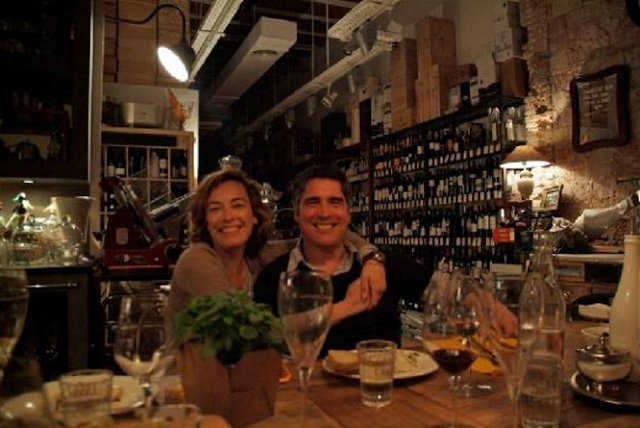 Local independent that deserves to stay in business
A mix between an old-fashion delicatessen and New York bistro, La Cuina d’en Garriga (above) is a charming gourmet shop bursting with character. Whether you buy Santoña anchovies and amazing bread to take home or order the dish of the day, you won’t be disappointed – everything is exquisite. 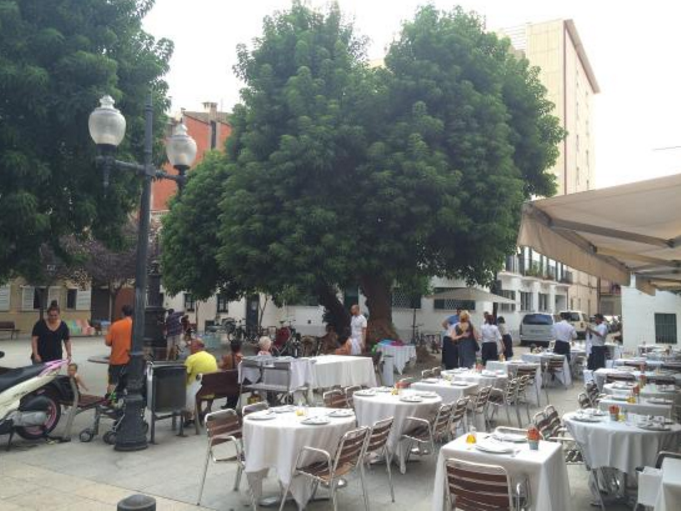 Dining experience worth leaving town for
Head to El Poblenou – which was once a village outside the city, but is now considered a Barcelona neighborhood – and seek out Els Pescadors. The no-frills fish restaurant has truly kept the soul of Barcelona’s seafaring tradition – the menu changes depending on the catch of the day. Be sure to order the rice in fish broth with monkfish.