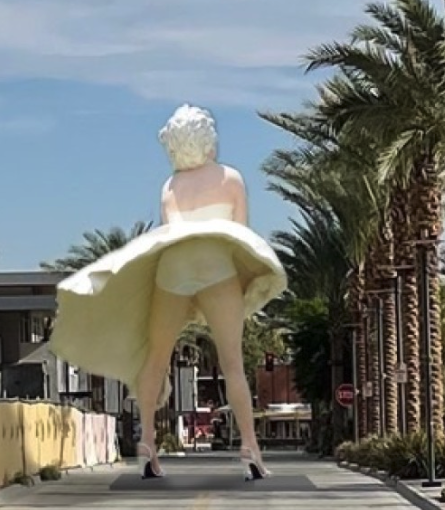 The hotel industry in Palm Springs covets the idea of putting a 26-foot-tall statue of the late Marilyn Monroe feet from the entry of the iconic Palm Springs Museum.

Marilyn, the statue, by a scion of the Johnson & Johnson fortune (who created Forever Marilyn from an iconic Hollywood publicity shot by photographer Sam Shaw:) and others, shows her body positioned to moon the museum.

“How this travesty came to pass is hard to say,” writes first rate Los Angeles Times Art Critic Christopher Knight. In fact, Knight calls the creator of the film star's statue  (John Seward Johnson, II) a “hack.” And, we agree, if anyone can be familiar with hack art (because there is so much of it there) it would be an art critic of the LA Times.

Bad taste aside and forget any lessons from the #MeToo protests, the statue's pending installation needed Palm Springs City Council approval to place it in front of the Museum.

Now some residents are suing and the local courts are hearing the case.

The hotel industry argues mooning Marilyn is essential to kickstarting a couple of slow years for desert tourism. And, the statue is supposed to remedy that by attracting hordes of selfie lookie loos posing under her legs. At least, the resort leaders didn’t remove her panties, which already are the largest pair of unmentionables in the wild, wild, West.

Oh, we could go on, but here is the rest of the story by Christopher Knight online: Click here.

And, the local newspaper the Desert Sun is all over the flap between citizens opposed and the hotel barons. Click here. 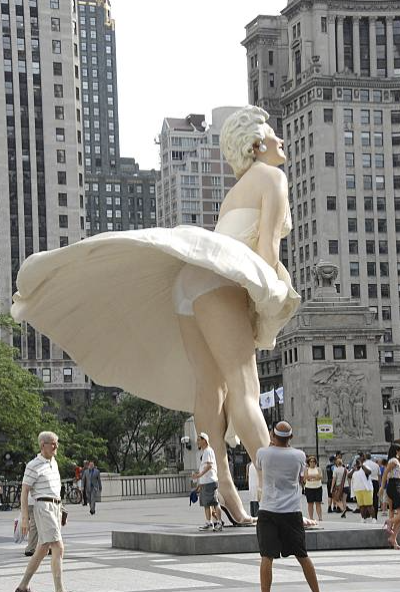 The statue was created earlier last decade and for a while made an appearance in Palm Springs and Chicago, before it was asked to leave the windy city (above).  From there it went to New Jersey where it has been ever since. 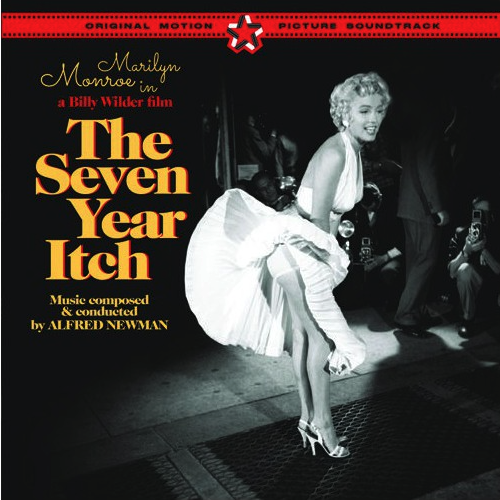