COFFEE BEANS & BEINGS / LIKE YOUR COFFEE BLACK. WHAT'S THAT TELL ABOUT YOU? 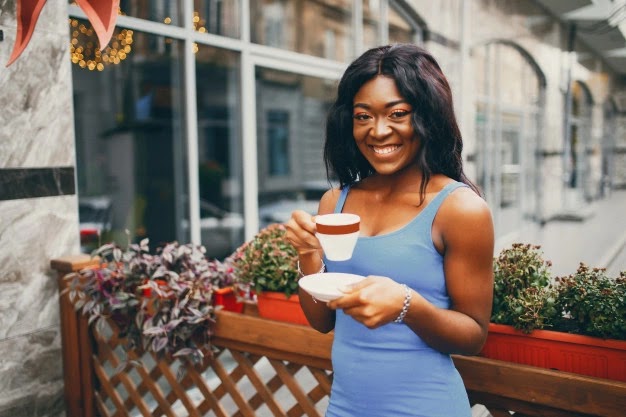 GUEST BLOG / By Sandee LaMotte, Columnist, CNN Health--Prefer your coffee black? Then you probably like dark, bitter chocolate, according to new research identifying a genetic basis for those preferences.

If that's you, then congratulations -- you are the lucky genetic winner of a trait that may offer you a boost toward good health, according to caffeine researcher Marilyn Cornelis, an associate professor of preventive medicine at Northwestern University Feinberg School of Medicine. "I tell people my cup of tea is coffee research," Cornelis said. "It's a hot topic." Why hot? Because studies find moderate amounts of black coffee -- between 3 and 5 cups daily -- has been shown to lower the risk of certain diseases, including Parkinson's, heart diseases, Type 2 diabetes and several types of cancer.

Your morning cups of coffee and tea could be associated with lower risk of stroke and dementia. But those benefits are likely to be more pronounced if the coffee is free of all of the milks, sugars and other fattening flavorings we tend to add.

"We know there's growing evidence suggesting there's a beneficial impact of coffee consumption on health. But reading between the lines, anyone advising someone to consume coffee would typically advise them to consume black coffee due to the difference between consuming black coffee and coffee with milk and sugar," Cornelis said. "One is naturally calorie free. The second can add possibly hundreds of calories to your coffee, and the health benefits could be quite different," she added.

A gene for coffee

In prior research, Cornelis and her team discovered that a genetic variant may contribute to why some people enjoy numerous cups of coffee a day, while others do not. "People with the gene metabolize caffeine faster, so the stimulating effects wear off faster, and they need to drink more coffee," she said.

"This could explain why some individuals seem to be fine consuming a lot more coffee relative to someone else who might get jitters or become very anxious," she added.

"We found coffee drinkers with the genetic variant that reflects a faster metabolism of caffeine prefer bitter, black coffee," Cornelis said. "We also found the same genetic variant in people who prefer plain tea over sweetened, and bitter, dark chocolate over the more mellow milk chocolate."

Bitter foods and that mental boost

But here's a twist. Cornelis and her team don't think the preference has anything to do with the taste of plain black coffee or tea. Instead, she said, people with this gene prefer black coffee and tea because they associate the bitter flavor with the boost in mental alertness they crave from caffeine.

"Our interpretation is these people equate caffeine's natural bitterness with a psycho-stimulation effect," Cornelis said. "They learn to associate bitterness with caffeine and the boost they feel. We are seeing a learned effect." The same applies to the preference of dark over milk chocolate, she added. "When they think of caffeine, they think of a bitter taste, so they also enjoy dark chocolate," Cornelis said.

"It's possible these people are just very sensitive to the effects of caffeine and they also have that learned behavior with other bitter foods." Dark chocolate contains some caffeine, but much more of a compound called theobromine, a known caffeine-related stimulant of the nervous system. But more is not better when it comes to theobromine, studies find -- higher doses can increase heart rate and ruin mood. 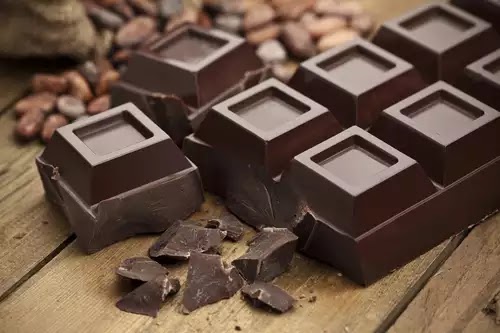 Dark chocolate is also full of calories, so keeping consumption down is good for the waistline. Still, studies find that even a small bite of dark chocolate a day can contribute to heart health and reduce the risk of diabetes. That's probably because cocoa contains plenty of flavanols -- epicatechin and catechin -- antioxidant compounds that are known to improve blood flow.

Other foods that contain flavanols include green, oolong and black teas; red wine; kale; onions; berries; citrus fruits and soybeans. Future studies will try to tackle the genetic preference for other bitter foods, Cornelis said, "which are generally linked to more health benefits." "It might show that individuals who are genetically predisposed to consume more coffee are also engaged in other potentially healthy behaviors," she said.