MEDIA MONDAY / DOES IT HELP IN THE LONG RUN TO CALL DRUG & ALCOHOL ADDICTIONS A DISEASE? 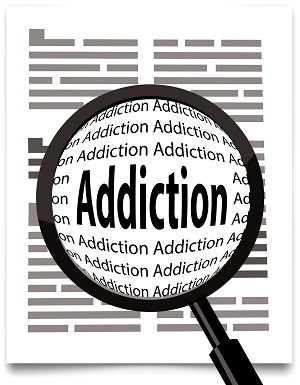 Note: Dr. Fisher is an addiction physician and bioethicist. He’s the author of “The Urge: Our History of Addiction.”

In 2010, a little more than a year after graduating from medical school, I was admitted to a psychiatric ward at Bellevue Hospital after a drinking and Adderall binge. The first day there, I was finally ready to acknowledge that I had a problem with addiction.

After a few days alone on the ward, however, I started calling around to friends, trying to get them to sign on to my newly revised opinion that my problem wasn’t that bad after all. Denial is common for people with substance problems. But in my case, my very idea of addiction was working against me.

I thought addiction was an extreme mental illness — a “disease,” as I learned in medical school and later, in rehab. I understood addiction as a damaged condition that neatly divided me from the normal population.

Addiction as a disease made sense to me initially, but before long, I realized how harmful that view was. Annual U.S. overdose deaths recently topped 100,000, a record for a single year, and that milestone demonstrates the tragic insufficiency of our current “addiction as disease” paradigm.

Thinking of addiction as a disease might simply imply that medicine can help, but disease language also oversimplifies the story and leads to the view that medical science is the single best framework for understanding addiction.

Addiction becomes an individual problem, reduced to the level of biology alone.

This narrows the view of a complex problem that requires community support and healing. Once I was a few years into my recovery, I began studying addiction medicine, in no small part to make sense of what had gone wrong with me and my family — both of my parents were alcoholics.

I found little help from my own field, which is divided into sometimes clashing schools of thought about how addiction works. As a result, I looked beyond medicine and science to history, philosophy and sociology; addiction is an idea with a long, messy and controversial history, dating back more than half a millennium.

That history deepened my understanding of addiction and helped me make sense of my own experiences. Around 500 years ago, when the word “addict” entered the English language, it meant something very different: more akin to a “strong devotion.” It was something you did, rather than something that happened to you.

For example, an early writer counseled his readers to “addict all their doings towards the attainment of life everlasting.”

My experiences and those of my patients seem more in line with how 16th- and 17th-century writers described addiction: a disordered choice, decisions gone awry.

Benjamin Rush, a founding father of the United States and one of the most influential physicians in America in the late 18th century, was particularly focused on mental illness. He was famous for describing habitual drunkenness as a chronic and relapsing disease. However, Rush argued medicine could help only in part; he recognized that social and economic policies were central to the problem.

It was the later temperance movements of the 1820s and 1830s that emphasized a harder language of disease, insisting that people with drinking problems had been damaged by a sort of reductionist biology, that “demon rum” took you over, as in a possession.

It’s imperative to be careful about these types of deterministic stories. Such reductionistic narratives were repeatedly used as a justification for racist, oppressive crackdowns in the United States, on Chinese opium smoking at the turn of the 20th century and on crack cocaine in the 1980s, which was painted as a problem primarily in Black neighborhoods.

Today, amid the opioid overdose epidemic, addiction is more likely to be called a disease, but the language of disease has not done away with the misleading notion that drugs hold all the power. Not all drug problems are problems of addiction, and drug problems are strongly influenced by health inequities and injustice, like a lack of access to meaningful work, unstable housing and outright oppression.

The disease notion, however, obscures those facts and narrows our view to counterproductive criminal responses, like harsh prohibitionist crackdowns. In contrast, today, descriptions of “brain disease” imply that people have no capacity for choice or self-control.

This strategy is meant to evoke compassion, but it can backfire. Studies have found that biological explanations for mental disorders increase aversion and pessimism toward people with psychological problems, including addiction. What’s needed now more than ever, with overdose deaths on the rise, is not fatalism or dehumanization, but hope.

I am not saying that addiction is not a real problem, and as a person in addiction recovery, I would never deny that it is a problem of profound challenges with self-control. I know that for some of my peers in recovery and their families, the disease analogy helps them make sense of those struggles and the terrifying breakdown of reason that comes when people cannot seem to change despite their best efforts.

There are innumerable ways to make sense of addiction and many paths to recovery. But the view of addiction as disease fails to capture much of the experience of addiction, and disease language is not necessary to make the point for humane treatment.

Today, I am grateful to be in recovery from addiction. I have made peace with the idea that I am the kind of person who should not drink, at least for today. But I do not need to consider it a disease to do this.

I believe that waking up to addiction is a tremendous gift, because it points us toward universal human struggles with self-control and working with our pain. In that sense, addiction is profoundly ordinary, contiguous with all of human suffering.

We cannot end it, we certainly cannot cure it, and medicine alone will never save us. But if we drop the idea of disease and open up to a fuller picture of addiction, it will allow for more nuance, care and compassion.