GUEST BLOG / By Celia Pedroso and photography by Rodrigo Cabdrita--On a hidden street in Lisbon’s residential Anjos neighborhood, Francisco (Chico) Jesus and Daniela Silvestre are busy prepping for dinner service. It’s still early afternoon, but there’s a lot to do before the doors of Patuá open at 7:30pm.

Some Chinese art pieces are scattered about their restaurant, hinting at the tastes to come – though these only tell one part of the story. At Patuá, food hailing from the former Portuguese colony of Macau – now administered by China – anchors the menu, but the restaurant is also chronicling the evolution of the Portuguese post-colonial kitchen, with the country’s connection to India and the African continent making an appearance on the plate.

Chico and Daniela met in the kitchen of Damas, a popular restaurant-bar and club in Lisbon’s Graça neighborhood. Both had worked previously in other restaurants while studying the culinary arts.

Macanese cuisine reflects the context and history of the territory, which was leased to Portugal by China as a trading post in 1557 after the Portuguese colonized it in the early 1500s. The territory – today known for its casinos – was ruled by the Portuguese until 1999, when it was handed back to China.

For almost 500 years, Lisbon and Macau kept a tie, as far apart as they are and as unlikely as this tie was to last, in the process leading to the creation of a fusion cuisine that is distinctly Macanese. Macau was, in many ways, the epicenter of all Portuguese-related activities in Asia, with people and products from all over the continent coming and going.

Patuá Restaurant, which first opened its doors in October 2019, has been filling that gap, while also reimagining what Macanese cuisine can be. The spark for Patuá came about when Chico, tired of making the European-influenced dishes he had always cooked professionally, started working with the Asian food and ingredients of his home, preparing it for the staff at Damas. He composed basic meals like the minchi he ate for so many years growing up, drawing the aromas and flavors from his memory. The staff loved it. Composed of rice, cubed fried potatoes and minced meat with a fried egg on top, Chico’s minchi is garnished with chives and threads of togarashi, a dried chile that tastes almost like paprika and looks like saffron. “It gives a beautiful color without the heat. And the name ‘minchi’ comes from the English minced meat,” explains Daniela. The dish, Chico says, is a good example of the kind of cultural mixing that took place in Macau.

A good example is what inspired his restaurant’s name: Patuá, Macanese patois, a mix of Portuguese, Cantonese and Malay, with dashes of other languages thrown in, from Sinhalese to Thai and English. 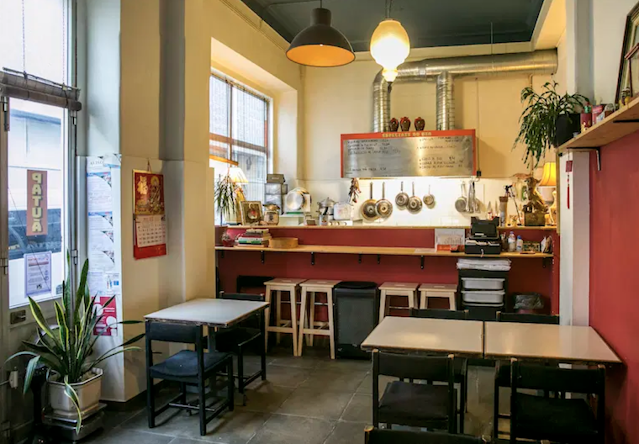 “We say we are a restaurant with a strong influence from Macau, but I’m not trying to be a bastion of Macanese food,” Chico says. “We have influences from all over, and we want to have the freedom to present dishes from anywhere, such as caldo de mancarra [a dish from Guinea-Bissau that Chico makes with free-range chicken, peanut butter and seafood], or cabra à Tia Licínia [from São Tomé, with slow-cooked goat, palm oil, tamarind and spices].”

We point out to him and Daniela that these foods all seem to be from former Portuguese colonies or the Lusophone world. “That is true, but it was not planned. It just reflects our personal taste,” Daniela adds. A gastronomic culture really exists in my family, something that is true for the Macanese community, in general. Food is a cultural statement.

Some of the specials, which change frequently, are tributes to Chico’s Macanese family, like the prawns honoring Uncle Gégé – cooked in a Thai-Malaysian sauce with coconut milk, lemongrass and spices – or the goat dedicated to Aunt Tlicínia. These have been so popular that they might make it onto the permanent menu alongside the minchi and sambal de beringelas (Indonesian chile paste with eggplant).

Though the fish dishes are seasonal, Chico promises to serve the popular peixe à cantão (deep-fried whole fish) as often as possible. Other menu items, like a dessert called bebinca, tell the larger story of how Portugal’s expansive colonial footprint shaped how people ate. For this particular layer cake, a classic example of Indo-Portuguese cuisine in Goa but which has its roots in the tradition of convent-based sweets-making in Portugal, the pair chose a Macanese-Goan recipe they had found in a culinary compendium of Macau.

Pork with balichão (a sauce made with shrimp, pepper, bay leaf and chile) is another interesting dish that is found both in Goa (where it’s called balchão) as well as in Macau. “The Macanese version is thicker in texture and sweeter, made with tamarind,” he says. Patuá got off to a rough start, opening its doors just a few months before the pandemic hit Portugal, forcing the restaurant to temporarily shut down.

Last year also had its challenges, but the restaurant seems to now be hitting its stride, drawing new fans (it was among our “Best Bites” of 2021) and earning plaudits for its cooking and thoughtful approach to the subject of Portugal’s colonial history. In its own way, Patuá appears to be part of an emerging movement to preserve Macanese culture, especially its language (UNESCO classifies Macau’s patois as “critically endangered,” estimating in 2000 that the number of active speakers was just 50).

We imagine projects like Patuá could be the first of many more restaurants in Lisbon putting Macau back on the plate, as obscure as the place may seem to some locals.

There’s a wonderful irony here: In a neighborhood designed to be a monument to Portuguese colonialism, there’s a restaurant now devoted to exploring what it means to be a post-colonial kitchen and, in the process, making its mark on Lisbon. 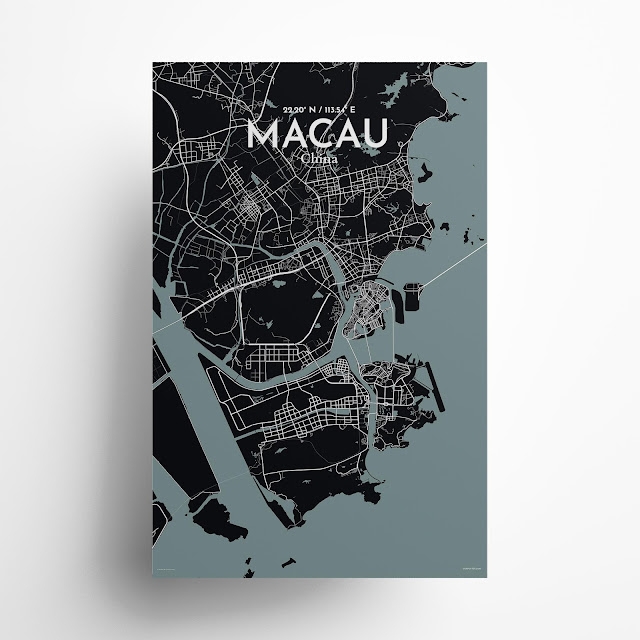