GUEST BLOG / By CNN’s Space and Science Reporter Ashley Strickland. While mapping radio waves across the universe, astronomers happened upon a celestial object releasing giant bursts of energy -- and it's unlike anything they've ever seen before.

The spinning space object, spotted in March 2018, beamed out radiation three times per hour. In those moments, it became the brightest source of radio waves viewable from Earth, acting as a celestial lighthouse. Astronomers think it might be a remnant of a collapsed star, either a dense neutron star or a dead white dwarf star, with a strong magnetic field -- or it could be something else entirely. A study on the discovery was published last week in the journal Nature.

"This object was appearing and disappearing over a few hours during our observations," said lead study author Natasha Hurley-Walker, an astrophysicist at the Curtin University node of the International Centre for Radio Astronomy Research, in a statement. "That was completely unexpected. It was kind of spooky for an astronomer because there's nothing known in the sky that does that. And it's really quite close to us -- about 4,000 light-years away. It's in our galactic backyard." 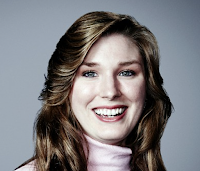