GUEST BLOG / By LivingAsean.com--It’s all the rage in Ho Chi Minh City! We’re referring to the coolest imaginable conversion of this 9-storey former apartment building into a fantastic collection of coffee shops, beauty parlors, fashion boutiques, co-working spaces, restaurants and a great bookshop.
About 30 shops have remodeled and redecorated what were once living units to adapt to new functionalities, many removing inside walls and extending onto outside balconies.
The Café Apartment retains its mid-20th-century form: viewed from outside, it might remind you of a chocolate box. In early days it housed government workers and military personnel, later the general public. All rooms face southwest, with balconies looking out on Walking Street, the city, and the Saigon river. 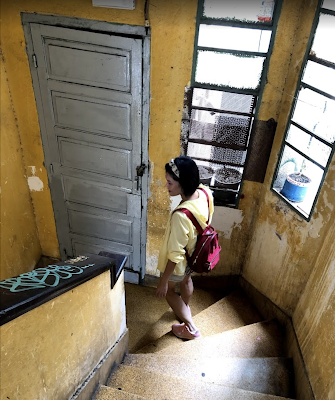 A stairway leads up to each floor, but there’s also elevator service for 3000 Vietnamese dong (VND) – don’t worry, this isn’t anywhere near as much as it sounds – which is reimbursed when paying the bill at any café. The exchange rate more than 22,000 dong (VND) for each US Dollar.
Normal opening hours for cafés are the same as for the building itself: 8AM to 10PM. Drinks and snacks are reasonably priced, but you couldn’t call them cheap. There’s visitor parking nearby at Lucky Plaza for 5,000 dong.
The Café Apartment is located at 42 Nguyen Hue Street (Walking Street) in Ho Chi Minh City, Vietnam. 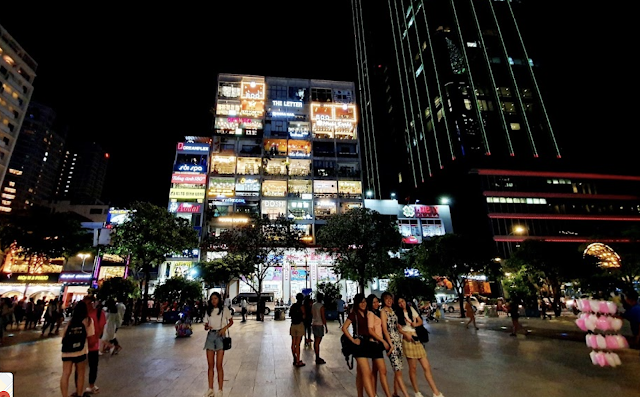 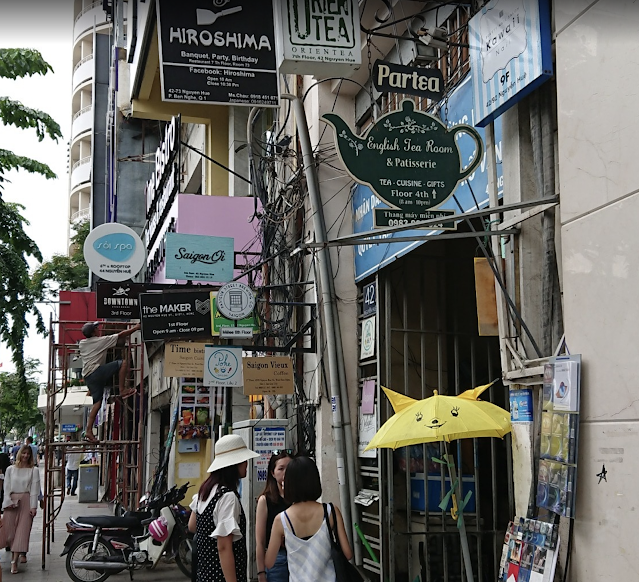 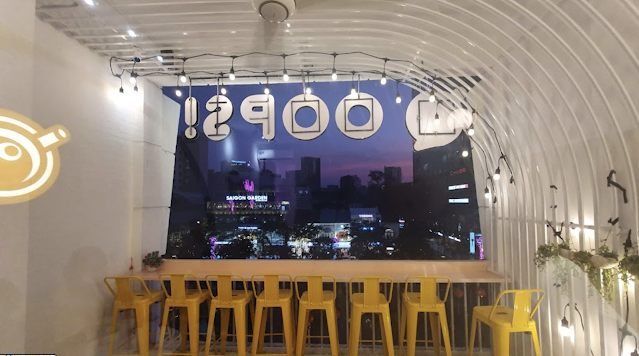 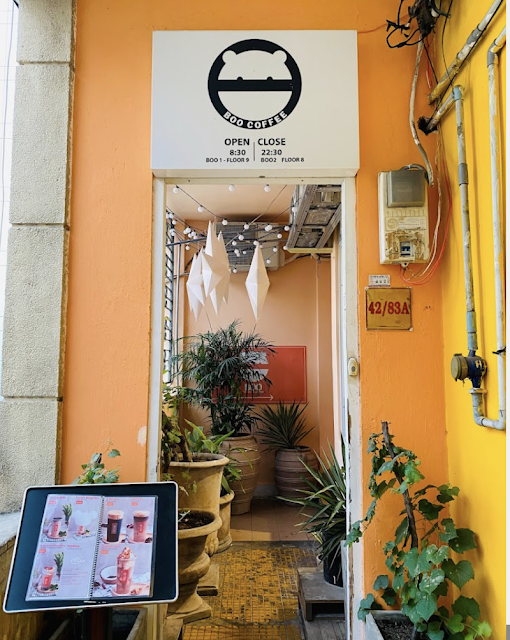 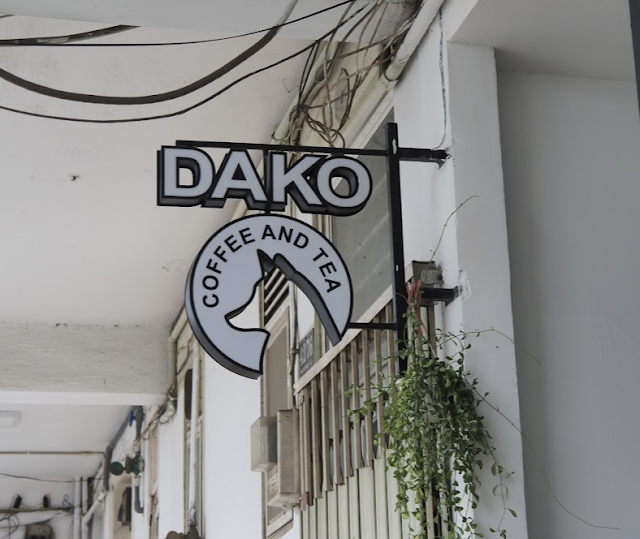 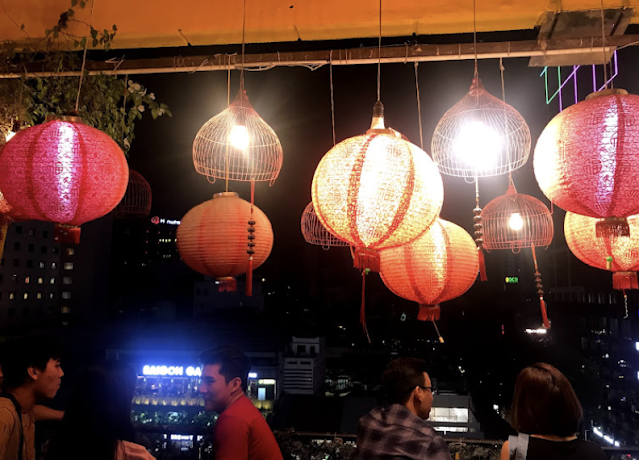 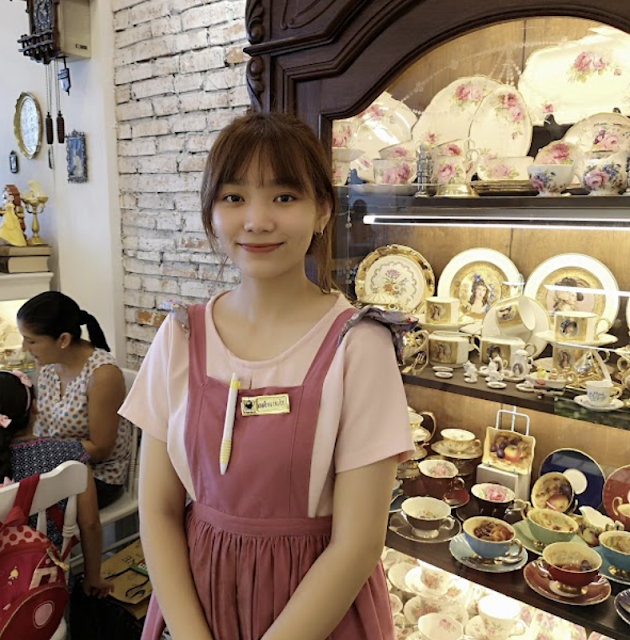 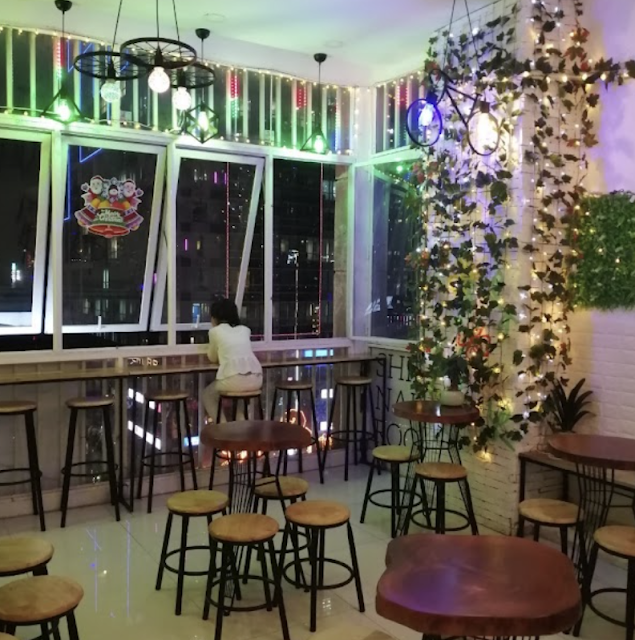 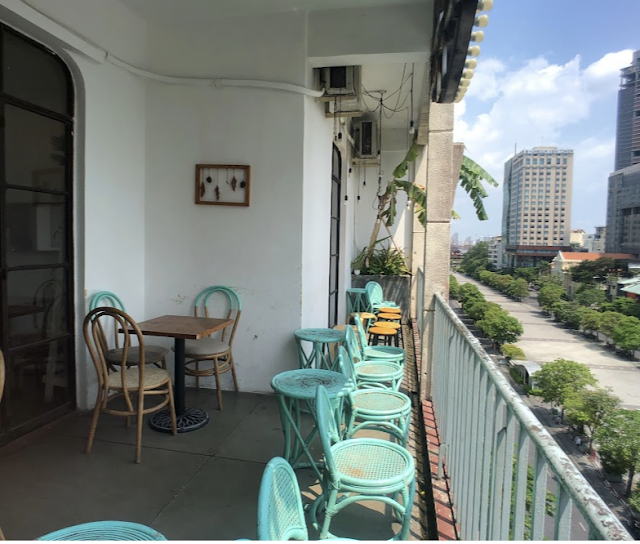 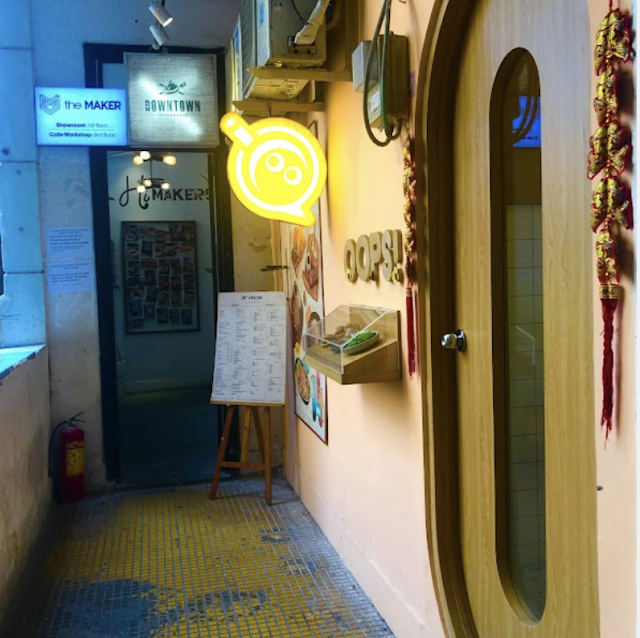 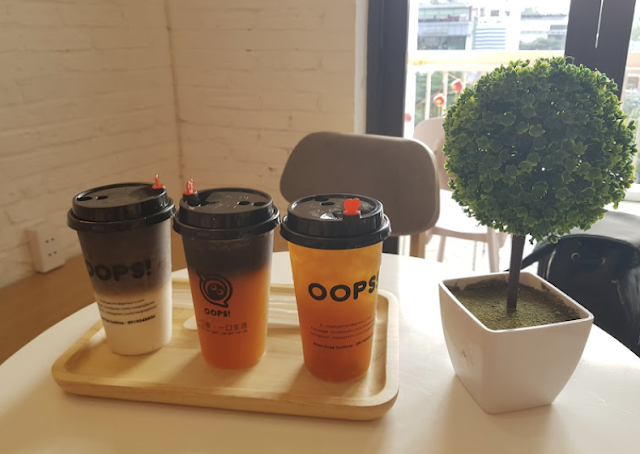