MEDIA MONDAY / APPEARANCE OF IMPROPRIETY; HOW A PUBLIC AGENCY ENJOYS THE HIGH LIFE 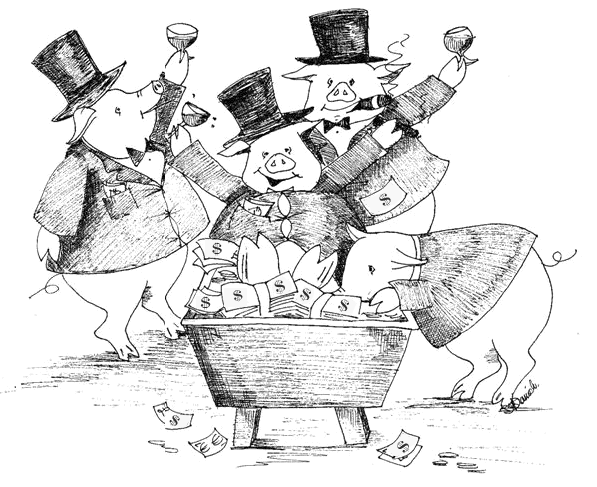 Taxpayers footed the bill for SANDAG staff to enjoy filet mignon, and other upscale dining.

GUEST BLOG / By Jennifer Bowman, reporter, inewsource--Staff at the San Diego Association of Governments [SANDAG] pulled out their employee credit cards hundreds of times to pay for meals, often at upscale dining spots and with bills topping out at more than $100 per visit, an inewsource review of the regional planning agency’s records reveals.

A recent internal audit at SANDAG already flagged questionable purchases on the credit cards, including “unallowable” charges at local restaurants. But receipts and transaction logs now show that taxpayer-funded restaurant visits were a regular practice for some of the agency’s highest-paid employees.

Why this matters. With a $1.13 billion annual budget, the San Diego Association of Governments is a taxpayer-funded planning agency that helps make long-term decisions that impact the entire region.

Staff dined at places such as Rei Do Gado, Donovan’s steakhouse and the U.S. Grant Hotel restaurant, reporting the meals as business meetings in agency records. While employees ate with fellow staff, they also were joined at times by elected leaders, other government officials, board members, consultants and lobbyists.

One expert called the transactions a “clear abuse” of public money. “Perception is everything, and image,” said Sean McMorris, transparency, ethics and accountability program manager at government watchdog group California Common Cause. “If you’re viewed as a corrupt agency or an agency that abuses taxpayer funds, then it takes awhile to rebuild your reputation and rebuild trust within the community. “That’s why these situations are so bad.”

The “vast majority” of expensed meals occurred in San Diego County, meaning they weren’t associated with travel, according to the report. inewsource requested receipts and supporting documents that were reviewed under the audit. Officials were unable to provide a total of charges that were considered improper because documentation to explain purchases was missing.