By David Patrikarakos, war corresponded for UnHerd, an online magazine based in the UK.

The following are Twitter excerpts between David Patrikarakos and DIMA, a Ukrainian military commander.

“All violence is, in the end, a failure of words. Russia has run out of words and so it can only attack Ukraine.”

“Our greatest ally in this war is #Russia corruption & the nature of its army. The soldier in the field briefs his officer: ‘it’s not good but we’re holding’; next guy reports up: ‘we’re holding’; the next guy: ‘it’s going well! This is why Putin doesn’t know how bad things are.”

“It’s like WWII but with modern technology. 2014 (when the Russians took Crimea] was a playground compared to this.”

“I didn’t believe the war would happen bc an invasion needs at least 2-1 numerical superiority. I looked on the borders at the army there & it was clear they didn’t have it. This is crazy. Sometimes you play poker with a bad hand. #Russia is playing without any cards at all.”

“What has shocked me is the callousness of #Russia soldiers to their own men.” [He shows DP a photo taken from a drone of soldiers eating lunch in a ruined house near several bodies lying in the dirt.]  “They’re eating 20 meters from the decomposing bodies of their comrades.”

"They just drop the bodies of their friends into trenches. Sometimes they don’t even bother to cover them We found a grave of 15 bodies a while back. They’d thrown bit of dirt on them but that was it. They don't even respect to the lives of their own comrades. Incredible."

“Their tactics are insane. Chernobaivka has a small military airport. 17 times they've tried to take it. 17 times we've smashed them. Still they come. Our soldiers ask: "Are they dumb?" No, just incapable of independent thought. They just follow orders – no matter how crazy."

"Chechen soldiers? Ha! We call them TikTok soldiers. They're always filming. We found one who was wounded and trying not to fight but instead take a selfie."

"Their job is not to fight but to shoot Russian boy conscripts who don't want to fight. It's Soviet tactics.

"I want to say one thing: @elonmusk's Starlink is what changed the war in #Ukraine's favour. #Russia went out of its way to blow up all our comms. Now they can't. Starlink works under Katyusha fire, under artillery fire. It even works in Mariupol."

"The NLAWs are the best: easy to use, lock, load and move; without them we wouldn’t be taking out so many Russian tanks. On the subject of tanks: We’ve captured more than 100 enemy tanks. We have a joke in the #ukraine army: our biggest weapons supplier is Russia."

“They use Soviet military tactics, which were out of date 30 years ago. But we study Afghanistan, & Israel. Things have changed! #Russia tries to press with Mass. Our strategy is simple: to destroy as much as possible.”

"I know you British have a complicated relationship with your prime minister but here @BorisJohnson has become something of a national hero. We knew from the beginning that Britain was a very ancient and important nation – and it is a country that stands by its word." 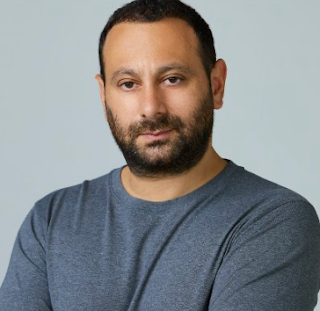 David Patrikarakos is a Contributing Editor at UnHerd. His latest book is "War in 140 characters: how social media is reshaping conflict in the 21st century."(Hachette) @dpatrikarakos

MORE FROM UNHERD.COM AND DAVID PATRIKARAKOS.