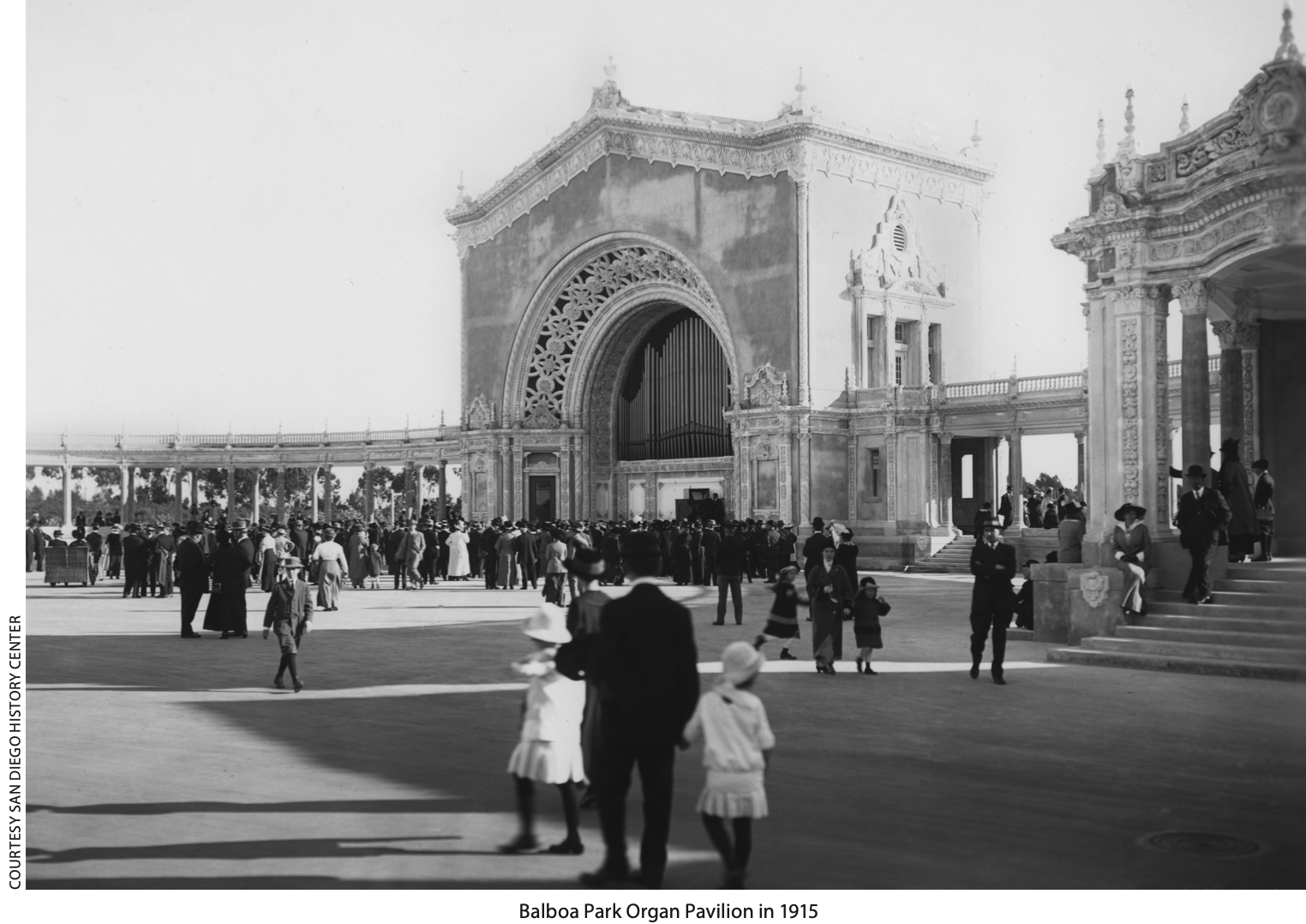 By Thomas Shess (a version of this article appeared in San Diego Home/Garden magazine, December, 2013)--Balboa Park’s Organ and Pavilion remains one of the Spreckels Family’s (mainly brothers John and Adolph) most enduring civic gifts to the City of San Diego.

Unlike many of his industrialist billionaire peers, John Dietrich Spreckels, the eldest of 19th century sugar magnate Claus Spreckels's four sons, was no robber baron, but he was a shrewd businessman. The family fortune was built on Claus’s Spreckels Sugar Co., with operations based near Salinas, CA. To their credit, all siblings became well known for their philanthropy in California. But before the Pavilion was built a few deals had to be made. 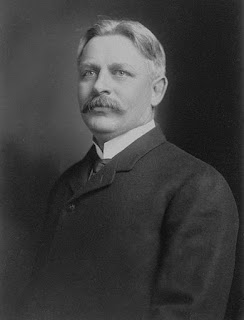 Freaked by the 1906 earthquake in San Francisco, John D. Spreckels moved lock, stock, and fortune to San Diego, where he had local architect Harrison Albright build his new Coronado home and subsequent buildings for his various ventures out of reinforced concrete.

By 1910, Spreckels (photo, left) was fully immersed in San Diego’s enthusiasm for the Panama-California Exposition set to open in 1915. Among his new holdings were the San Diego Union newspaper, the Hotel Del Coronado, and the San Diego Electric Railway.

Like other local tycoons, Spreckels wanted the fair to succeed in order to show San Diego off in the best light. Altruism aside, the Expo would be good for business. Spreckels reportedly held the Organ Pavilion as a carrot before civic and city leaders.

The tit for tat went something like (a) trading Spreckels 100% funding of the Organ Pavilion, plus (b) a note underwriting the costs of the expo in case the venture fell on its face.

In exchange, the Park Commission would agree to (c) switch the location of the fair to the (present) central mesa from the original site proposal (where I-5 meets Park Blvd.). And, (d) allow Spreckels-owned San Diego Electric Railroad to lay tracks through the center of Balboa Park from downtown to Hillcrest and North Park. Once the No.7 trolley stopped delivering passengers to the Expo, the tracks were used to provide mass transit to San Diego until the city switched to buses in 1949.

Of course, the city went for it and on October 28, 1913, the City’s   Park Commission eagerly passed approvals to accept the “free”   Organ Pavilion. With agreements in hand, Spreckels   commissioned Harrison Albright to design the Organ Pavilion.

The Austin Organ Company (Hartford, Conn.) built the organ named Opus 453 and Spreckels cut a check for $33,500 and the pavilion $66,500. Rumors had it that Spreckels disliked the music of Bach and ordered Austin Organ to eschew installing pipes necessary to play Bach’s compositions.

--"The Creation," by the Popular Orchestra and a People's Chorus, conducted by Willibald Lehmann,

--and, for a finale, a rendition of "Unfold Ye Portals" from Charles Gounod's oratorio, "The Redemption," by Chorus, Orchestra and Dr. Stewart, who became the Pavilion’s chief organist (paid by Spreckels) through 1917).

The Organ project was not without some intramural friction. Many Expo architects back in the day railed at Albright’s ornate conventional Italian Renaissance design instead of the more daring Spanish Colonial revival designs of the Expo’s lead architect Bertram Grosvenor Goodhue.

Also, gripes abounded because the Organ Pavilion’s eventual north-facing location put the sun in the audience’s eyes (but not at night as supporters insisted).

Having the stage face north had more to do with the City wanting the project to face nearby Plaza de Panama. Originally, one of the first choices for the organ was present day Navy Hospital, which was outside Expo grounds, but the present site was chosen when the City conveniently made the land available after two South American countries bailed on their Expo participation.

Now, almost 108 years later, the Organ and its Pavilion remain one of the icons of the San Diego social and cultural fabric.